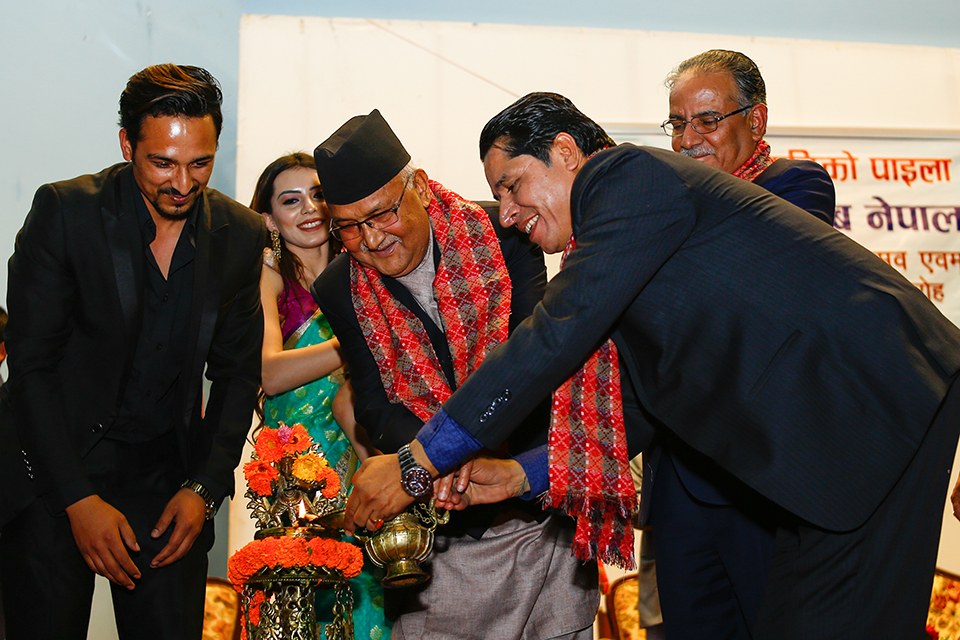 KATHMANDU, April 1: Prime Minister K P Sharma Oli has said that his government will adopt the policy of zero tolerance against corruption.

Stating that the government is trying to create an environment favorable for achieving the goals of development and prosperity in the country, Oli said his government will control and minimize corruption.

“I won't do corruption. Nor will I let anyone do it. Will try my best to control corruption,” said Oli. Addressing the 20th anniversary of the Reporters Club Nepal on Saturday, Oli said that corruption has remained as a major obstacle to development.

Hinting at the election observation report of the European Union, Oli said efforts were being made to “implant communal dispute in the country.” He also came down heavily on the intellectuals defending the voice of foreign forces. “We just need unity, prosperity and peace in the country. We won't allow any attempt to disturb social harmony. Which country in the world will tolerate a challenge to its sovereignty?” asked Oli.

“I appeal to the international community to let us live as Nepalis. We just want peace and internal unity to achieve prosperity. We don't want to reverse towards poverty,” he said.
Dismissing “opposition's rumors” that communists are autocratic, Oli assured that the government will not impose any form of autocracy in the country, nor will it curtail press freedom.

“No one will be left hungry in the country now onwards and the government won't let anyone die of hunger and die of extreme cold,” he claimed.

Coming down heavily on the Netra Bikram Chand-led CPN Maoist party, Oli went on to suggest Chand to “work as an actor in comedy serials instead of being involved in politics.” The Chand-led semi-underground party issued an arrest warrant against Oli from its kangaroo court last week.

Also addressing the program, CPN (Maoist Center) Chairman Pushpa Kamal Dahal stressed the need for commitment from all walks of lives to prosperity, stability and development of the country. “The government and state institutions are facing a litmus test of materializing the commitment for development and prosperity of the country. We must achieve the goal,” said Oli.

He said that the government has the opportunity to drive the country to an era of prosperity ending the transition in the country.

Indian Ambassador to Nepal, Manjeev Singh Puri said that India wishes for press freedom across the world. Photo Coordinator of Nagarik Daily, Bijay Rai was awarded with Babu Tshiri Photojournalism Award on the occasion. The club also awarded another dozen journalists with different prizes on the occasion of its anniversary.

Is the ruling alliance pulling an ‘election stunt’ in Nijgadh?
23 minutes ago