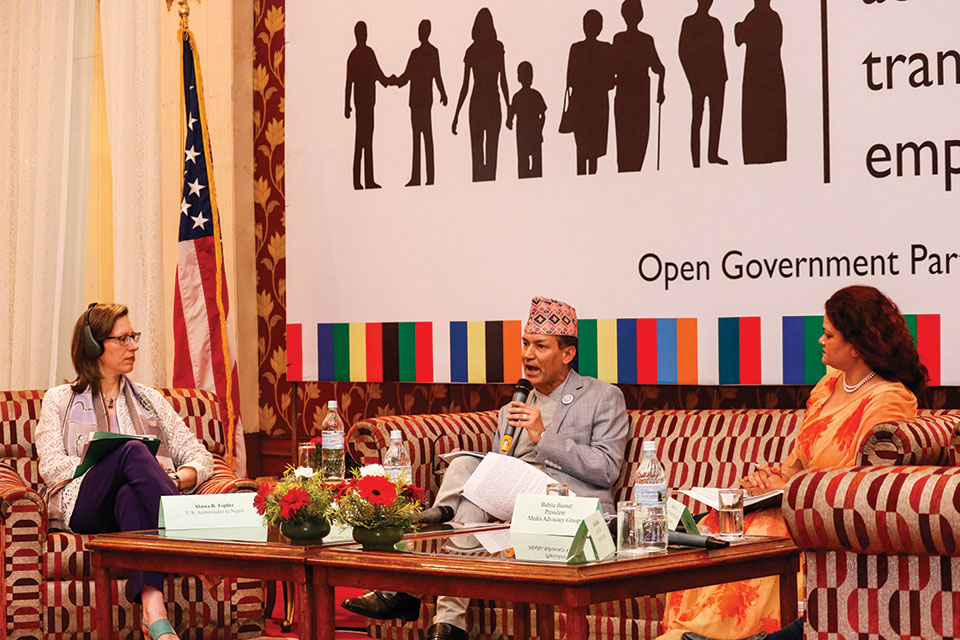 KATHMANDU, May 23: US Ambassador to Nepal, Aliana B Teplitz, has commended the government's commitment to zero tolerance against corruption to curb the social malady.

Addressing an Open Government Partnership (OGP) event in Kathmandu on Tuesday, Teplitz further urged the government for enhancing partnership with the US and other countries to maintain transparency and accountability.

She was of the views that the recent transition of the country into federal and local governance provides an opportunity to deepen the dialogue about ways to enhance transparency and accountability in Nepal. Stating that without transparency and accountability, corruption and public mistrust would thrive and the country's prosperity and stability would be threatened, she hailed the effort of the civil society, private sector, media, and general public for accountable and transparent government.

The OPG initiative includes over 70 countries and 15 sub-national governments.  According to her, governments from all corners of the globe have made over 2,500 commitments to make their governments more open and accountable so far.

NTA calls off proposal to procure own satellite
22 hours ago