Your guide to reading 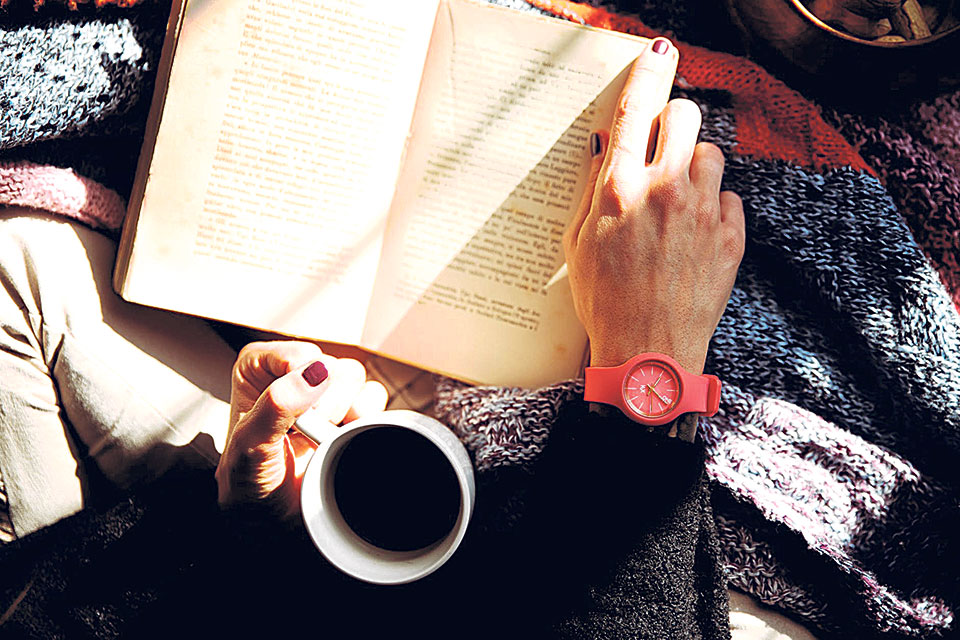 2018 is drawing to a close and you can’t help but think about the things you did or didn’t do this year, like a certain habit you wanted to take up or an activity you wanted to learn.

If one of them was reading but you didn’t know where to start, The Week is here to help you. The thing about reading is that it requires patience.

So if you start off your reading journey with something inappropriate or just something inexplicably complicated then chances are you won’t ever pick up another book in your life. We don’t want that to happen to you. Let’s start anew in 2019 and feel the absolute pleasure that is reading through these recommendations.

For children
We understand that most kids would rather play than read. And that’s completely understandable because childhood is the only phase in a person’s life where they have the absolute liberty to live as they please. But that doesn’t mean parents can’t coax them to make some time for reading too.

Children are imaginative by nature but their attention spans are quite limited so holding on to it requires some great imaginative feat. Think of Roald Dahl’s immortal chocolate factory, that is how attention is captured. There are the obvious classics. We are talking about Dr Seuss, Roald Dahl, Enid Blyton and the likes. But it is important to understand the phase of learning a child is in – picking up a random book from the stacks will not get them reading.

Children from the age of three to five are categorized under level one of reading. They may not grasp words but have visually acute senses. What This Story Needs is a Pig in a Wig is a good book to start with in that case, as are books from Macaw Books. These books have full-page illustrations and simply worded phrases to convey uncomplicated stories. For ages seven to eight, Enid Blyton’s series of Amelia Jane, the Wishing Chair, Faraway Tree and Roald Dahl’s Esio Trot, Magic Finger are good choices.

For teens
In the cusp of childhood and adulthood, this period is quite confusing. As with everything else, it can be difficult to decide what to read. We will make it a little easier for you. If you are in your early teens then old classics may not interest you very much because you still haven’t emerged from the fantasy days of childhood. In that case, start reading the books from the fantasy genre, high fantasy if you will.

Besides the obvious that is Harry Potter (better get on to it if you haven’t already), Artemis Fowl is a good series to pick up. He’s a prodigious boy who grapples through situations on his superior wit making adults feel inferior (the dream, isn’t it?). The Boy in the Striped Pajamas (the narration is so simple you can’t miss the underlying meaning), the Wimpy Kid series(hilarious through and through), Percy Jackson series (demigods and the Greek mythology), and The Little Prince (a book of immeasurable charms) are safe bets. You really can’t go wrong with it.

For Young Adults (or those in their late teens), you’re in luck because there’s a whole genre budding and thriving for you. Ready Player One is a great one. The Selection series, Throne of Glass series, The Secret Life of Bees are also some really good reads. If you’re curious about the world, Nehru’s Letters to his daughter Indira is highly insightful so is the book called The Tao of Pooh. This book observes Taoism from the narration of Winnie the Pooh.

For adults
Adulthood is probably the most thrilling and pressurizing phase is one’s life. Work and family obligations give scant allowances for personal indulgences but there is no reason why reading can’t be an escape for you. Start with something that makes your realities easy to perceive.

Across Many Mountains is story of three generations of Tibetan women who end up in Switzerland after nearly two decades of struggle for survival. The story has a simple narration and portrays the atrocities committed by the Chinese during the Cultural Revolution and through the perspectives of nuns and monks who see their country, as they have known it, stripped off all its culture and national value. Train to Pakistan is another tale of separation that might get you teary-eyed.

Malcolm Gladwell’s books are a good place to start too. He provides a refreshing perspective on popular culture and the guy is hilarious. A Fine Balance, a book set during the emergency and one that entwines the life of three characters, might be interesting to you. Although a historical fiction, this is a book laced with facts and actual tragedies. You can also never go wrong with Dan Brown. Angels and Demons is our recommended pick. Brown is a great storyteller and he has a gift with basing fiction on facts.

For the elderly
It’s never too late to begin reading. Not even when you are questioning a lifetime of decisions and choices. Perhaps it’s even more necessary now that you begin reading. There’s already a huge list of books compiled by Times and such magazines on books you shouldn’t miss out on in your lifetime so working through them is a good way to start.

But if you just want to pick up the steam and get into the zone and the mood for reading then we have some books to suggest. Any of Mitch Albom’s books can be a source of much comfort to you. The Timekeeper is our go-to choice. Three Men in a Boat by Jerome K Jerome is a hilarious read. It’s about three people on a boating holiday. They are all convinced that they suffer through the severest fatalities known to mankind and declare themselves a scientific wonder.

The Little Old Lady Who Broke All the Rules is another light read. This one is about a group of senior citizens who, in their attempts at being hoodlums, rob and hold ransom valuable artwork. Chitra Banerjee’s The Palace of Illusions is an account of Mahabharat through the eyes of Draupadi. Besides this, Banerjee’s other book, The Sister of my Heart, a tale of two sisters and the sacrifices they make for each other in a culturally bound society, is another option. And finally, you know what they say, you are never too old for Harry Potter.

English teachers have to develop skills to teach reading. They should research and find out for themselves what works best... Read More...