Your dogs and you 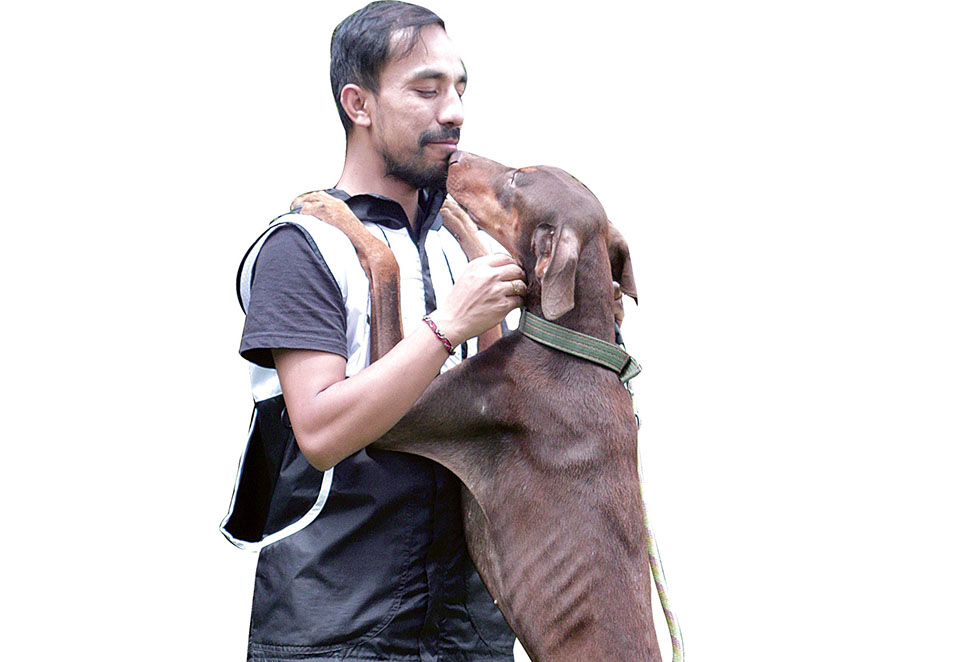 Way before he learnt to walk Rasik Regmi’s family tell him he would crawl towards animals. And in his household there were many. Rasik’s family loved animals. When he was growing up, they had cows, chickens and lots of dogs. Among them, Rasik particularly loved dogs. Before he finished high school, he had a dog farm of sorts of his own. He would pick up dogs from the streets and bring them home. In the last three decades, Rasik says he has had over a hundred of them.

This love for dogs lead him to open Canine Companions, a dog training facility that aims to domesticate and train dogs so that they communicate and leave peacefully with their adoptive families. Rasik often conducts classes to help his clients and their dogs become familiar with each other. “This is necessary because raising a dog isn’t just about giving it food and playing with it. Dogs can be wonderful companions if they’re trained well,” says Rasik adding that Canine Companions uses balance training that is a combination of Force Based Training and Positive Reinforcements.

A combination of both is the most effective, says Rasik, because being too soft or harsh on your dogs is ineffective and defeats the purpose of training them. Rasik suggests existing and possible dog owners to get to know their dogs better and train them. In their observations, untrained dogs develop a 90 percent chance of becoming socially inappropriate animals. “Rather than going for the fanciest breeds (as is the case today) pick up dogs from the streets and train them. It isn’t all that difficult, you just need to know how,” he concludes.