YEMEN, Sept 4: Yemenis file into a makeshift cinema for the first time since fighting broke out in their city of Aden more than three years ago - and watch some of their own story reflected back at them on the projector screen.

The film they have come to see is "Ten Days Before the Wedding" - a gripping drama about a young couple from the southern port city whose marriage plans are nearly derailed by the country's civil war and other troubles.

It is the first film publicly screened there since the conflict erupted, and the first local Yemeni production in years. 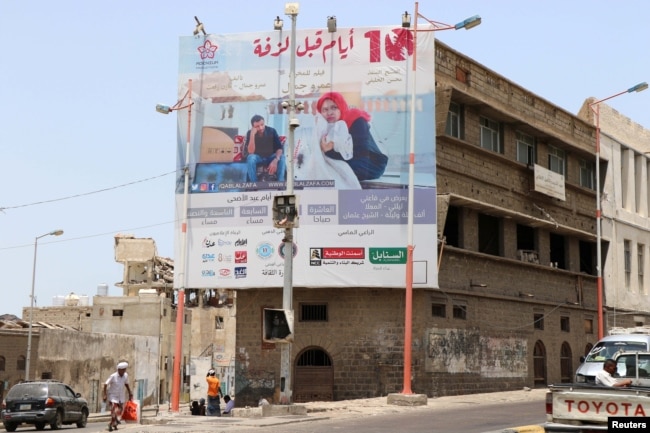 A man walks past a billboard displaying an advertisement for the local movie "10 Days Before the Wedding" in Aden, Yemen, Sept. 1, 2018.

The story rings true for the audience of men and mostly veiled women, sitting on chairs in a hall which is normally used for real-life weddings and other events.

"We lived through each stage of the movie, which talks about each one of us, so we felt as though the film represented us and we were a part of it," says audience member Nour Sareeb.

The story follows the romance between Rasha and Mamoun and branches out to cover broader issues including the country's economic collapse and the prospects of rebuilding after violence.

Characters wrestle with falling incomes, rising prices and the problems of raising a dowry. 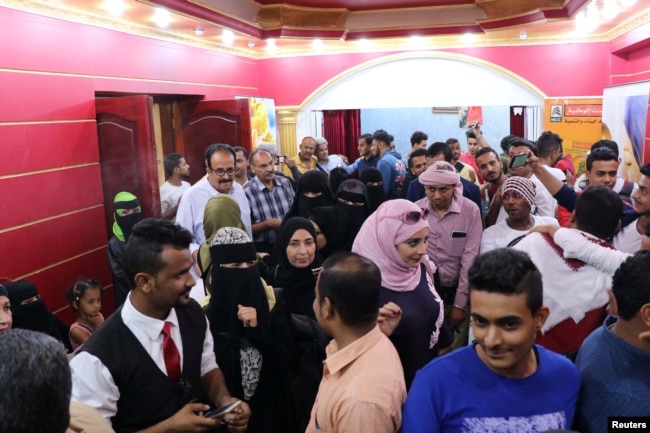 People crowd outside a wedding hall where the local movie "10 Days Before the Wedding" is being played in Aden, Yemen, Sept. 1, 2018.

"We've all suffered because of the war, it has affected us all, but we all have ambition and hopes that the country will get better. We all aspire to be happy in this country," Nour adds.

"We are with you"

Yemen has been devastated by a conflict in which President Abd-Rabu Mansour Hadi's government, backed by a Saudi-led Arab coalition, is fighting to drive the Iran-aligned Houthi group out of the capital Sanaa and other cities it seized in 2014.

Violence dropped off in Aden after pro-government fighters recaptured it from Houthi forces in 2015, though battles erupted again earlier this year as southern separatists fought government troops nominally on the same side of the larger war.

The threat of attacks by militants remains, including some from hardline groups opposed to the Western-tinged world of cinema. And economic decline exacerbated by a weakening currency triggered protests this week that paralyzed activity in Aden and nearby areas.

In such an environment, finding investors for the film was not easy, says director Amr Gamal.

"We had to oppose these ideas that make you fear producing anything in the arts and we had to strive and work hard," he tells Reuters.

"We met with the production team and decided to do it after everyone's agreement. They all told me 'We are with you,' and we were surprised to find that the people in the street supported us," he adds.

The film premiered in Aden during last month's Eid al-Adha Muslim festival and has been running ever since.

The United Nations says the war has created the world's biggest humanitarian crisis, and rights groups say both sides have inflicted indiscriminate violence. More than 10,000 people have been killed, while hunger and disease have spread.

Rain with thunderstorm predicted for today
29 minutes ago