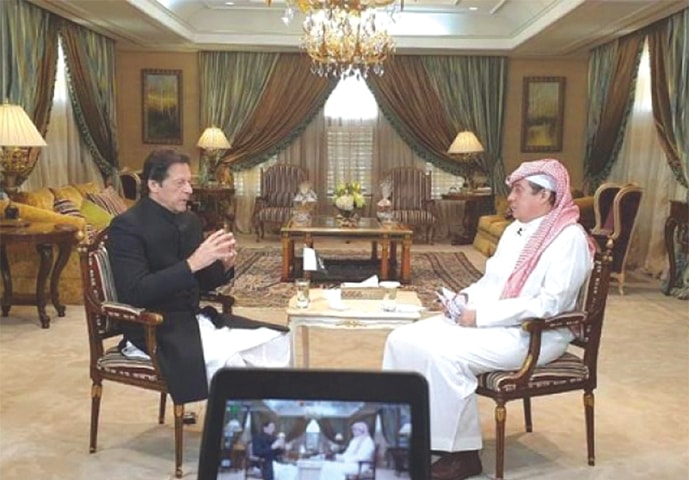 KARACHI, Sept 21: Speaking about the Saudi-Yemen dispute, Prime Minister Imran Khan has told Saudi media that all conflicts could be resolved through dialogue.

“I feel that every conflict has a political solution. I am not a believer in a military solution,” the prime minister said in an interview to a Saudi newspaper published on Wednesday, during his first foreign visit after assuming office.

He said his country was confident of Riyadh’s support as Saudi Arabia had always backed Pakistan.

“Anyone who comes to power in Pakistan will visit Saudi Arabia first as the two countries share a strong people-to-people relationship,” Mr Khan said in his first interview to foreign media after becoming prime minister.

“Saudi Arabia has in the past helped Pakistan when [the country] has been in need,” he added.

Sharing his views on Saudi-Yemen relations, the premier said Pakistan wanted to play a “reconciliatory role” in the Muslim world. “We feel that it’s very important that there should not be any conflict in the Muslim world,” he said, adding that this would be Pakistan’s main effort.

“I would like to ensure peace in the Middle East because it is very distressing for Muslims to see conflict among Muslim nations. There are already several conflicts plaguing the Muslim world, starting from Libya to Somalia, to Syria, Afghanistan... Pakistan has [also] suffered a lot,” Mr Khan said.

“Conflict in the Muslim world is weakening all of us … Pakistan would like to play a role in putting out these fires,” he affirmed, adding that if required for Yemen, Islamabad would play a positive role there also to end the conflict.

“White collar crime is very difficult to fight … it’s a very long process to retrieve the money but we have now set up a task force to retrieve our money that has been taken out of Pakistan,” said the prime minister.

Asked if he would be able to solve old and multiple crises facing Pakistan during his five-year tenure, PM Khan said that he had a three-pronged strategy to realise this dream — to fight poverty and corruption, to invest in human resources and to build strong institutions.

Responding to a question about frequent Houthi attacks on Saudi Arabia, the premier said: “This is a stated position of all our governments that we will not allow anyone to attack Saudi Arabia. We will stand by Saudi Arabia.”

Speaking about his geopolitical policy, Mr Khan said he wanted peace and stability in the region. “To get stability we need peace with all our neighbors. We already have very good relationship with China; we need good relationship with Afghanistan and India. We have made overtures to both,” he said, reaffirming that he wanted to develop relations with both Afghanistan and India based on mutual trust.

Pakistan is the founder member of the Islamic Military Counter Terrorism Coalition which is based in Riyadh. Asked how did the prime minister see the role of Pakistan in this context, Mr Khan said no country in the world but Pakistan could give expert advice on countering terrorism.