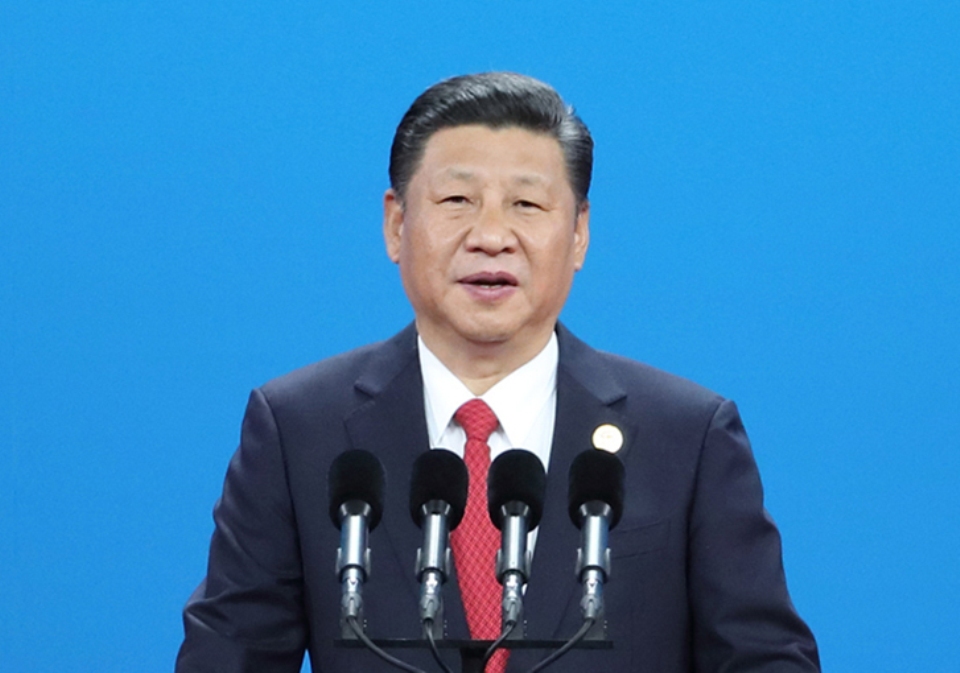 BEIJING, April 27: Chinese President Xi Jinping said Saturday $64 billion in deals were signed at a summit on his Belt and Road Initiative and more nations would join the global infrastructure program as he sought to ease concerns over the colossal project.

Xi and 37 world leaders wrapped up a three-day forum in Beijing with pledges to ensure that projects in his new Silk Road are financially sustainable and green following concerns about debt and environmental damage.

"We are committed to supporting to open, clean and green development and rejecting protectionism," Xi told journalists at the end of the forum, without taking questions.

His signature foreign policy aims to reinvent the ancient Silk Road to connect Asia to Europe and Africa through massive investments in maritime, road and rail projects -- with hundreds of billions of dollars in financing from Chinese banks.

The US, India and some European nations have looked at the project with suspicion. Washington did not send any representatives to the meeting.

"This year's forum sends a clear message: more and more friends and partners will join in the Belt and Road co-operation," Xi said.

Xi said enterprises will be the main driver in all Belt and Road projects and market principles will apply, with governments providing a supporting role.

"This will make the projects more sustainable and create a fair and non-discriminatory environment for foreign investors," Xi said.

Xi said that business leaders meeting at a side event signed some $64 billion worth of deals during the forum, without providing details.

Leaders from Europe, Africa, Asia and Latin America meeting at the picturesque Yanqi Lake outside Beijing agreed in a joint communique that enterprises will act as main players in Belt and Road projects.

The massive projects, financed mainly through Chinese bank loans and investments, have raised concerns that poorer countries are being saddled with debt -- Sri Lanka turned over a deep-sea port to China for 99 years after it was unable to repay loans.

So far Chinese companies and workers have emerged as the primary beneficiaries as they are tapped to build the China-financed infrastructure in other developing countries.

A communique released at the end of the meeting said leaders encouraged multilateral development banks and other international financial institutions to support projects "in fiscally sustainable ways" and mobilise private capital in line with local needs.

"We emphasise the importance of economic, social, fiscal, financial and environmental sustainability of projects," it said.

The draft communique says BRI will welcome developed countries and international investors to participate in the projects.

But the document notes that countries already facing payment problems or in the process of restructuring payments "does not automatically mean that debt is unsustainable in a forward-looking sense".

"Faced with this rising resistance for the past year and a half and this debt image ... China is trying to reposition (BRI) and send a reassuring message," said Nadege Rolland, a senior fellow at the National Bureau of Asian Research, a US-based think tank.

But "let's see how it is put into practice", she said.

Russian President Vladimir Putin praised China for acting in a "civilised and soft manner" and he took a veiled swipe at the United States.

"Nobody wants sanctions, nobody wants trade wars, except those who start them. These sanctions harm the world economy," Putin said, adding that China "currently defends liberal values".

BRI projects have faced pushback in some countries. In Malaysia, Prime Minister Mahathir Mohamad cancelled some planned works and renegotiated a rail project cutting 30 percent off the price tag.

But Mahathir and other leaders attending the summit had fulsome praise for BRI.

Infographics: Why Vietnam for the second Trump-Kim summit?