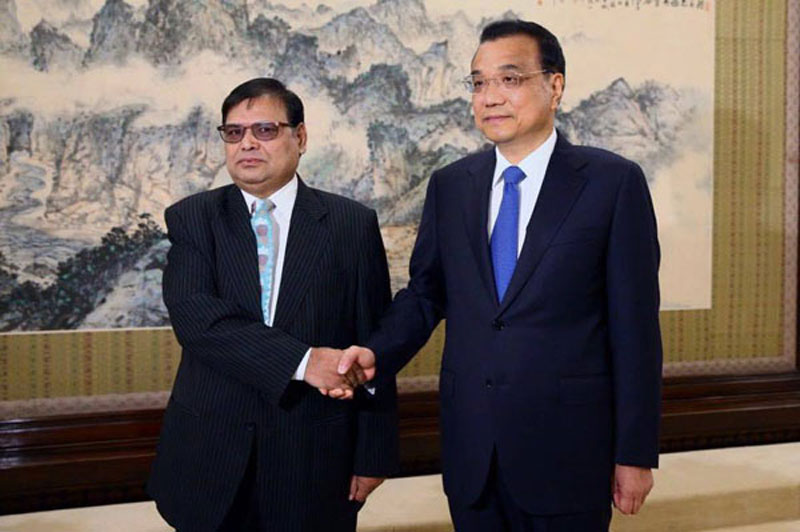 During the courtesy meeting, the Chinese Prime Minister thanked DPM and Finance Minister Mahara for the kind invitations extended to Chinese President, Xi Jinping, and the Premier himself of the People's Republic of China.

On the occasion, the Chinese PM said that he and Chinese President Xi are positive for visiting Nepal and the Ministries of Foreign Affairs of the two countries would stay in touch for necessary coordination, the Embassy of Nepal, Beijing stated in a press release.

Similarly, DPM Mahara expressed his gratitude for the Prime Minister's valuable time and appreciated the government and people of China for their generous support and cooperation in Nepal's socio-economic development.

PM inquires about expansion of Chinese rail network to Nepal

KATHMANDU, Aug 16: Deputy Prime Minister and Minister for Finance Krishna Bahadur Mahara, who is currently in Beijing on a... Read More...