PM inquires about expansion of Chinese rail network to Nepal 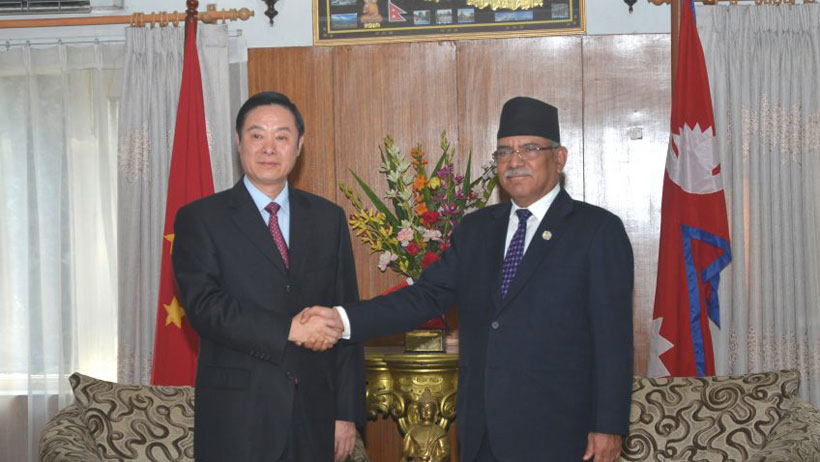 In the meeting held at the Prime Minister's residence, Baluwatar, matters concerning the advancement of mutual benefits and bilateral socio-economic relations were discussed.

On the occasion, the Chinese side had enquired about the matter of 'One Belt – One Road' initiative and ways to advance Nepal's economic development. The Chinese side has expected Nepal's concrete proposal on both the issues.

Also discussed on the occasion was the connectivity between the two countries through road and rail networks. The Prime Minister had inquired about the expansion of Chinese rail network to Nepal and resumption of the Tatopani Customs check point.

Adhikari informed that the meeting also featured the agenda of Chinese President Xi Jinping's visit to Nepal, but the date for the same is yet to be confirmed.

He further shared that the China wished Nepal to take ahead the constitution amendment issue in a positive way taking the voices of all sides into consideration.

Reiterating continued Chinese support to the new government of Nepal, Liu expressed thanks for Nepal's commitment to 'One China Policy'.

The Chinese delegation led by Liu had arrived Kathmandu on Sunday on a three-day visit to Nepal. Earlier, the delegation had paid a courtesy call on President Bidya Devi Bhandari. RSS