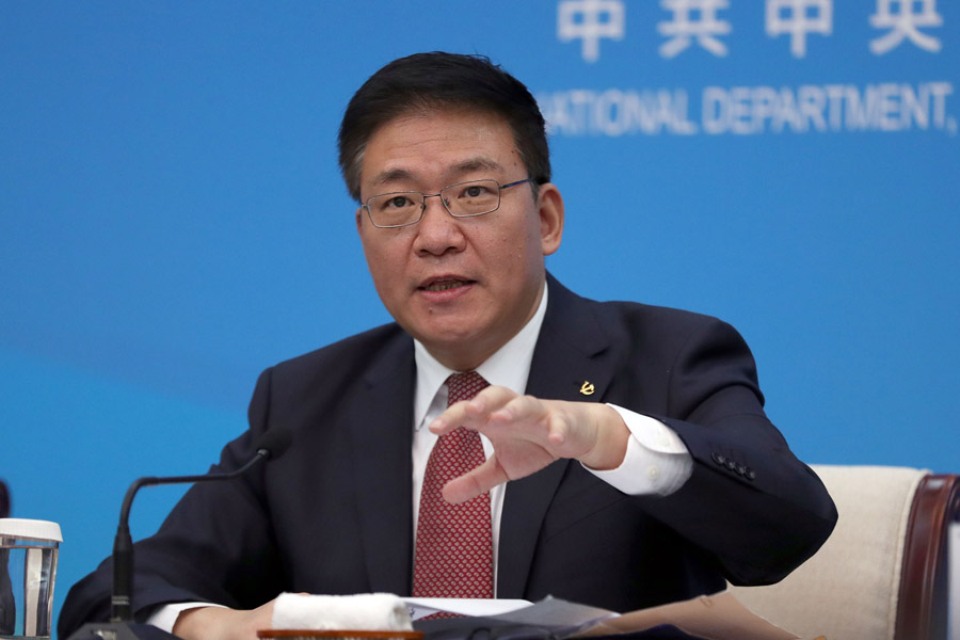 Vice Minister of the International Department of the Communist Party of China, Guo Yezhou

KATHMANDU, Dec 30: Wrapping up a four-day visit to Nepal, a high-delegation of the Chinese Communist Party (CCP) returned home on Wednesday morning.

The delegation led by vice minister of the International Department of the Communist Party of China, Guo Yezhou, which arrived in Kathmandu on Sunday afternoon held separate meetings with President Bidya Devi Bhandari and Prime Minister KP Sharma Oli on the same day.

The Chinese leaders also met Agni Prasad Sapkota, the Speaker of the dissolved House of Representatives and Dr Baburam Bhattarai, a key leader of the Janata Samajbadi Party on the same day. On Wednesday, the Chinese delegation held a meeting with Nepali Congress President Sher Bahadur Deuba.

The CPC delegation came to Kathmandu to assess the evolving political situation after the dissolution of the House of Representatives and the subsequent split of the ruling party amid already-deepened intra-party dispute.

Expressing deep concern over the NCP's vertical split, the Chinese leaders advised the leaders of the two rival factions of the NCP to keep their party unity intact, according to party leaders.

KATHMANDU, Dec 29: At a time when a section of Indian media is accusing China of interfering in Nepal's internal... Read More...