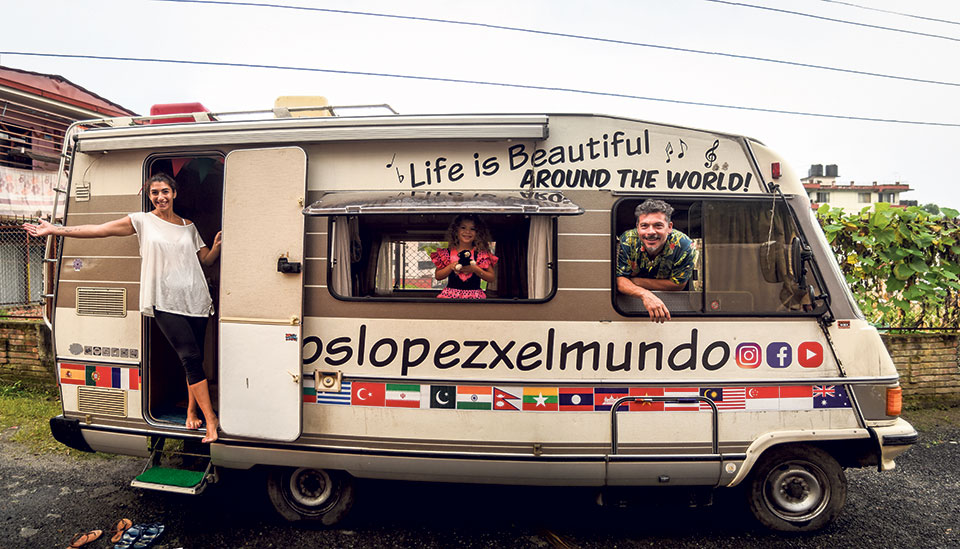 The couple says that one of the biggest reasons why they embarked on this caravan traveling expedition was to spend more time with their children.

Missing the familiarity and comfort of your home is probably one of the biggest (and perhaps only) shortcomings of traveling. But what if you could make that familiarity and comfort a part of your travels? Would you then go out and explore the world? Paola Gonzalez and Hernan Lopez certainly did. They have been traveling the world for about a year and a half with their two children, four-year-old Lua, and two-year-old Lian. Their journey began in Spain in mid 2017. Till date, they have driven through a total of 13 countries – Portugal, France, Germany, Czech Republic, Austria, Hungary, Serbia, Bulgaria, Greece, Turkey, Iran, Pakistan and, India – to reach Nepal.

Although both of them are originally from the same town in Argentina, Gonzalez says that she and Lopez met each other about eight years ago at Palma De Mallorca, the largest city of the autonomous community of the Balearic Islands in Spain, through a mutual friend. Lopez had been living in Spain for more than a decade already while Gonzalez moved to the country. She reveals that the two of them lived at Palma De Mallorca for a few months before moving to Northern Spain for work.

The couple says that one of the biggest reasons why they embarked on this caravan traveling expedition was to spend more time with their children. “My father was a workaholic so he was always immersed in his work. He never had time to spend with his family and that really affected me. I don’t want to be that parent,” says Lopez adding that he wants to see his children grow up and enjoy the process.

Another major reason was Lopez’s love for traveling. He reveals that his biggest goal in life is to travel the whole world and visit every single country with his family. He admits that he is able to work towards this dream because his partner is just as passionate about traveling as he is.

Among all the countries they have visited in the past 18 months, both Gonzalez and Lopez agree that Iran has been their favorite destination so far. “Every country has its own appeal because of their unique culture and lifestyle and we have enjoyed the whole experience a lot so far. But if we had to name a country in particular, I’d say Iran pleasantly surprised us,” says Gonzalez. She states that although the government has listed out a number of strict laws that everyone has to follow, their time there was pretty enjoyable. “That was mostly because of the citizens of that country. All of them were very helpful and well mannered,” she adds.

Luckily, till date, the couple and their children have not faced any major problems while traveling besides running into some mechanical trouble along the way. But Lopez admits that journeying through Europe was a bit easier than journeying through Asia because traveling around in a caravan is a common practice there. So, there are a lot of places that are opened specifically for caravan travelers – like parking spaces, places where you can refill the water tanker, or clean out the bathrooms.

In Asia, Lopez, the designated driver for their journey, selects the parking spots for the caravan after much thought and deliberation. He claims that he mostly picks the roadside of quiet neighborhoods to park at to ensure that his family gets to sleep peacefully at night. But sometimes, to change up the scenery, he claims that he chooses to park at relatively busy or crowded areas like Thamel too.

Even though the couple has had to face a language barrier quite a few times as they were traveling through Asia, for the most part it has not posed a serious a problem and they think they have been lucky that way. Lopez, who can barely form a coherent English sentence, depends entirely on his partner to communicate with the locals. Gonzalez reveals that although she was not confident about her English communication skills at the beginning, she built up her confidence and grasp of the language during the last year and a half.

When asked what they missed the most about their life before caravan traveling, Gonzalez is quick to state comfort. But she adds that this craving for comfort does not last long since all four of them find the thrill of traveling very addictive. She says that all of them would have soon gotten bored with their repetitive routines had they not embarked upon this adventure.

Before leaving for the expedition, Gonzalez and Lopez roughly planned out all the routes they would have to take throughout their journey. But there have been some alterations in their original course. Lopez mentions that the remaining stops on their Asia exploration expedition will be Myanmar, Laos, Cambodia, Malaysia, Thailand and that they have planned to stop the Asian leg of their trip after reaching Singapore.

“After that, we will cross over to Australia, New Zealand, and South America and finish the whole world tour in the USA. It will probably take us five more years to complete this whole thing,” concludes Gonzalez. 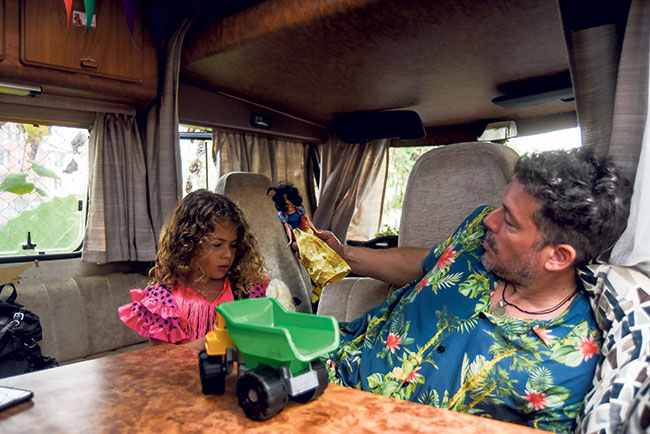 The Argentine footballer had a disappointing World Cup, but he is willing to consider an extension of his international career. Read More...

Messi’s Argentina in a slimmer hope for the World Cup

The World Cup is the biggest stage for a player to show what he can do in front of the... Read More...

Govt forms panel to probe death of rhino
48 minutes ago