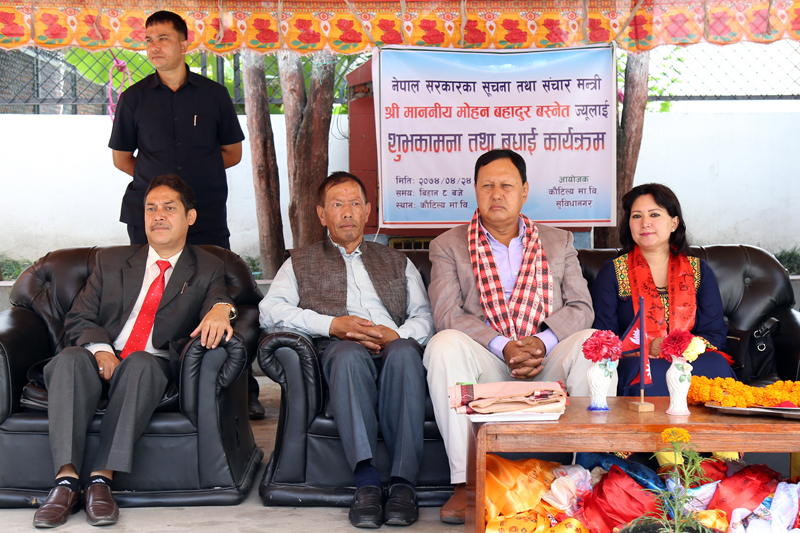 KATHMANDU, August 8: Minister for Information and Communications, Mohan Bahadur Basnet, has said the government was busy with homework to establish an 'information centre' in major countries and cities of the world as it wants right dissemination of information about domestic affairs of public interests in foreign countries.

Addressing a programme organised in his honour by Tinkune-based Kautilya Secondary School today, he said, "Establishment of such centres with the appointment of honorary information ambassador would help Nepalis residing in foreign countries get right information about Nepal's affairs."

The information minister went on to say that works were in the priority of the government to ensure free internet services to health centres and education institutions based in rural areas and in 11 districts mostly affected by the earthquake, and eight hit by natural disasters (landslides and floods).

According to him, Bagbazar-based Padmakanya Campus, one of the oldest government campuses remaining as a model of inclusiveness, was going to get free Wi-Fi facilities soon for two years. He pledged to link up the districts not only Bajura and Dolpa but also those not geographically far and having no connection to telephone services with such services soon.

"The information and communications is a quite broader area and we are just crawling in terms of the development of information and technology at a time when the country had to see a great achievement," he added.

The Minister also vowed to intensify public awareness to fight superstition-based practices such as chhaupadi (residing in a hut during the menstruation prevalent in the far-western Nepal).

As he promised on the occasion, a policy would be adopted to promote the infrastructure development and the establishment of industries as it seeks to create employment opportunities at home so as to control over increasing brain drain.

School principal Pramod Silwal, Democratic University Teachers Association's President Jagat Timilsina and NC leaders Arjun Parajuli and Upendra Karki suggested the Minister for the better use of his knowledge and political experience for the common good of the people. RSS

Nepal to have own satellite: Minister Rai

KATHMANDU, July 6: Minister for Information and Communications Sherdhan Rai says that Nepal is to have its own satellite. ... Read More...

Govt lists out hotels available for quarantine
7 hours ago

Reason to worry: Silent spread of COVID-19 infection in Nepal
1 hour ago

Age of anger
19 hours ago 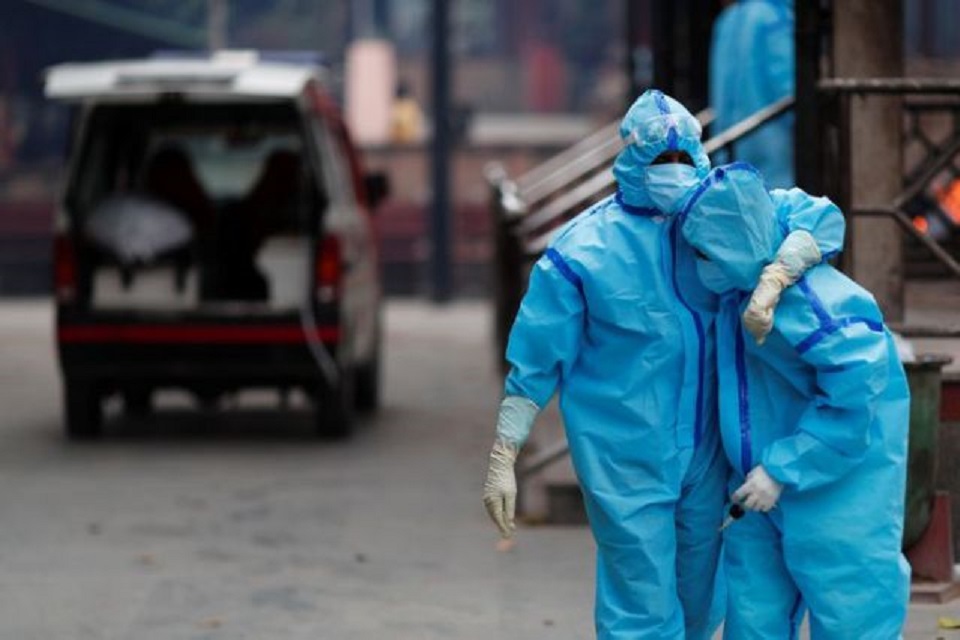 CAAN directs international airlines not to start bookings
1 hour ago

Dark web is the underworld of cyberspace
3 hours ago

One dies in quarantine in Doti
5 hours ago