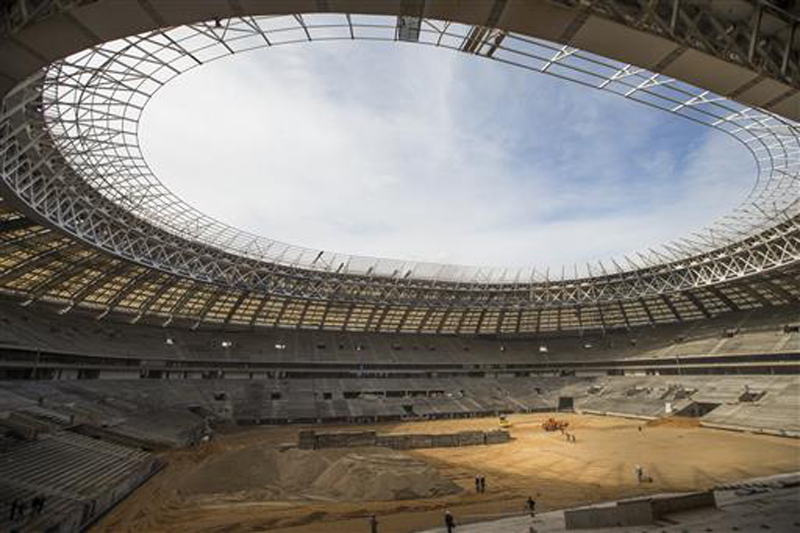 MOSCOW, July 15: The Russian city of St. Petersburg said Friday it has fired the general contractor building a trouble-plagued stadium which is to host World Cup matches in 2018.

The stadium, provisionally called Zenith Arena, has taken almost a decade to build, prompting Prime Minister Dmitry Medvedev to publicly call it "disgraceful." The stadium, which is to host a semifinal match, is set to cost more than 39 billion rubles ($620 million). Until the ruble dropped sharply in value in 2014 against the backdrop of international sanctions and a low oil price, the same ruble budget was worth more than $1 billion, making it one of the most expensive soccer stadiums in history.

St. Petersburg City Hall said in a statement that it is firing Transstroy, the general contractor, over the repeated delays and cost overruns. City Hall also said it has gone to the police because it has allocated $39 million for the construction which has been unaccounted for.

"Over the years the demands of general contractor Transstroy came down to three ideas: we won't be able to commission the stadium on time, give us more money and don't control us," Deputy Governor Igor Albin said in the statement. "The general contractor has discredited itself by breaking its contract obligations and dragging its feet on crucial production and managerial decisions."

The stadium was to be completed this year and used for the 2017 Confederations Cup.

Vadim Tyulpanov, chairman of a Russian parliamentary commission overseeing the World Cup preparations, told Russian news agencies on Friday after a tour of the construction site that the city hall's decision could mean that St. Petersburg would not be able to host the Confederations Cup as planned.

"I'm not in a position to give advice to the city hall but I do think that replacing the general contractor six months before (the planned completion) is wrong," he said. "If the stadium is not commissioned in December we won't be able to host the tournament in June."

"We will fulfill all obligations for the construction on time",'' Kibitov said. "St. Petersburg is getting ready to host the Confederations Cup, and the St. Petersburg government monitors this issue on a daily basis."

Russian news agencies on Friday quoted Sports Minister Vitaly Mutko as saying that he trusts the city government and would not interfere.

"The governor has given his guarantees, training and test events are scheduled, and the Confederations Cup is set to be held in St. Petersburg," Mutko said.

Why We should All be Feminists
59 minutes ago