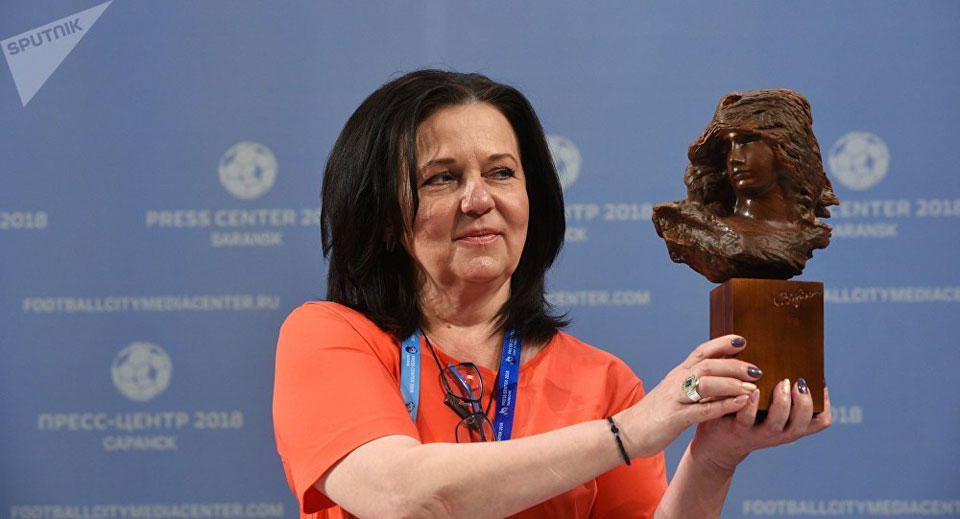 RUSSIA, June 24: Saransk residents are sad that Argentina will not play a match in Mordovia and upset about the team's losses in the 2018 FIFA World Cup, director of the S.D. Erzia Mordovian Republican Museum of Fine Arts Lyudmila Narbekova said at the city press center.

She said that Stepan Erzia, in whose honor the museum was named, has close ties with Argnetina: he lived in the country for 23 years not far from a football stadium in Buenos-Aires and loved watching the Argentines' training sessions.

Due to today being the birthday of the famous football player Lionel Messi, the museum is officially ready to give a small part of Argentine to its idol — a wooden female sculpture, which Erzia made in this country.

"Today Messi turns 31 years old, and we cannot help but congratulate the outstanding football player on his birthday," the director of the museum said wishing the Argentine victories, scores and added that Saransk is looking forward to him visiting the city.

Madhesh Pradesh: Cabinet expansion delayed amid differences among parties
18 minutes ago
Bill on money laundering to be amended through fast track process
48 minutes ago