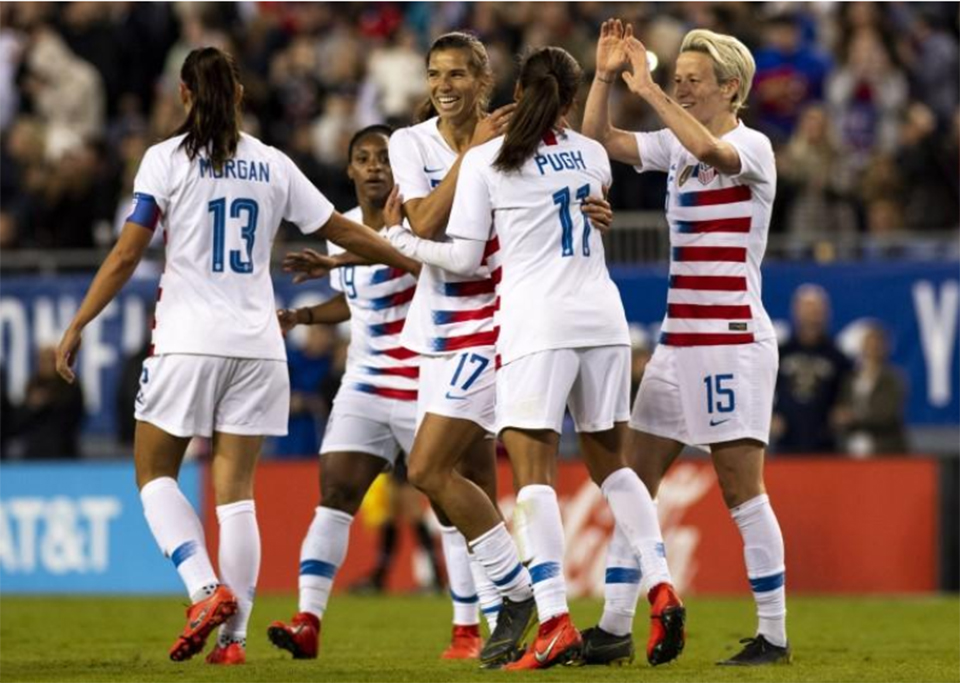 All 28 members of the United States squad were named as plaintiffs in federal court in Los Angeles on International Women’s Day and the lawsuit includes complaints about wages and nearly every other aspect of their working conditions.

The players, a group that includes stars Megan Rapinoe, Carli Lloyd and Alex Morgan, said they have been consistently paid less money than their male counterparts even though their performance has been superior to the men’s team.

“Each of us is extremely proud to wear the United States jersey, and we also take seriously the responsibility that comes with that,” U.S. co-captain Morgan said in a statement.

“We believe that fighting for gender equality in sports is a part of that responsibility. As players, we deserved to be paid equally for our work, regardless of our gender.”

According to the lawsuit, filed three years after several players made a similar complaint with the U.S. Equal Employment Opportunity Commission, U.S. soccer has “utterly failed to promote gender equality.”

The U.S. Soccer Federation did not respond when asked to comment on the lawsuit.

The players said that U.S. Soccer President Carlos Cordeiro previously admitted the women’s team should be valued as much as the men’s squad but the federation “has paid only lip service to gender equality.”

The men’s team have never won either tournament and their best modern-day result at a World Cup was in 2002 when they reached the quarter-finals.

When the women’s team clinched their most recent World Cup title in 2015, it was the most watched soccer game in American TV history with an audience of approximately 23 million viewers.

The team’s success has translated into substantial revenue generation and profits for the federation, the lawsuit said. The women earned more in profit and/or revenue than the men’s national team for the period covered by the lawsuit, it said.

“In light of our team’s unparalleled success on the field, it’s a shame that we still are fighting for treatment that reflects our achievements and contributions to the sport,” said U.S. co-captain Lloyd.

“We have made progress in narrowing the gender pay gap, however progress does not mean that we will stop working to realise our legal rights and make equality a reality for our sport.”

FIFA announced on Friday plans to host a global women’s convention this June in Paris where it said leaders from the world of sports and politics will discuss key issues around the development and empowerment of women in soccer.

The U.S. players are also seeking class-action status that would allow any women who played for the team since February 2015 to join the case.

In 2017, the U.S. women’s national hockey team threatened to boycott that year’s world championship but returned to the ice after settling a dispute with USA Hockey over wages and better benefits in line with their male counterparts.

The U.S. Women’s National Team Players Association (USWNTPA) said in a statement it made progress during contract negotiations with U.S. Soccer in 2017 regarding compensation and working conditions but that more work needs to be done.

“This lawsuit is an effort by the plaintiffs to address those serious issues through the exercise of their individual rights,” the union said in a statement, adding that it would continue to seek improvements through the labour-management and collective bargaining processes.

US pregnancy deaths are up, especially among minorities

Pregnancy-related deaths are rising in the United States and the main risk factor is being black, according to new reports... Read More...