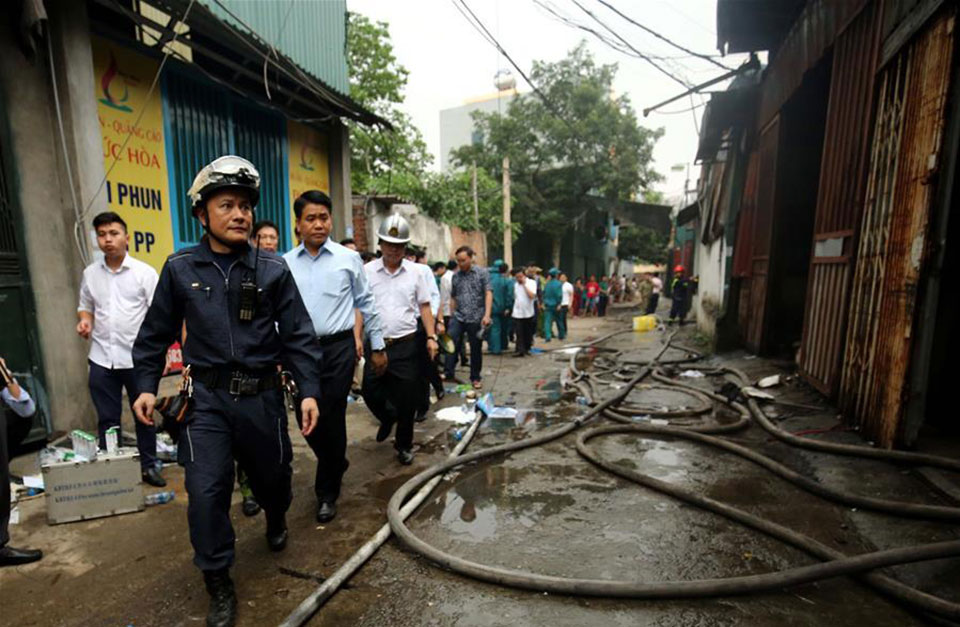 The big fire at Nam Tu Liem district, Hanoi city, broke out at a workshop of the Environment No.79 Company, which produces plastic containers for rubbish and waste, a refrigeration workshop, a wood-based product facility, and a silica gel workshop, at a total area of some 1,000 square meters. The fire was extinguished four hours after it broke out.

A total of 957 fires and explosions occurred in Vietnam in the first quarter of this year, killing 30 people, injuring 57 others, and causing property losses of more than 154 billion Vietnamese dong (roughly 6.7 million U.S. dollars), according to the country's Fire Prevention and Fight Department.

MAHOTTARI, April 6: Property worth three million rupees was destroyed in a fire that took place at a printing house... Read More...

DHAKA, Feb 21: The death toll from a fire in a centuries-old area of the Bangladesh capital, Dhaka, jumped dramatically... Read More...