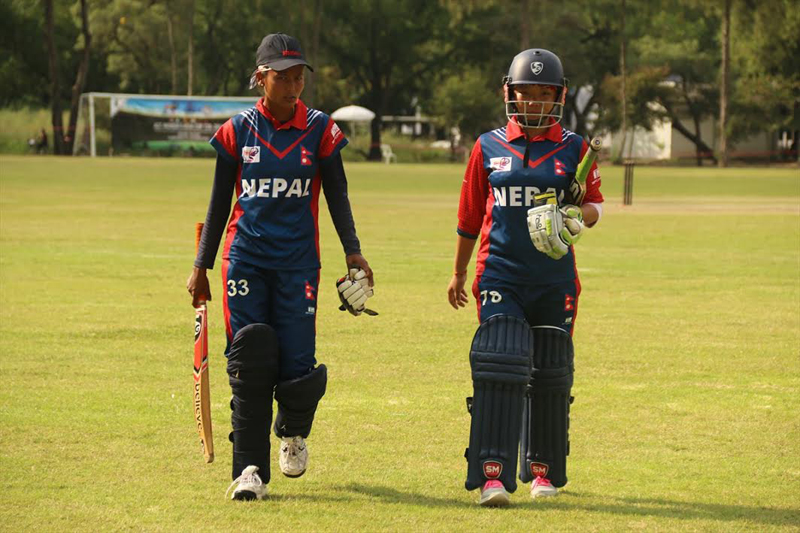 KATHMANDU, Nov 2: The final squad of 14 players is announced for upcoming Women's World T20 Asia Qualifier 2017. The women's premier tournament is set to be held in Thailand from 20 to 27 November.

Rubina Chhetry Belbashi has been named the captain of the side to lead in November whilst Sita Rana Magar has been named her deputy for the Thailand tour. Kabita Kunwar, Nitu Bhandari, and Rekha Rawal have been announced as reserves for the World T20 qualifier.