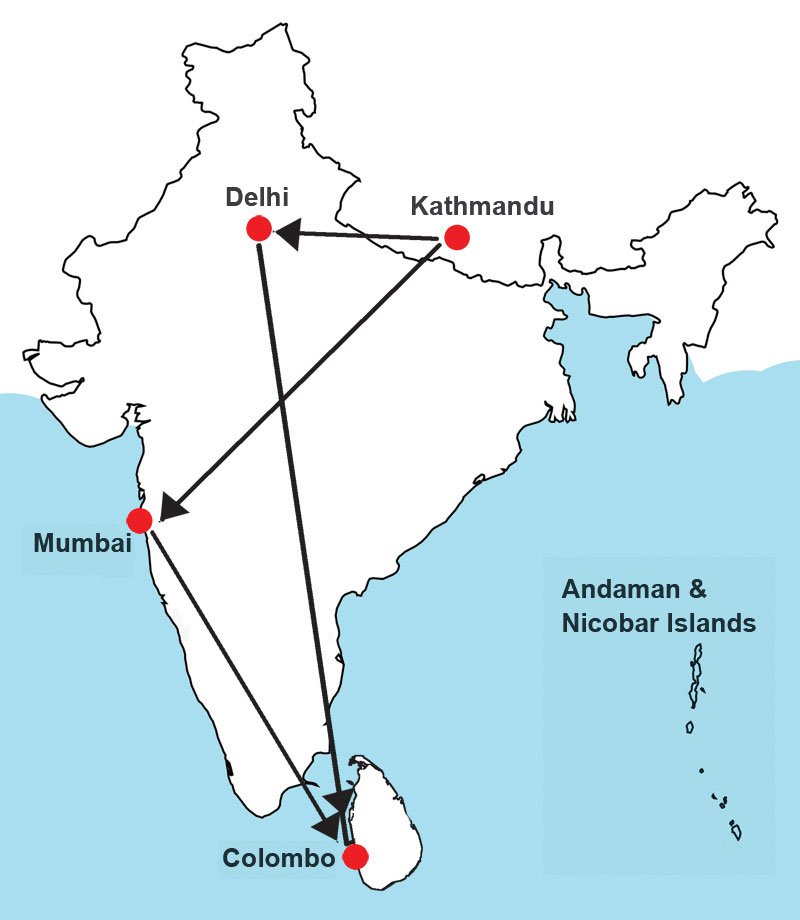 KATHMANDU, Aug 31: Scores of poor Nepali women travel abroad on a daily basis upon promises of a good job. Many of the unsuspecting women often land in trouble as they are duped by human traffickers.

The suffering faced by Deepa Rai (Limbu) of Dharan, who is currently trapped in Oman, is just a representative case to show how Nepali women are being trafficked to Gulf and other countries.

Deepa was heading for a safe household job in Saudi Arabia, but only when she landed in Oman via Sri Lanka did she realized that she was duped by human traffickers. Her relatives have revealed that other women were also lured by “manpower agents” promising them of good job.

This case has further proved that human traffickers have been using Sri Lanka as a convenient route for trafficking Nepali women abroad, according to Manju Gurung, president of Paurakhi, an organization that works for the welfare of the returnees.

After the government of Nepal was tipped off about 22 women stuck in Colombo, Sri Lanka in the first week of June,  new routes of trafficking Nepali women via Kathmandu-Delhi or Mumbai-Colombo have come into the lime light.

The government then sent a four-member fact-finding team representing officials of the Ministry of Labor and Employment, Ministry of Women, Children and Social Welfare, Ministry of Foreign Affairs and the Nepal Police to Colombo. By the time the team reached Colombo, they found that 14 of the women had already left the Sri Lankan capital.

At least 19 woman migrant workers were rescued by the Nepali authorities in the first week of August from Sri Lanka, according to the Ministry of Foreign Affairs (MoFA).

These incidents clearly indicated the rising trend of illegal human trafficking through Colombo route but the government agencies have not taken concrete steps to control trafficking, Gurung said.

“Recently, we have also received another complaint of a woman who was working as a maid for a household in Oman,” Gurung informed, adding that trafficked women migrant workers often suffer beatings, torture and sexual abuse.

Senior Superintendent of Police Sarbendra Khanal claimed that the police have beefed up vigilance after the cases came to light and have requested the Sri Lankan police to cooperate in controlling illegal human trafficking through Colombo, he said.

SSP Khanal, however, said that aspirant migrant workers should not avoid formal channels while going abroad.

Relatives of aspirant migrant workers and other government agencies should make women aware of possible dangers if they opt for informal or illegal channels, he said.

Women migrant workers are mostly duped by either their relatives or the person who they trust, he said. Women, who are rescued from abroad, can help the police bust human traffickers' racket by giving true statements to the police.
“It has been found that most of the sufferers are reluctant to provide details due to involvement of their relatives in trafficking cases.”

It is surprising that the government authorities have not been able to take local labor brokers involved in trafficking of women migrant workers under control, Gurung said.

“The government officials neither create safe migration environment for women nor initiate stringent action against the culprits,” she added.