Women no more banished to menstruation sheds in Hima 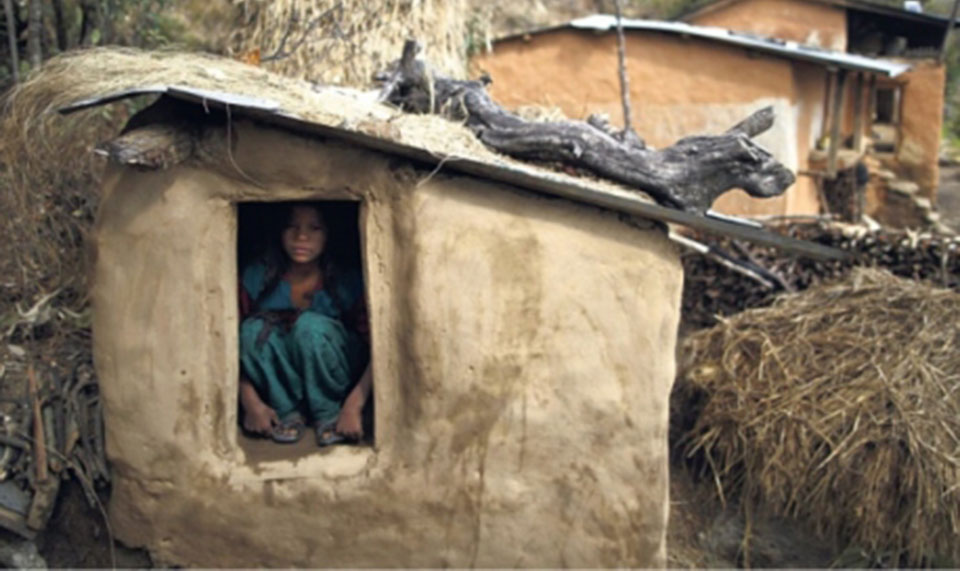 JUMLA, June 25: Unlike in the past, Siddha Shahi of Hima Rural Municipality sleeps at her own home even during her menstruation these days. In fact, she has been making the people aware about the risks of forcing women to live in Chhaugoths (menstruation sheds) during their periods.

"It has been 27 years since my first period which occurred when I was 13 years old," said Shahi. Even though she lived in Chhaugoths for a long time, she no more has to do so. She recalls the torturous days when she was compelled to spend at least five days a month in the shed as early as a year ago.

She has been actively involved in campaigns aimed at abolishing the Chhaupadi practice from her society. "I had developed several health problems while living in sheds during my periods. However, those problems have been cured as I started living at home during menstruation," said Shahi.

Surprisingly, many women of late have been making sanitary pads on their own which is a must during periods. "Women in the rural parts have become concerned about their health. This is very positive," she added. Every month, during the meeting of Aama Samuha, the topic of menstruation is discussed among the women. This has effectively reduced the number of women practicing Chhaupadi in the village.

Still, some people believe in various myths and superstitions which forbid them from giving away this ill practice. "We suggest to our daughters to maintain proper hygiene and allow them to stay home during their periods," said Setu Yogi of Hima-3, adding, "We are trying to end the Chhaupadi practice."

According to her, discussions on menstruation and its problems and solutions in the Aama Samuha has helped change the perspectives of the people. Earlier, women had no option but to live in dilapidated sheds, fearing snakes and insects. Chhetra Bahadur Mahat, the health coordinator of Hima, stated that Chhaupadi won't be abolished until women themselves become aware about it.

Himali Rokaya, vice-chairperson of Hima, informed Republica that the local unit has launched a campaign against Chhaupadi. "First we will run a campaign to demolish the Chhaugoths. Second, we will conduct awareness programs at the people's doorsteps," said Rokaya. She says it won't take much time to end this practice as women are becoming more and more aware with each passing day.

JUMLA, Dec 27: Bishnumaya Tiwari of Sija Rural Municipality still has to sleep in cowshed during five days of her period. Read More...