With no rains, maize dries up in Khotang 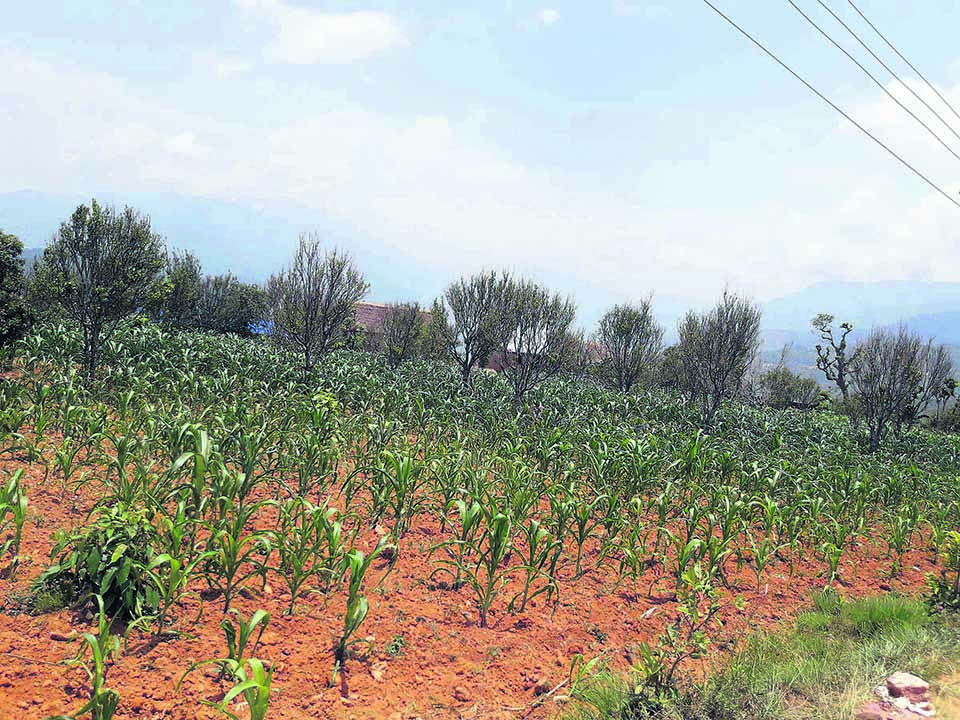 Maize plants are seen drying up in Lamidanda of Rawabesi Rural Municipality of Khotang due to lack of rainfall.

KHOTANG, July 1: Maize plants are drying up in most of the wards of Halesi Tuwachung Municipality due to delayed monsoon.

Halesi and surrounding areas were declared ‘dry area’ by District Disaster Relief Committee in 2011.
Rudra Rai, chairperson of Ward 1 of Halesi Tuwachung Municipality, said farmers are yet to plant maize in nearly 60 percent of arable land in his ward because of delayed monsoon this year. “The situation is so severe that plants are drying up in areas where farmers had completed plantation,” he added.

“Some plants in higher areas might revive if there is rainfall. In lower areas, even rainfall might not revive the plants,” Bhal Raj Rai, ward chairperson of Halesi Tuwachung-3, told Republica.
Sunkoshi and Dudhkoshi rivers flow along most of the wards of Halesi Tuwachung Municipality. However, as these rivers are of no help as maize farms are located high above the river banks. As these farms do not have irrigation facility, farmers have no option but to depend on monsoon to water their crops.

Even if the plants revive, local fear they will not bear fruits. Not only maize, even banana plants and other floras in the area have started drying up. Similarly, production of beans, pulses and sesame seeds is also affected due to lack of rainfall.

KHOTANG, Feb 21:  Property worth Rs 1.2 million was destroyed in the fire that started while refilling a sawmill with... Read More...

KHOTANG, Jan 11: Thousands of commuters have been left stranded in Khotang due to the locals' protest against decision of the... Read More...