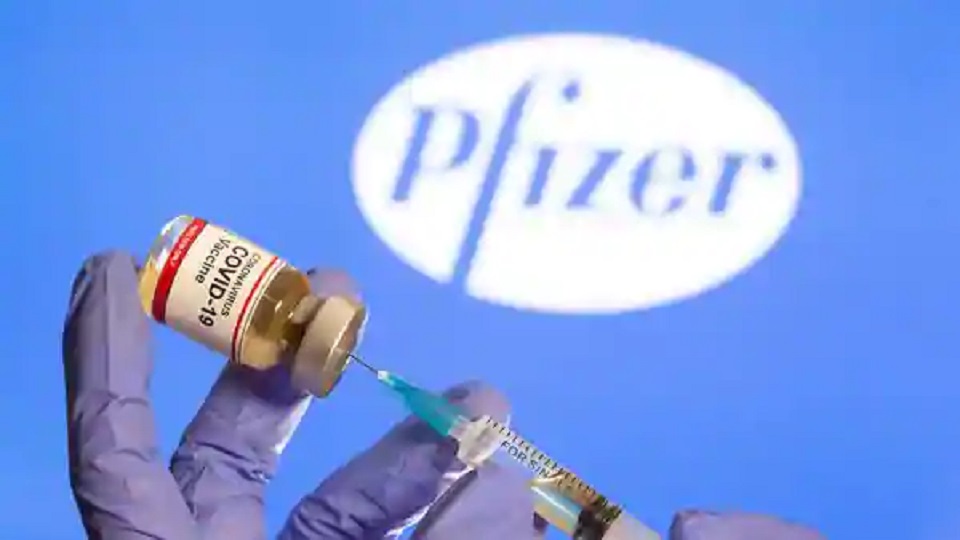 NEW YORK, Nov 10: Work to distribute the experimental COVID-19 vaccine developed by Pfizer Inc and BioNTech SE is gearing up after the companies announced successful interim data earlier on Monday, but it will not be coming to local pharmacies for the general public any time soon.

The data, which sent U.S. stocks to record highs [.N], showed that the two companies’ experimental vaccine is 90% effective at preventing COVID-19. They are still awaiting data on safety, which could come later this month.

Pfizer and BioNTech need to get regulators to sign off on the shot before it can start shipping vaccines to those considered most in need by government. Healthcare workers and people living in nursing homes will likely top that list.

But the vaccine’s complex and super-cold storage requirements are an obstacle for even the most sophisticated hospitals in the United States and may impact when and where it is available in rural areas or poor countries where resources are tight.

The main issue is that the vaccine, which is based on a novel technology that uses synthetic mRNA to activate the immune system against the virus, needs to be kept at minus 70 degrees Celsius (-94 F) or below.

“The cold chain is going to be one of the most challenging aspects of delivery of this vaccination,” said Amesh Adalja, senior scholar at Johns Hopkins Center for Health Security.

“This will be a challenge in all settings because hospitals even in big cities do not have storage facilities for a vaccine at that ultra-low temperature.”

Indeed, one of the most prestigious U.S. hospitals, the Mayo Clinic in Rochester, Minnesota, said it does not currently have that capability.

“We’re talking about a vaccine that needs storage at minus 70 or 80. That’s a tremendous logistical issue not only in the U.S. but outside the Western world,” said Dr Gregory Poland, a virologist and vaccine researcher with the Mayo Clinic.

“We’re a major medical center and we don’t have storage capacity like this. That will be true for everybody. This is a logistical obstacle.”

Pfizer spokeswoman Kim Bencker said the company was working closely with the U.S. government and state officials on how to ship the vaccine from its distribution centers in the United States, Germany and Belgium around the globe.

The detailed plan includes using dry ice to transport frozen vaccine vials by both air and land at their recommended temperatures for up to 10 days, she said.

State and local healthcare providers are responsible for storing and administering vaccines once delivered.

They can be kept in an ultra-low temperature freezer for up to six months, or for five days at 2-8 degrees C – a type of refrigeration commonly available at hospitals, Bencker said.

The Pfizer storage units can also be refilled with ice for up to 15 days, she said.

But shots will spoil in around five days at normal refrigeration temperatures of slightly above freezing. BioNTech CEO Ugur Sahin told Reuters the companies are analyzing if they can extend that for two weeks.

The vaccine of Moderna Inc, which is working on a vaccine based on similar technology, does not need to be stored at such a low temperature.

Other vaccines including ones from Johnson & Johnson and Novavax Inc can be stored at 2-8 degrees C, the temperature of a regular refrigerator.

Northwell Health, a major hospital system in New York, is expanding its ultra-cold storage capacity. Although it is possible to deploy the vaccine before it spoils, Northwell Chief Pharmacy Officer Onisis Stefas said the hospital decided the freezer access would ensure a smooth rollout.

The cold storage requirements could impede Pfizer’s ability to reach rural healthcare systems and nursing homes, or less wealthy nations, which may not have the funds for the refrigeration units, experts said.

“If Pfizer’s is the only vaccine to be authorized in the next few months, we do worry about equity when it comes to spreading it to rural areas,” said Claire Hannan, executive director at the Association of Immunization Managers, a lobbying group for local public health officials who handle vaccines.

Some states have said they have a shortage of ultra-cold freezers, according to public documents that states filed with the U.S. Centers for Disease Control.

New Hampshire has purchased extra ultra-cold freezers and like other states is lobbying the Trump administration for additional funds, the documents show.

California has also said ultra-cold freezer supplies are limited and roughly half of the states’ health departments are looking in to purchasing or leasing additional cold storage supplies.

It has proposed building a distribution network of ultra-cold freezers, including mobile vaccination clinics, to reach underserved areas around the state. California said it will not provide vaccine supplies to facilities without adequate cold-storage capabilities.

Without the extra equipment, doctors will have a dilemma: store vaccines in standard refrigerators and deploy all 975 doses in each Pfizer vaccine container in less than five days or restock them with dry ice and open them only twice a day to extend the vaccines’ life span, Hannan said.

“I think it will be difficult, but based on the task and how important it is, people will do the best to their ability to make that happen,” Stefas said.

Quake grants distribution to be complete by July 2019: NRA chief