Why media must be free 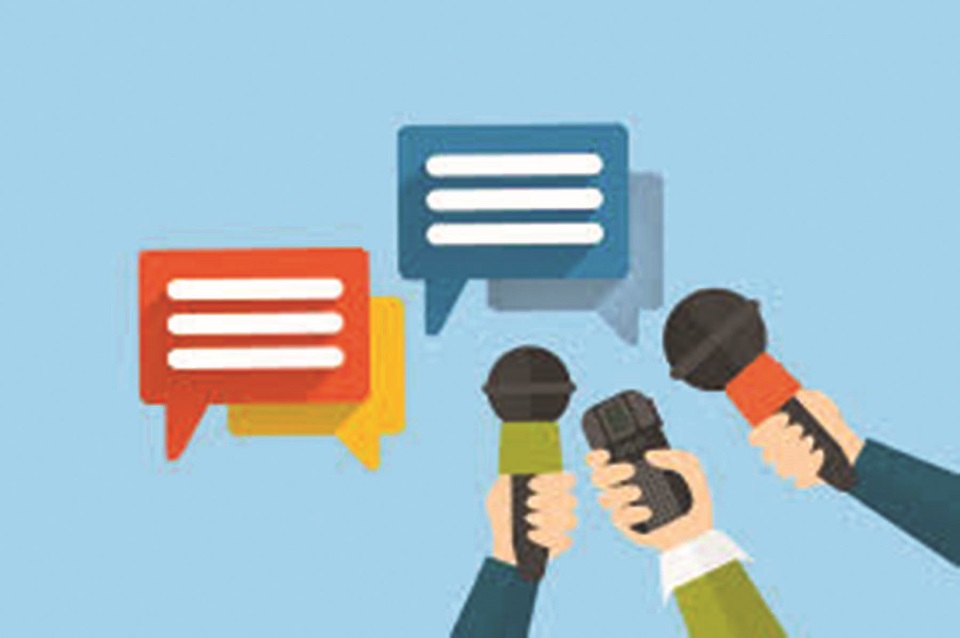 Media deserve talk. In modern democratic dialogue, it has been customary to frequently debate over media quality, performance and related issues. Media freedom, media diversity and media equality are closely related terms in vogue. These three elements, when enhanced, add to the strength and quality of one another; they become the cornerstones not only of advanced media performance but also of a full-fledged democracy. As integral elements, they identify a democratic society in its true form. However, misunderstanding these elements will result in their misuse, with dire consequences beyond measurement.

Relative perceptions of media freedom, media diversity and media equality are natural as meaning construction itself is a social process of transactional relations for the optimal co-existence among stakeholders. Freedom, diversity and equality in media spheres reciprocally influence ever upgradable processes. They should not be understood in an absolutist sense. To whatever extent possible, Nepal would do better by adhering to the principles of freedom, diversity and equality in media actions. Working to develop a working culture of these principles would do much justice to the ideals of Nepal’s federalism and advanced democracy with republican spirit. While anomalies and irregularities are being reported in the process of applying the constitutional provisions of federal democratic republic in the country, media could be instrumental to monitoring and highlighting power stakeholders’ strengths and weaknesses not with a monolithic mindset but with an inclusive spirit.

Media freedom, as officially demonstrated, is the right of media and journalists to obtain information on behalf of people. A conventional way of understanding media freedom is related to legal provisions that state to what extent media and journalists can act autonomously as media and communication entities. Since this is something concerned with legal criteria, this understanding of media freedom involves a restrictive sense. However, debate has to move beyond it as far as practically utilizing media freedom is concerned. In a broader sense, media freedom is a morally guiding tool for both media institutions and their communication professionals to utilize media knowledge and skills for wisely gathering and reporting issues and events that matter to people. Doing good for public wellbeing is more a matter of self-conscience than that of legal definitions that predetermine things. Media does good to people in the sense that it helps them to take wise decisions. This argument does not mean that legal provisions are to be undermined. Legal provisions exist there for the primary reason of a possible need to curb evil intentions that may infiltrate into freedom exercises in any form to harm public interests for vested ones. The point here is to understand media freedom as an issue of developing and utilizing maximum wisdom to produce the best information possible for public wellbeing, de-energizing intentions and activities that harm people. Media freedom should be more an opportunity to do the best and most than a precautionary issue of do’s and don’ts.

In a deeper sense, it takes media vision to see media freedom. It takes sharper self-conscientiousness to utilize more media freedom. Nepal needs to come out of the seven-decade parrotism and to feel freedom, which must be above partisan ceilings that cultivate development-hindering prejudices.

Moreover, moral conscientiousness mobilizes media minds to use freedom to explore the unexplored and to tell the untold. Exposing ground realities as empirical information becomes the pursuit of media freedom, while liberating masses from misperceptions and misguidance. In essence, moral self-conscientiousness is the best device with which to perceive and cultivate media freedom. Nevertheless, it is natural for us to heed legally defined means of media freedom when stakeholders, especially the political ones, try to quench their own thirsts.

Indeed, media’s power-monitoring role deserves insight-building through conscience and wisdom. This can be a way of reducing superficiality resulting out of invisible psychological prejudices. Utilizing media freedom self-conscientiously and without self-censorship may sporadically cause some unintentional mistakes. However, an attempt to imprison the entire media sector as a long-lasting solution in the name of barring sporadically occurring unintentional errors is not the right of addressing the problems from a democratic perspective.

The nature is characterized by diversity. Different elements within it are functional. Conflict, the situation of differences, exists in the nature. However, human beings, with their narrower visions and craving mindset, conflagrate conflicts into violence that ultimately harms all. Since unity amidst diversity has been a common goal of our society, it is natural for media sector to have perceived diversity as one of its vital functional elements.

Media sector could address diversity to cultivate and promote social justice for an inclusive and harmonious society, enriching and productivizing democracy in an ultimate sense. Thus, paying media attention to diversity denotes a conscious effort to consolidate and harmoniously unify the country, minimizing all kinds of latent and patent attempts at negativizing socio-cultural differences for vested interests. Social space for media to address diversity is adequate due to the existing social inequalities and community needs.

Media diversity involves the perception of democracy being the prime tool to utilize diverse socio-cultural aspects of society as an unlimited capacity-generating source for development and productivity. Media diversity mainly consists of politico-economic and socio-cultural heterogeneities, with media representation of diversity in contents, human resources and institutional aspects. Impact of media diversity can be seen in the nurturing of social, opinion and source diversity, widening the spectrum for higher democratic exercises.

Difference is the law of nature. Diversity means a series of inequalities. Yet we talk of equality in every sector, including media. Why? The question of media equality is to bring media mindset into a logical professional framework so as to address the issues of media freedom and diversity in a more reasonable and democratic way. Media equality is a principle of social justice to be fairly and independently represented by media sector. It raises the issue of reasonable proportionality of political and socio-economic representation based on the degree of public significance. Related to the responsibility of creating a public sense of fair representation and human dignity, any amount of possible exercise of media equality can impart a feeling of democracy, especially with the country’s deprived section enjoying greater access to freedom of expression and opinion through media outlets.

In a nutshell, media freedom, media diversity and media equality are cousins of democracy. They deserve promotion.

What is pro-monarchy protest all about?

Because of the government’s inability to provide ‘freedom from’ things like exploitation, corruption and poverty, citizens are thinking about giving... Read More...

KATHMANDU, May 10: The government has pushed new legislation with harsher provisions to further tighten control on media, including a provision... Read More...

KATHMANDU, March 31: Minister for Communications and Information Technology, Gokul Banskota, has said that control of media sector could not... Read More...