Why AI Will Not Abolish Work 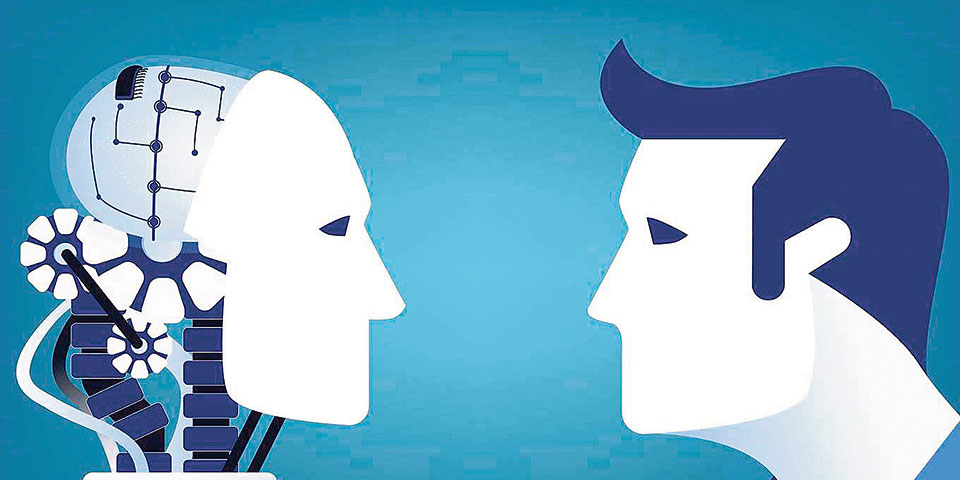 In order to meet the new job requirements of the AI and machine era, the well-off have to work on profiling and styling their physical and mental performance

VIENNA – The diffusion of artificial intelligence (AI) across the economy has raised the possibility—and for many, the fear—that machines will eventually replace human work. They will not only perform an ever-larger share of mechanical operations, as we have been observing since the first Industrial Revolution, but will also coordinate work by establishing direct communication among machines (the so-called Internet of Things).

Some applaud these breakthroughs for realizing the old human dream of liberation from work, whereas others blame them for depriving people of fulfillment through work, and for cutting the link to income and job-related social benefits. According to the latter scenario, more and more jobs will disappear, leading to mass unemployment, although demand will increase for process- and product-design specialists. Studies of the likely effects of AI and increased automation on the labor market are of course highly speculative, but we should not underestimate the possible consequences of new technologies for employment.

Many observers, fearing the worst, have advocated an unconditional workless basic income to ward off foreseeable impoverishment. But, before economists and policymakers begin calculating the costs and benefits of a general basic income, we would do well to question the very premise of a workless future.

Our current narrow definition of work dates back to the end of the nineteenth century, when the growing momentum of big industry led to the widespread separation of the workplace from the household. Work in core industrial regions was reduced to gainful employment outside the home, while housework, subsistence agriculture, and neighborhood exchange were suddenly excluded from the calculation of value. These activities did not disappear from either the periphery or the core of the global economy, but they were not counted as part of the world of work and labor. No wages meant no recognition, no statistical record, and no access to public benefits.

Social scientists declared that unpaid household and subsistence work, as well as peasant agriculture and traditional crafts, were residual economic activities that would soon be replaced by modern techniques and full commodification. But although this vision inspired socialist movements throughout the twentieth century, it failed to materialize. True, wage relations expanded. But in vast parts of the developing world, wages were insufficient to feed a family, so household and subsistence work had to compensate. And from the 1980s onward, unpaid work also returned to developed economies.

The end of the post-World-War-II reconstruction cycle in the late 1960s and early 1970s marked the transition from the old to the new international division of labor. Rationalization, financialization, and the outsourcing of labor-intensive operations to newly industrializing countries on the global periphery broke the nexus of lifetime employment and social security that had come to characterize developed-world labor markets.

As digitalization and the globalization of commodity chains gathered pace, employers introduced increasingly flexible labor contracts, pushing more and more workers to accept precarious employment conditions. Many people had to combine several incomes, rely on public subsidies, and extend their unpaid working hours to compensate for job insecurity, periods of unemployment, and the loss of jobs that entitled them to social benefits. The working poor, who cannot live from their wage, now take on multiple jobs or contracts; in rural areas, they meet their food and housing needs partly through subsistence agriculture and construction work.

But the increase in unpaid activity is not limited to the poor. In order to meet the new job requirements of the AI and machine era, the well-off have to work on profiling and styling their physical and mental performance, including their look, motivation, and endurance. Although they may rely on household help for cooking, cleaning, and caring, and seek professional assistance for extra teaching and psychological support, they still must invest more and more time to develop themselves and coach other family members.

Only a small fraction of the exploding amount of unpaid work can be taken over by AI; whatever tasks it does take over will create new demands that need to be satisfied. It is still unclear which new future activities will result from the loss of personal affection when machines and algorithms supersede communication between human beings. Eventually, just as we faced the transition from primary to secondary to tertiary sectors in the past, the vacuum will give rise to a new economic sector, filled with new forms of commodified activities; reciprocal relations could also fill the void.

Already, almost nobody, regardless of income, can refuse to do the shadow work that modern communications, shopping, and banking demand of us. By providing the platform economy with their data, customers and clients are becoming unpaid workers for commercial companies and helping to drive global capitalism.

Whether we look at the future of work from the perspective of necessity or fulfillment, work will not disappear because of the introduction of AI. The reduction of jobs and gainful labor is highly likely to be accompanied by an increase in unpaid care and subsistence activity, as well as modern shadow work.

Such a scenario is reassuring only if we manage to find new ways of fairly distributing paid and unpaid work among all citizens. Otherwise, we risk ending up in a bifurcated world. Well-off workaholics would have financially rewarding but stressful jobs, while the unemployed would be forced to turn to subsistence strategies to supplement a basic income or poor relief.

Andrea Komlosy is Professor at the Department of Economic and Social History at the University of Vienna and the author of “Work: The Last 1,000 Years”
© 2020 Project Syndicate
www.project-syndicate.org

NEW YORK – Every new technology rides a wave from hype to dismay. But even by the usual standards, artificial... Read More...

LONDON – The following account should sound familiar. Over the course of decades, feats of innovation re-engineer society, diffuse across... Read More...

Nepse closes above 1,400 points with record turnover
8 hours ago

Nepali communists have tendency of turning corrupt once they make it to power: Dahal
2 hours ago