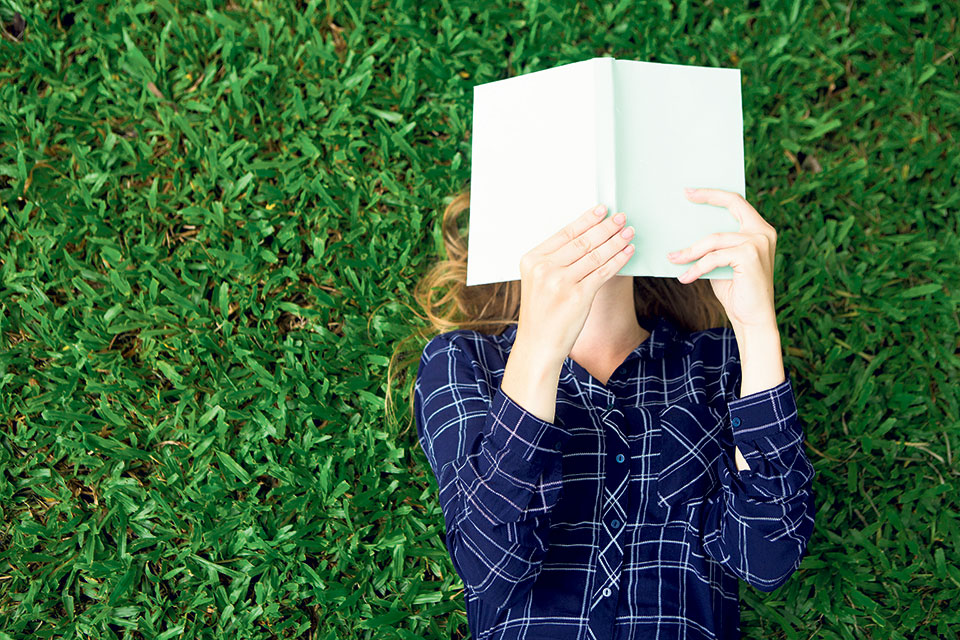 Reading has long been a popular culture, but it’s in only recent years that Nepal or Kathmandu, in particular, has embraced this culture with open arms. This has resulted in an emergence of avid readers who flock the shelves of bookstores and voraciously devour one book after another. Joining the bandwagon is a generation of young readers whose reading choices are varied and thus interesting.

The Week’s Rakshya Khadka takes to the streets of Kathmandu to ask a few these readers about the book that has them captivated at the moment.

A Prisoner of Birth by Jeffrey Archer
Isha Bhusal
Jefferey Archer has a thing for unfinished endings or at least endings that leave you feeling unsettled. You want to beg him for one more chapter. A Prisoner of Birth was a gripping read with strong colorful characters that have their own stories and histories to deal with. Their complexities come together to create a complex story with overlapping characters and build a great climax. For all those who get easily tired of reading details of tedious court hearings, trust me, this book will leave you wanting the hearings to extend to a thousand pages. I’m particularly fond of the thriller genre and this one is definitely a delight for all thriller enthusiasts.

The Winner by David Baldacii
Aastha Devi Shrestha
I’m currently immersed in The Winner by David Baldacci. It’s a classic mix of three quarters thriller and one quarter romance that is my personal favorite. Baldacci does an excellent job of conveying a complex array of emotions: fear, longing, desperation and determination all at once, a combination which makes the book a very intriguing read indeed. Although a book from the late 90s, the story is very much relatable even now and I recommend this to anyone who’s looking for a good thrill with an immensely detailed storyline that will leave you in awe long after you have turned the last page.

You by Caroline Kepnes
Aditi Mahat
Rereading a book is not something I endorse but when you have a book that calls out to you because of its excellent narrative on your bookshelf, you simply can’t help it. You by Caroline Kepnes is the book I’m currently revisiting and the one word I would choose to describe it is, enigmatic. Written from the perspective of a stalker, Joe, You is the journey of his obsession with the pretty Beck and what he resorts to, to make sure he is the only person Beck is reliant on. Stephen King’s description of the book is “Hypnotic, scary, and totally original.” And I completely agree with him.

A Widow’s Gift by Shanti Mishra
Gopal Sonthaliya
A Widow’s Gift talks about a girl, Radha, living in a rural part of Nepal. Radha’s childhood innocence is thematic and the book gives profound insights into her dreams and feelings. The book paints stark pictures of a young girl excited at the prospect of marriage as she harbors her own fairytale like fantasies of a “happily ever after.” However, the ill-fated Radha finds herself widowed at a very young age without ever having consummated her marriage. She is faced with the brutality of the orthodox Hindu community as she is cast away as a pariah. The book deals with child marriage, early widowhood, and the ostracism many girls in the rural corners of our country face when they lose their husbands. This is a moving book with a raw narrative that speaks out for the females of our society. It’s definitely a great eye-opener.

Cradle & All by James Patterson
Sirius Maharjan
I loved everything about this book. It was dark, thrilling, and slow. I loved that it had so much of supernatural and thriller element and showed how devastated people can feel and act in times of crisis. The novel paces itself well. It isn’t forced. It has a gripping beginning and has multiple points of views that give it an unambiguous narrative and so is impossible to put down. The writing is easy to follow and picture which I think makes it a whole other dimensional read, much like a Stephen King book but way less mainstream. It’s a slow read though which might put people off but it presents much fresher references and less horror clichés, but for a book from the 80s I would call that an achievement. I don’t really have preference when it comes to books but I do take quite a liking toward the horror-thriller-supernatural genre and for anyone who shares my liking I’d definitely recommend this book.

The Story of Philosophy by Will Durant
Ishan Mainali
Philosophy, at least at an academic level, is a great conversation starter. Philosophers currently working in the field tend to draw upon existing ideas and build on it. As an enthusiast of the subject, The Story of Philosophy helped me understand philosophy as a subject by piecing together all the major ideas that have existed in the realm of human knowledge. The book chronologically sews all the important answers to philosophical questions dating back from the pre-Socratic period till the 20th century. Often the book cites original works of philosophers, and reading it to gain firsthand idea about what they said is exciting. The book is a must-read for anyone who is curious as to what philosophy is all about or wants to explore the subject in depth but not go deep enough to get lost in philosophical jargon.

A Study in Scarlet by Sir Arthur Conan Doyle
Abhigya Subedi
This book has hefty language reflecting the sophisticated society of the late 1870s and as the pilot novel to the series of The Sherlock Holmes Adventure novels, “A Study in Scarlet” is well written and the writer attempts to make it easy for the readers to follow Holmes’ chain of reasoning. It is this fact that makes every page interesting and captivating. Not a page goes by when I, very much like Dr Watson, get awestruck at Holmes’ deduction and reasoning. With no hidden sub-plot resurfacing in this novel, the storyline is pretty simple. It’s easy to follow and quite thrilling enough for people who look for the thriller element. However, for a “crime story”, it isn’t much of an excitement since to an ardent reader almost everything unfolds once Holmes makes his armchair prediction. Nonetheless, it has proven to be one of the best products of English literature and continues to hold its legacy amongst the reading community.

Reading has always been a choice. Especially when schedules are tight and other daily responsibilities make their presence felt, we... Read More...

Nepal Open Taekwondo Championship is going to held in Kathmandu- 2017

One in five Chinese Australians report attacks or threats amid pandemic, rising tensions
4 minutes ago
Rampant exploitation of sand, pebbles and stones in Kaligandaki continues unabated
9 minutes ago