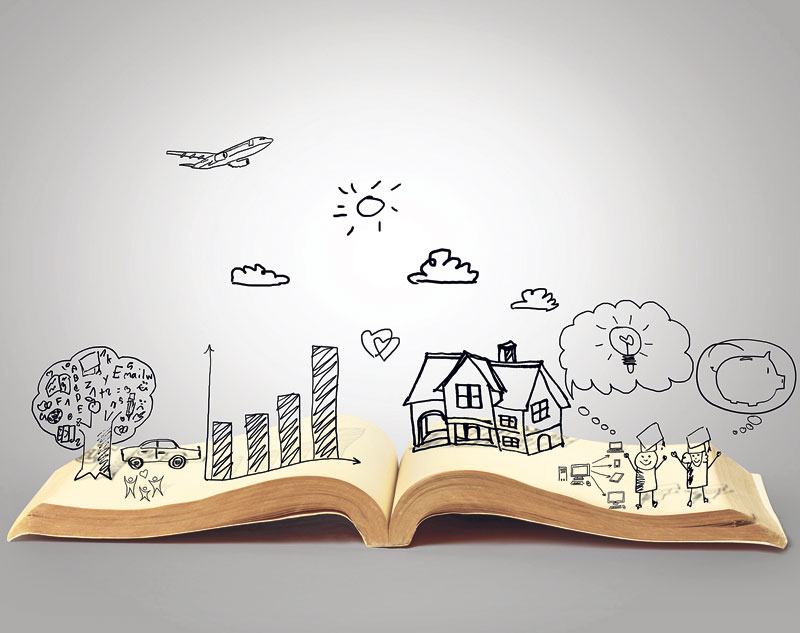 More than once I have wondered if the reason we folks have to write is that we tend to be introverts.

To not know is a big boon—and a great bane. For instance as I sit down to write this article, or what will pass for one by the time I have completed it, I don’t have a clue about what I will be writing.

As my friend Dinkar Nepal wrote in Republica recently, every time he stares at the blank page on the screen, the question of what to write haunts him. Yet write we must. If we don’t scratch that itch to translate our thoughts into readable words, and thereby share our precious thoughts with rest of the world, it feels, deep down in the gut, like we’ll go insane with that ever-increasing weight of our knowledge.

But that is not the only reason. More than once I have wondered if the reason we folks have to write is that we tend to be introverts. We write because we find it easier to express ourselves in written words than we would ever be able to do in spoken language. That way, we even have some folks calling us ‘intellectuals’. Isn’t that music to ears, now? We therefore loathe good speakers. For they are facile, mindlessly running their Trump-like pouty mouths. On the other hand, good writing calls for a lot of thought.

Oh, well, at least if you are not Christopher Hitchens. The ace English polemic could hammer out a masterly 2,000-word article, in one go, in 20 insane minutes of typing. Yes, all of twenty minutes. He seemingly didn’t need to think at all while he wrote those gems for the Slate. (Or perhaps, like his fast life, his brains were also on asteroids.) But nor did he need to think much before speaking as well. Put him across a ‘believer’ and Hitchens would quickly skewer him with his pointed barbs, every word that came out of his mouth packing as much punch as the weighty words of his famous essays.

For only Hitchens could take on the saintly figure of Mother Teresa, whom he could accuse, with evidence, and a perfectly straight face, of being a “fanatic” and a “fraud”.
Richard Dawkins, another champion of atheism and, like Hitchens, also an ace writer, is no less sparing of his critics. He too takes absolutely no prisoners in his debates, rather preferring to roast the devout alive on the embers of his iron-clad ‘evolutionary’ logic.

Messrs Hitchens and Dawkins—and Shashi Tharoor and Orhan Pamuk and Chimananda Ngozi Adichie—are living proofs that good writing and good speaking are not mutually exclusive. In fact, it can be argued that being good in either requires clarity of thought. If you are clear about what you want to say or write, the rest is easy.

But these are the masters, the best of the best. For most writers writing doesn’t come easy. In fact, it’s an endless, thankless slog. Speaking is harder still. Ask JM Coetzee, the Nobel-prize-winning South African novelist who is as famed for his prize-winning novels as he is for his monosyllable answers to reporters’ questions. What did they say about empty vessels and noise?

Talking of Coetzee, I once wrote in this space that a good work of fiction better reflects the world than even the most brilliantly written non-fiction. I said so because under the cloak of fiction the writer is free to let his imagination loose and there are absolutely no constraints on what he can write about, because, at the end of the day, it’s all part of a fictional plot. The non-fiction writer, meanwhile, has to be careful about each and every word, endlessly censoring herself (there!) to stay within the permissible limits.

Perhaps for that reason writing non-fiction is not easy, for you feel fettered, unable to break the shackles of a definite shape and size your writing has to mould into.

So am I saying that I will be a better fiction writer than a non-fiction writer? Yes, that is exactly what I am saying. I believe I can produce absolute masterpieces—Booker-worthy—if I set myself to writing fiction some day. It’s a comforting thought, for in order to prove that to myself, I don’t actually have to write one word of fiction. Just knowing deep down that I have the talent is enough.

There are fantasies and then there are realities. As you read this, you might also be thinking, I can write, too, perhaps many times better than the pièce de résistance in your hands right now. Pray, please don’t delude yourself. It takes special talent, and a special mind, as must have been evident by now.

No, it’s not what you are thinking. We are most definitely not afraid that if all of you start writing we, the designated writers, will be out of work. It’s just that filling that blank page, however long you stare at it, is an option. The other option, to leave it blank after half an hour, needs ever greater courage.

There, I wrote it. Talk is cheap. Not so persuasive writing.

The writer is the op-ed editor at Republica.

Intellectuals’ conference to be held on June 16 in San Francisco

KATHMANDU, Jan 14: Concerned by the speculations about postponement of the second round of local elections scheduled for June 28, intellectuals,... Read More...