The weaver bird (or Baya Topchara as it is commonly called in Nepal) is also known as the engineer charo (bird) because of its startling ability to build an artistic nest. The weaver birds often build their nests on tree branches with narrow entrances facing downward for protection from rain and predators.

These birds are sparrow-sized (15 cm) and in their non-breeding plumage, both males and females resemble female house sparrows. These birds glean paddy and other grain in harvested fields, and occasionally damage ripening crops and are therefore sometimes considered as pests too. The weaver birds have sharp conical beaks which help to cut blades of grass used for building their nests. They use a variety of plants including strips of grass, leaves, twigs and roots to build their lovely homes high up on the trees. Usually male weaver birds construct their nests during mating season, using them to attract prospective mates.

I recently saw a weaver bird at work and it was fascinating. The bird first made a length of grass into a loop on a branch of a tree. Perched on the loop, the bird set about weaving a nest around itself. The bird used his beak to tie the other end to the branch. He then quickly got another blade of grass and twisted it around the first piece. While I watched and followed over the next few days, the bird seemed to be repeating this process tirelessly until he finished building the nest.

The nests are woven with long strips of paddy leaves, rough grasses and bits torn from palm fronds. Each strip can be anywhere between 20 and 60 cm in length. A male bird is known to make up to 500 trips to complete a nest. It takes around 18 days to complete a nest but they are only partially built before the males begin to display it to passing females by flapping their wings and calling while hanging from their nests. Once a male and a female are paired, the male goes on to complete the nest by adding the entrance part. The female, it is said, helps with the interior bit. 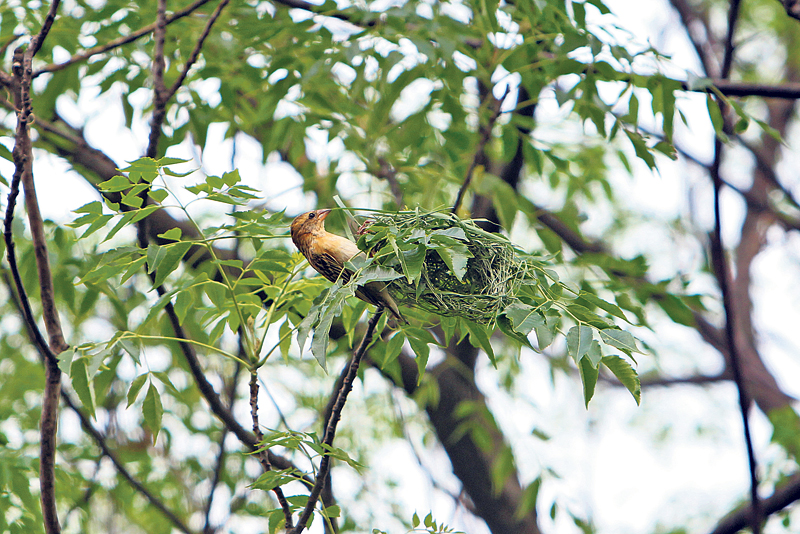 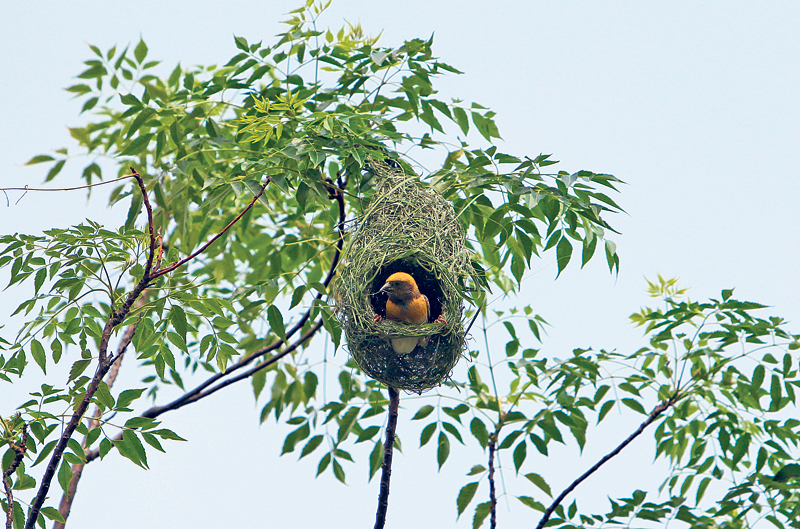 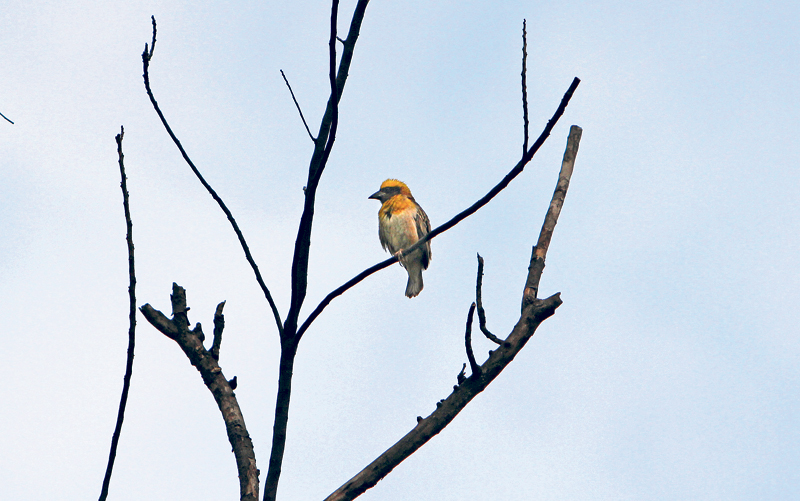 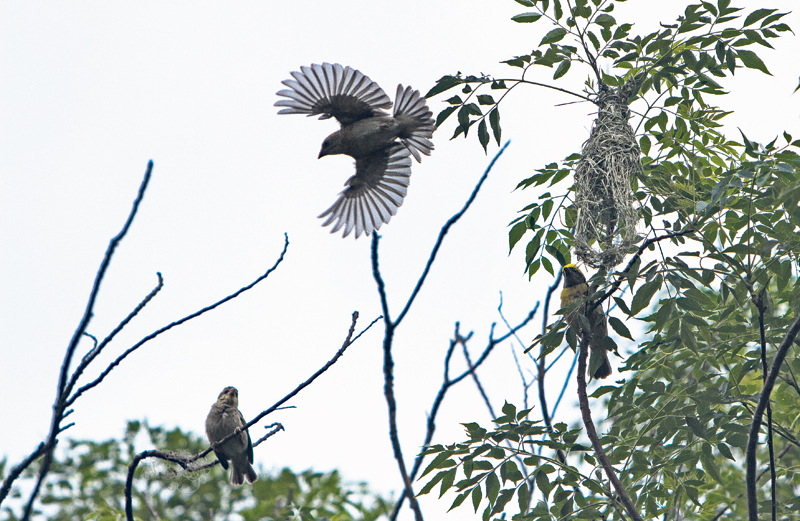 Flying into the uninhabited Northwestern Hawaiian Islands, Midway Atoll appears out of the vast blue Pacific as a tiny oasis... Read More...