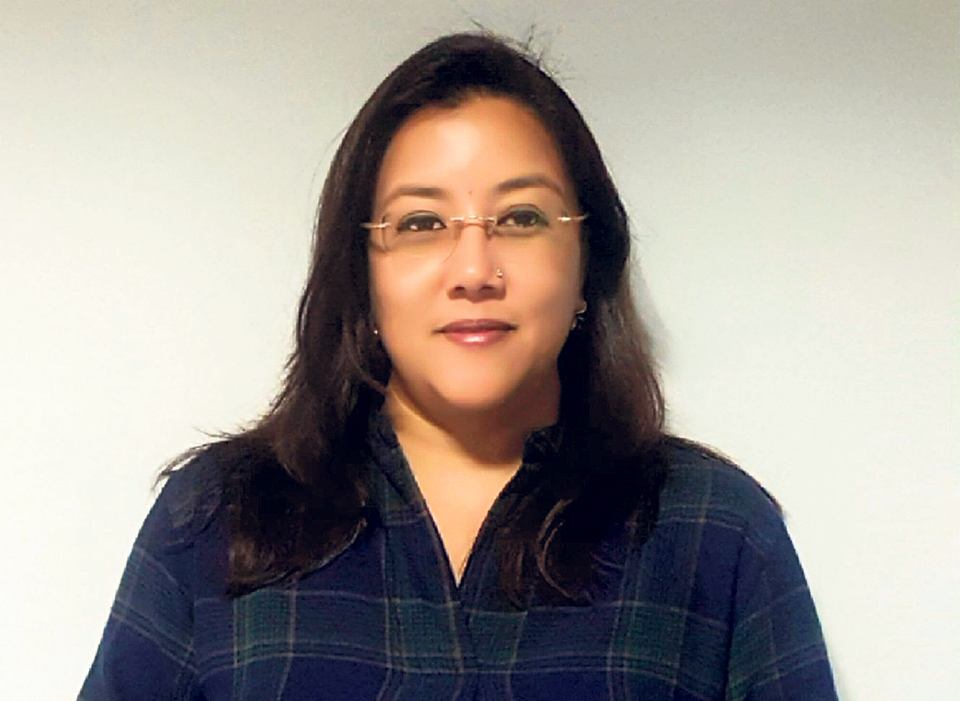 Reena Chand is the head of card center at Nepal Investment Bank Ltd. Republica caught up with Chand to talk about the benefits and challenges of a cashless economy, and the roles of stakeholders to make it successful among other issues. Excerpts:

What are the benefits and the challenges in making Nepal a cashless economy?
A cashless economy is an economic system where smaller or less amount of cash is used in transactions. Cashless economy is an outcome of transactions made by bank cards, wallets, and other digital modes. A cashless transaction is the new paradigm for banks today. Digital banking enables multiple channels to one's bank accounts, easy access to accounts and personal financial payments that act as personal financial tool without having to go to the bank. The beauty of this capability is that it is ubiquitously present and offers verifiable records for future reference unlike using cash.

Demand of cashless economy is rising, primarily from the young generations who are looking for easy and fast means of payments. Electronic-money trails allow government to easily monitor tax evasions and frauds, but there is also a downside. Such data maybe misused by cyber-attacks

We foresee that Nepali economy in a few years will be electronic. In other words, hard cash will become electronic. However, there are a few challenges in moving toward cashless economy. Important among them is the infrastructure readiness. It goes without mentioning that the eco-system of the payment industry should be strategically planned with the highest priority to data security and fraud prevention control mechanisms in place.

How is technology pushing Nepal towards a cashless economy? What is your observation?
In recent years, the payment industry in Nepal has witnessed remarkable growth, and innovation with regulatory support. Various stakeholders such as banks, payment system operators including card networks and financial market infrastructure providers have played an important role in developing the digital payments space in Nepal. Banks have invested in the latest technologies to launch innovative products and have developed a stronger product proposition for customer retention. Payment Gateway is another example of a tool that is driving Nepal toward a cashless economy.

What are ways of paying money in a cashless economy with digital payment methods?
There are several ways of paying for goods and services in a cashless medium. A Point of Sale (PoS) terminal is an electronic device used to process card payments at retail stores. Quick Response (QR) codes payment system is a contactless payment method where payment is performed by scanning a QR code from a mobile app. QR codes are becoming widely accepted as near field communication channels while paying for parking, bus tickets, movie tickets etc.

Similarly, e-commerce is the activity of electronically buying or selling of products on online services or over the internet. There are also other cashless payment modes like mobile apps, electronic wallets, internet banking/e-banking and mobile banking which enable users to do their personal banking transaction through online.

What are the steps taken by the NRB and the government to discourage use of cash?
Nepal Rastra Bank issued guidelines for issuance of chip-based cards along with PIN which have made PoS transactions safer. Banks are upgrading ATMs to read chip-based cards instead of a magnetic stripe which will overcome the threat of card skimming and cloning incidents at ATMs. Nepal Rastra Bank's steps have acted as a catalyst to promote cashless and digital economy and instill confidence among general public at all times in Nepal.

Nepal Rastra Bank has recently formed a separate department, namely Payment Systems Department to address all electronic payment related issues. The central bank has circulated guidelines where banks have to adhere to the stipulated timeline for handling and settling disputes.

What else do you think needs to be done to help drive Nepali economy to cash-lite economy?
NRB enacts monetary policies. These policies could exert control over the amount of money that needs to be created and should be in circulation. They can do it because they are the only entity that prints and circulates money and the purpose of this is to control the amount of money that is used by the entire economy. Hence, this has helped encourage cash-lite economy.

How are traditional banks going to tackle the competition when it comes to offering products for cashless economy?
Nepali payment landscape will see entry of more players and would experience further innovation. The focus for banks will be to aim at a better customer experience fueled by the development of the latest technology. With an eco-system that is not fully matured, the challenges are immense. If we want to visualize a cashless economy that allows people to pay digitally, we have to solve infrastructure quality and network issues and put information security at the highest priority. As mass participation in digital financial services increase, we must put in a concerted effort to strengthen our networks and not fail the users' trust.

Sudeep Dhakal is the head of card and digital banking at Jyoti Bikash Bank Ltd. Republica caught up with Dhakal... Read More...