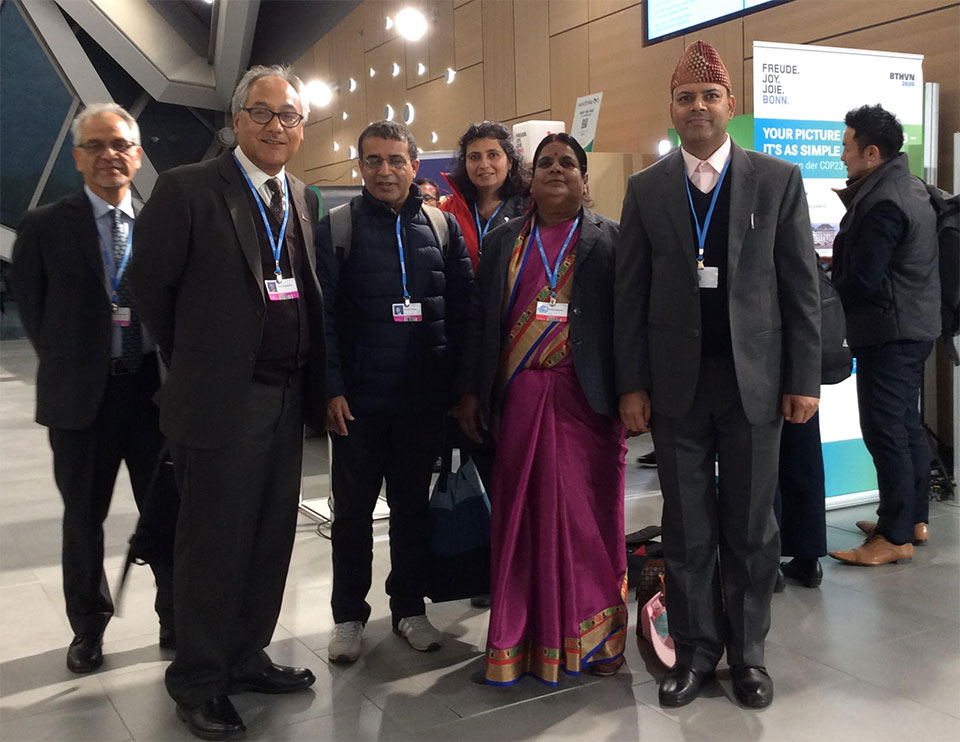 Minister for Population and Environment Mithila Chaudhary discussing with representatives of Nepal after addressing the high level meeting of COP23 in Bonn, Germany on Thursday. (Photo: Subodh Gautam/Republica)

Bonn, (Germany), Nov 17: Minister for Population and Environment Mithila Chaudhary has said that Nepal will embrace the concept adopted by the G77 China and the Least Developed Countries (LDCs) on the climate change and its impact.

As many as 25 heads of state and chief executives were present in the conference.

The main agenda of the LDCs and developing countries is that the developed countries should help them with financial assistance, technology and capacity building.

Earlier, China was not included in G77. Later on, it joined the organization and was subsequently named as G77 China.

“The amount of carbon emitted by Nepal is insignificant. However, the climate change has had a dire impact on Nepali people in general,” said she. We are serious about the impact of climate change despite having limited source.”

She expressed belief that there would be significant achievements within a year so as to limit the global warming to a 1.5 degree Celsius by the end 21st century.

Stating that Nepal-Paris agreement is moving in a positive direction, Minister Chaudhary said Nepal has been giving priority to renewable energy, clean transportation and climate resilient constructions to address the problems posed by climate change.

Meanwhile, she called upon the developed countries emitting the highest amount of carbon to limit it to 1.5 percent and express commitment to implement Paris agreement on climate change on behalf of Nepal. 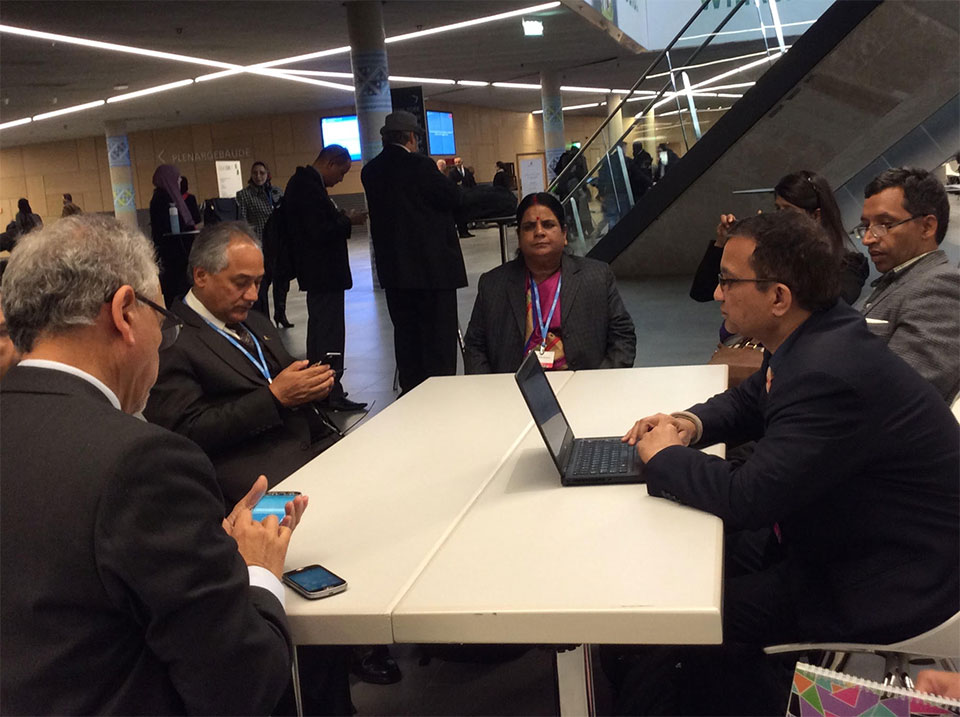 LONDON, April 3: India is among the countries which are at the greatest risk of food insecurity due to weather extremes... Read More...