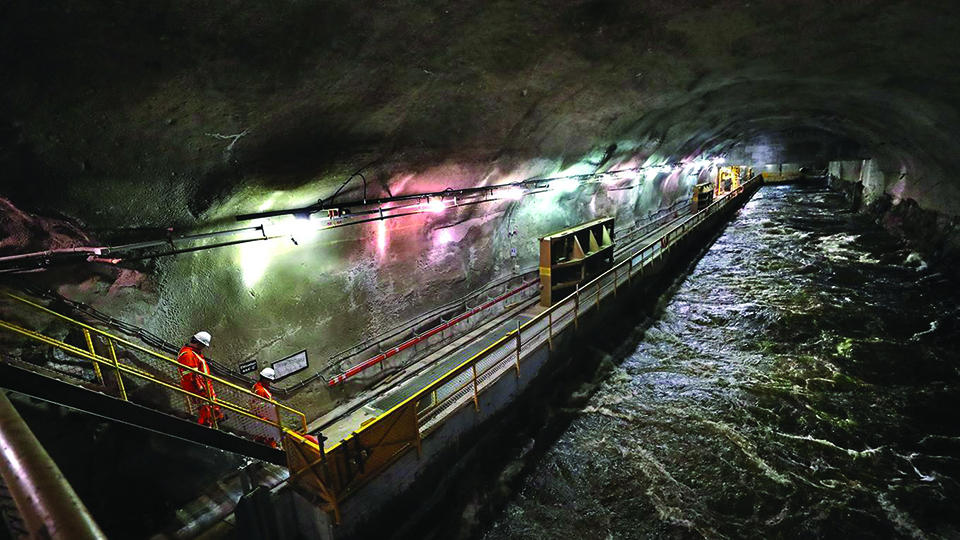 True energy security is possible only in the context of resource, climate, and environmental sustainability. The global focus obscures these critical linkages

NEW DELHI – Climate change undoubtedly poses a potent—even existential—threat to the planet. But the current approach to mitigating it, which reflects a single-minded focus on cutting carbon dioxide emissions, may end up doing serious harm, as it fails to account for the energy sector’s depletion of water resources—another major contributor to climate change.

“Water is at the heart of both the causes and effects of climate change,” a National Resource Council report declares. And, indeed, the water cycle—the processes of precipitation, evaporation, freezing, melting, and condensation that circulate water from clouds to land to the ocean and back—is inextricably linked to the energy exchanges among the land, ocean, and atmosphere that determine Earth’s climate. Just as the accumulation of carbon in the atmosphere contributes to climate change, so does the degradation and depletion of water resources. And these processes are mutually reinforcing, with each propelling and intensifying the other.

Energy extraction, processing (including refining), and production is highly water-intensive. The energy sector is the largest consumer of water in every developed country except Australia, where, like in most developing countries, agriculture comes out on top. In the European Union, electricity-generating plants alone account for 44 percent of all freshwater consumed each year; in the United States, that figure is 41 percent.

The more stressed water resources become, the more energy the water sector demands, as groundwater must be pumped from greater depths, and surface water must be transported across longer distances. In India, for example, energy now comprises about 90 percent of the cost of groundwater.

As these processes fuel climate variability, they reduce water availability and boost energy demand even further, producing a vicious cycle that will be hard to break. In fact, meeting higher electricity demand and achieving national targets for production of biofuels and other alternative fuels would require a more than twofold increase in global water use for energy production over the next quarter-century.

The only way to break this cycle—and thus to mitigate climate change effectively—is to manage the nexus between water and energy (as well as food, production of which depends on water and energy). In other words, countries must make energy choices that are not only less carbon-intensive, but also less water-intensive.

With global water supplies already strained, the shift to a water-smart approach to energy could not be more urgent. Two-thirds of the world’s people—especially in Central and South Asia, the Middle East, and North Africa—confront serious water shortages. Asia—the biggest driver of increased global energy demand—is also the world’s driest continent, measured by water availability per capita.

In these water-stressed regions, shortages have already begun to constrain the expansion of energy infrastructure. One important reason why China has failed to develop its shale hydrocarbon industry is inadequate water in the areas where its deposits are located. (To extract energy from shale, millions of gallons of water must be shot into it.)

With energy shortages usually most severe in water-stressed areas, what are affected countries to do? For starters, they must recognize that energy that is “clean” in terms of carbon can be “dirty” from a water-resource perspective. For example, “clean” coal involving carbon capture and sequestration ranks, along with nuclear power, at the top of the water-intensity chart.

Some renewables, such as solar thermal power and geothermal energy, are also notoriously water-intensive. By contrast, solar photovoltaic and wind power—two renewable technologies gaining traction globally—require no water for their normal operations. Encouraging the development of such sources should thus be a high priority.

But the type of energy that is used is not the only issue. It is also important to select the right types of plants at the planning stage. Alternative cooling technologies for power generation, including dry or hybrid cooling, can reduce water consumption (though the use of such technologies currently is constrained by efficiency losses and higher costs).

Power plants should also be located in places where they will rely not on freshwater resources, but instead on saline, brackish, degraded, or reclaimed water. In Asia, which now leads the world in terms of adding nuclear power capacity, most new plants are located along coastlines, so that these thirsty facilities can draw more on seawater.

Yet here, too, there are serious risks. Rising sea levels, as a result of climate change, could pose a much more potent threat than natural disasters, such as the tsunami that caused the 2011 Fukushima catastrophe in Japan. Moreover, with coastal areas often densely populated and economically valuable, finding suitable seaside sites for new nuclear plants is no longer easy. Despite having more than 4,500 miles (7,200 kilometers) of coastline, India has struggled to implement its planned expansion of nuclear power through seaside plants, owing to strong grassroots opposition.

True energy security is possible only in the context of resource, climate, and environmental sustainability. The global focus solely on carbon reduction not only obscures these critical linkages, but also encourages measures that adversely impact resource stability. It is time to adopt a more comprehensive, integrated, and long-term approach to the management and planning of energy, water, and other resources, with a view toward broader environmental protection. Otherwise, we will fail to meet the sustainable-development challenges we face, with devastating consequences, beginning with the world’s most water-stressed regions.