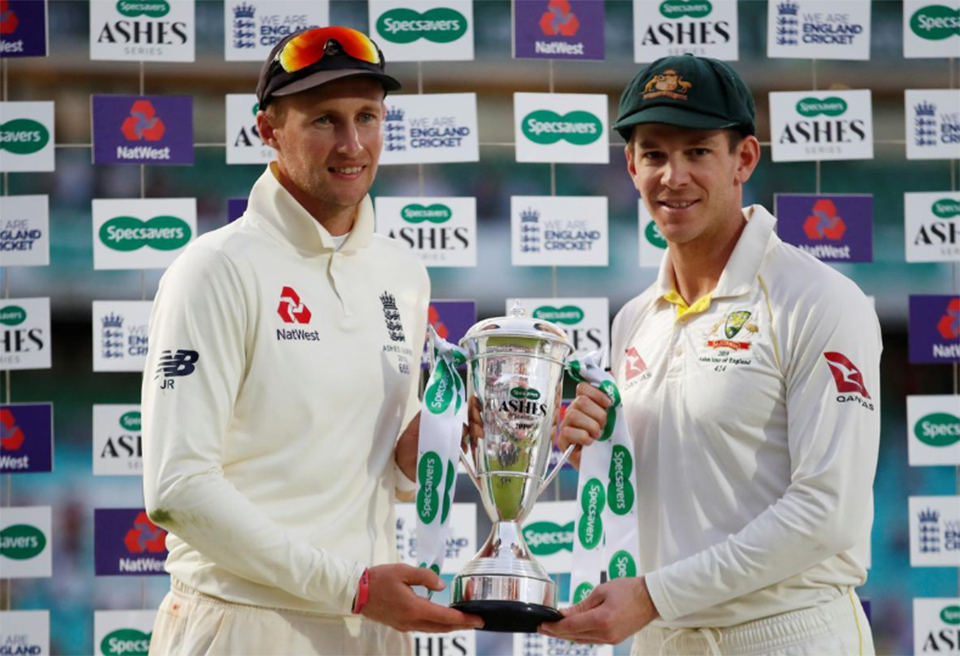 LONDON, Sept 16: Matthew Wade’s defiant century proved in vain as England bowled Australia out for 263 to win the final test at The Oval by 135 runs on Sunday and ensure the first drawn Ashes series since 1972.

Wade had looked set to take the match into the final day but he was dismissed for 117 and England grabbed the last two wickets in quick succession to level the series at 2-2.

England had appeared to be on course for a comfortable triumph when they dismissed Steve Smith for 23 just after lunch but Wade dug in to post his fourth test century and Australia, who have retained the Ashes, fell short in their bid for a first test series win in England since 2001.

“I thought we were brilliant,” England captain Root said. “To bounce back from a very difficult emotional week, to come and play in the manner we have, the team has character in abundance.”

Australia, chasing a stiff target of 399, lost the wickets of Marcus Harris, David Warner and Marnus Labuschagne in the morning after England had added 16 runs to their overnight score of 313 for eight.

Harris was bowled by Stuart Broad for nine and Warner’s miserable series was completed when he edged Broad to Rory Burns at third slip for 11.

The in-form Labuschagne, on 14, was drawn forward by a flighted delivery from spinner Jack Leach and wicketkeeper Jonny Bairstow whipped off the bails with the right-hander narrowly out of his crease.

Australia took lunch on 68 for three and their victory chances plummeted further with Smith’s dismissal.

The prolific right-hander was caught by Ben Stokes at leg slip off Broad, the first time in 11 test innings against England that he had failed to pass fifty.

STANDING OVATION
Smith left the field to a standing ovation from the crowd in recognition of an extraordinary run of form which brought him 774 runs in the series including a double century and two hundreds in seven innings.

“I am proud of the way I have played throughout the series and to help Australia bring the urn home,” Smith said after being named Australia’s man of the series.

“We came to win the Ashes and unfortunately... it is not the fairytale finish we were after.”

Wade reached his fifty before Mitchell Marsh perished for 24, caught by Jos Buttler at short leg off the part-time spin of Root.

Australia captain Tim Paine, on 21, was trapped lbw by Leach but Wade, shaken up by a fiery spell from Archer, maintained his concentration and punched the air with delight after reaching his second century of the series.

Pat Cummins departed for nine, edging Broad to Bairstow, and Wade’s resistance was finally broken when he was deceived by Root and Bairstow completed his second stumping.

“It is Ashes cricket,” Root said. “Every game you turn up and you are playing for your country. It means so much to everyone.”