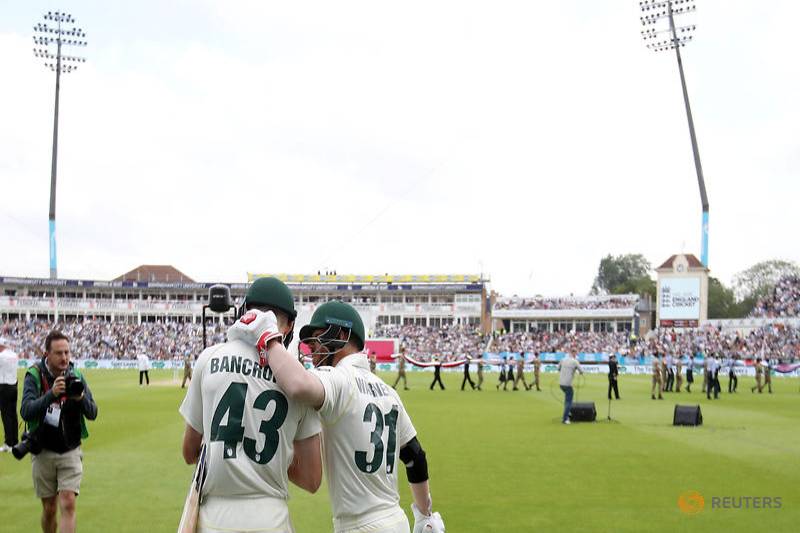 BIRMINGHAM, August 1:  There were no handshakes as Australia won the toss and elected to bat in brightening conditions at Edgbaston as the Ashes series between England and Australia got underway in Birmingham on Thursday.

However, as was reported by the British media in the run-up to the opener at Edgbaston, England were not so keen on the idea and such an occurrence did not take place.

England have not lost a test match at “fortress Edgbaston” in more than a decade, with holders Australia not winning here since 2001, and home fans were keen to point such a fact out to their counterparts from Down Under.

After a gloomy morning in Birmingham, conditions improved, which may have influenced Paine’s decision to elect to bat in what is considered to be a bowler-friendly environment in the Midlands.

Paine revealed the Australia team when winning the toss, with Mitchell Starc and Josh Hazlewood missing out, and veteran Peter Siddle and James Pattinson — starting his first test since February 2016 — in the XI.

“I like the bowling attack — I think they’ve shown a lot of courage to leave out Starc and Hazlewood, who have been fantastic for Australia for a long time,” former Australia spinner Shane Warne said.

England captain Joe Root insisted that he was not too disappointed to be bowling given the conditions, perhaps giving a glimpse into the mind games that are to come in this series.

The scene was a common one coming into an English cricket ground for a clash between the arch rivals, with casually-dressed Australians enjoying many boisterous exchanges with Englishmen in coats and full-length trousers.

Raucous Edgbaston is about as far removed from the refined surrounds of Lord’s as it can get — especially the notorious Eric Hollies stand, the spiritual home of England’s vocal ‘Barmy Army’.

The crowd were early with their chanting mostly aimed at the disgraced Australian trio of David Warner, Smith and Cameron Bancroft, with the Australians in attendance happy to grin and bear it.

With fans finding their seats after one last morning trip to the bar, a gospel choir welcomed the teams onto the pitch with their rendition of England’s cricket anthem ‘Jerusalem’.

The Australian team were welcomed by a cacophony of boos, before the national anthems, with the visitors keen to show a united front with arms on each other’s shoulders as they sang theirs, before the handshake that never was.

Power Corridor: A New Dimension of India-Bangladesh Relations
12 hours ago

By breaking the wall of corruption, the country should be led toward good governance: Minister Giri
4 hours ago