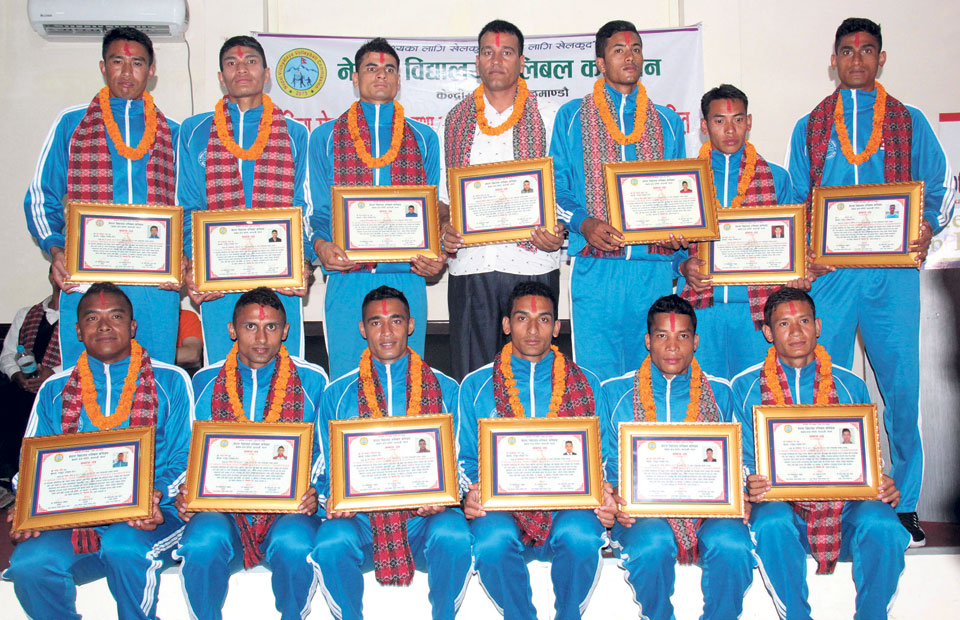 KATHMANDU, July 29: Nepal School Volleyball Commission has announced to organize junior volleyball tournaments of national and international levels for the first time in Nepal. The commission however didn’t give any date for the international tournament.

President of the commission, Ram Bahadur KC, while presenting the organization’s annual programs on Saturday, announced that Nepal will participate in an international tournament or a friendly of U-18 and U-16 levels. KC said that the commission will leave no stone unturned to successfully organize the ambitious events.

Likewise, the commission informed about their plan of forming U-18 and U-16 teams of both girl’s and boy’s and appoint coaches for regular trainings for them.

The commission said that U-18 boy’s and girl’s national tournament will start on October 29 and conclude on November 4, and the interschool U-16 girl’s and boy’s volleyball tournament will take place on any date during mid-March to mid-April.

KATHMANDU, May 11: A five-day event is set to mark the biggest cash prize volleyball competition in Nepal, kicking off... Read More...

KATHMANDU, Oct 27: Trekking Agencies’ Association of Nepal (TAAN) has published the list of candidates for its election of central executive... Read More...