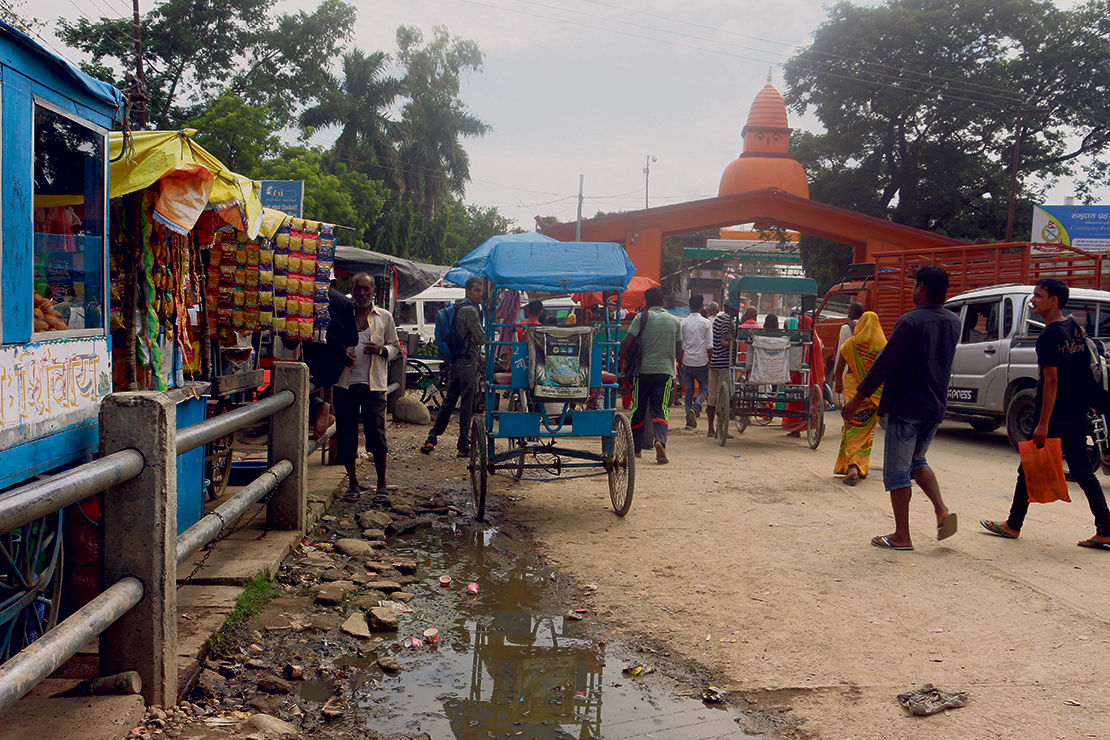 Authorities fear an influx into Nepal of those likely to be rendered stateless in India
KATHMANDU, Dec 22: Amid concern that new amendments to India’s citizenship-related laws and subsequent protests across that country could cause a mass exodus of people across the open border with Nepal, the authorities here have stepped up security vigilance and checks at major border crossing points.

Senior officials at the Ministry of Home Affairs  said they are exercising additional precaution as they are apprehensive of  spillover effects of the ongoing protests in India and of the Indian government’s plans to crack down on ‘illegal’ immigrants.

“We have sent circulars to security agencies deployed at border points and immigration authorities  all along the border with India to exercise extra vigilance and monitor the cross-border movement of people . Security vigilance is up  compared to the past,” said Home Ministry Spokesperson Kedar Nath Sharma.

Nepal and India share an open border regime, making it easy for people on both sides to travel from one country to the other without any visa requirements. But there is concern that this exclusive privilege enjoyed by  nationals of the two countries could be misused by third country nationals.

Protests have spread across India over the Citizenship Amendment Act and the National Register of Citizens since early this month. There are fears  the new changes to the law will deprive  large numbers of the Muslim population living in different part of the country of their citizenship , rendering them in effect stateless.

As the new   law appears to allow only non-Muslim immigrants  to reside in India, authorities in Nepal are apprehensive that there could be an influx into Nepal of those likely to be rendered stateless .

The National Register of Citizens (NRC) in Assam state, published on 31 August 2019, for instance, excludes some 1.9 million residents from the register. This number includes some 100,000 people of Nepali-origin who have been living there for up to 200 years, but a great majority of them are Muslims who emigrated from Bangladesh in the 1970s after that country broke away  from Pakistan.

Nepal Police and Armed Police Force (APF) units along the border have been instructed to seek the identity cards of those deemed suspicious and to increase checking at all border points. APF personnel have also increased foot patrols along the border as per the instructions of the Home Ministry.

The Home Ministry has instructed district administration offices (DAOs) in Jhapa, Morang and Ilam  in particular to keep special vigil over the border.

The government last week decided to set up an additional 114 border outposts of the APF along  the Indo-Nepal and Sino-Nepal borders. With this new decision taken by the cabinet last week, the total number of border outposts along Nepal’s international border will reach  221.

Except for a few major border points with China where there is cross-border movement, most of these outposts would be stationed along the Indo-Nepal border. The decision comes in view of  apprehensions that the open border  between the two countries could be exploited by  elements  inimical to the interests of the country.

Territory, legitimate government, population, recognition by other countries, sovereignty and military force constitute a state. Among all the elements territory... Read More...

KATHMANDU, April 15: Ministry of Home Affairs has instructed both of police institutions to call back security personnel involved in... Read More...

Three Indian nationals, who had entered Nepal defying the nationwide lockdown enforced by both India and Nepal, were tested positive... Read More...