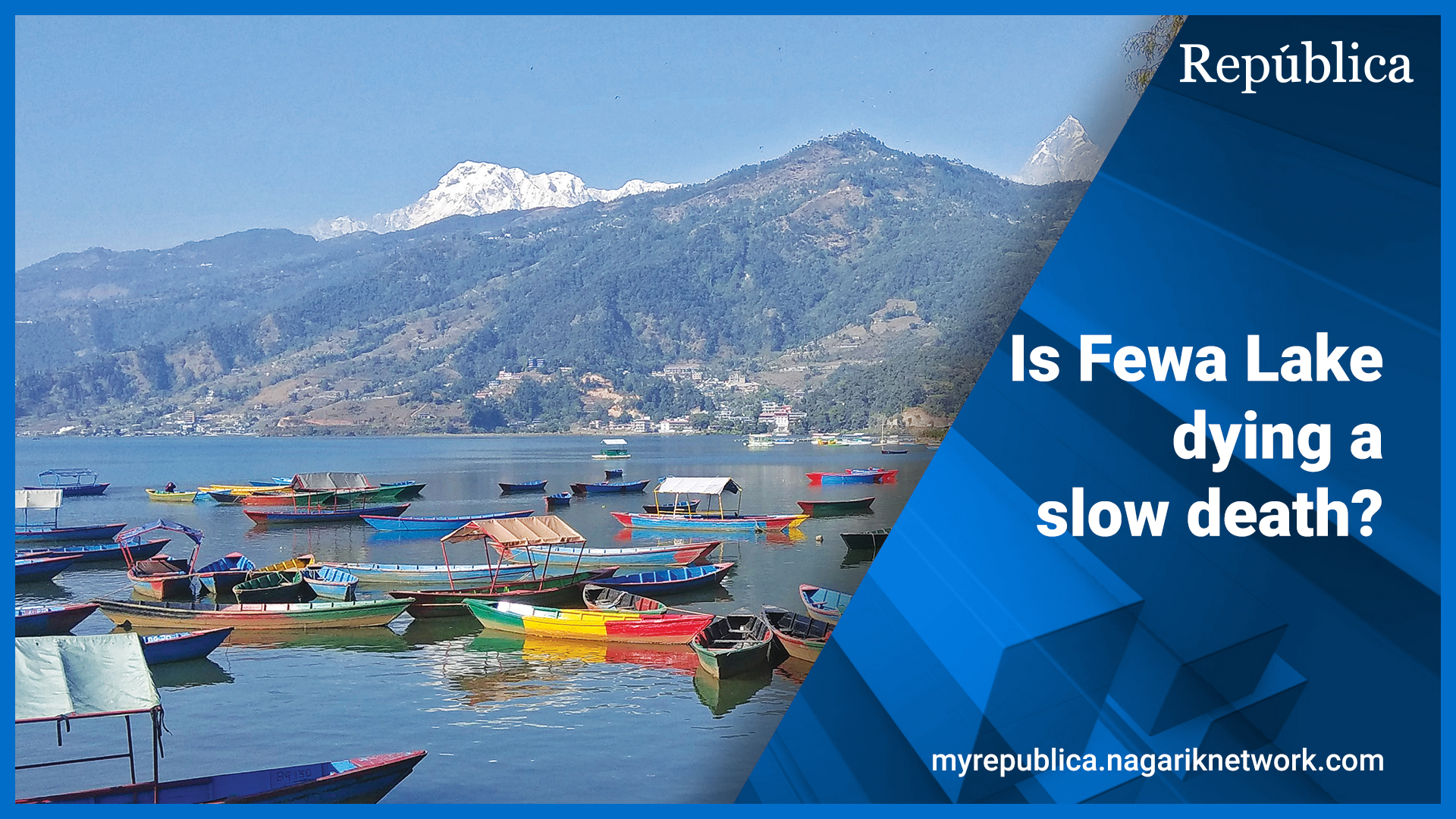 Will the Supreme Court verdict on Fewa Lake be ever implemented?

1.         Fewa Lake, a major tourist destination in Pokhara,  was spread across 10 square kilometers back in 2018 BS. The area of the lake has now shrunk to barely 4.20 square kilometers, according to a survey conducted by the Department of Survey in 2064 BS.

2.         A number of individuals are found to have registered over 1,692 Ropanis of land originally belonging to the lake in their names.

3.         A report submitted by a probe committee formed under Bishwa Prakash Lamichhane to the then Prime Minister Baburam Bhattarai on May 16, 2012 recommended scrapping the land ownership certificates of 950 individuals.

6.  A number of studies have shown that Fewa Lake will become extinct within 75 to 100 years if no initiatives are taken to conserve it.

7.         There is a legal provision to restrict construction of any concrete structures within 65 meters from the shores of the lake.

8.         The Supreme Court has already ordered the government to demolish all illegal structures built by encroaching upon the land belonging to the lake.

9.         The apex court on April 28, 2018 also ordered the government to implement the recommendations made by the probe report submitted by the Lamichhane-led probe committee.

10.       The apex court ordered the government to determine the exact area of the lake within six months of its verdict.

11.       But the apex court verdict awaits implementation though more than two years have already passed.

12.       A contempt of court case was filed at the apex court on August 1, 2019 alleging that the government had failed to honor the court verdict.

14.       The report has estimated that the government may need to provide Rs 10 billion in compensation to remove encroachment of the land belonging to the lake.

KATHMANDU, Jan 30: The Supreme Court (SC) has asked the government to submit a progress report on the implementation of an... Read More...

POKHARA, Dec 17: Every year, millions of tourists visit Pokhara and enjoy the beauty of the Fewa Lake. While some go... Read More...

PM Oli fails to secure parliament’s confidence, what next now?
22 hours ago

President initiates process to form new govt, asks opposition parties to stake claim for new PM by May 13
20 hours ago

1.4B but no more? China’s population growth closer to zero
7 hours ago