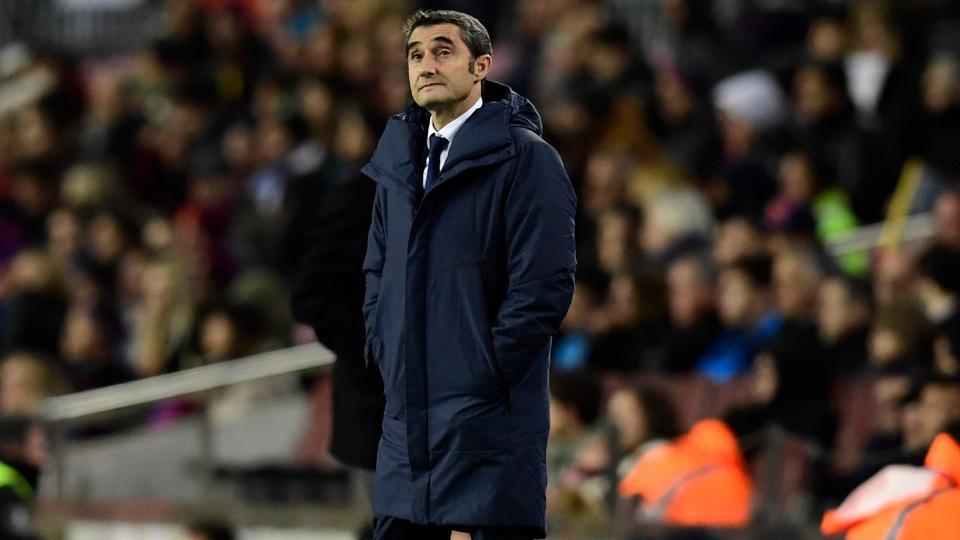 KATHMANDU, Dec 22: Barcelona travels to the Santiago Bernabeu on Saturday, to face its eternal rivals Real Madrid in the first Clasico of the season. Barca will have a chance to extend its lead over Real Madrid by 14 points with a win, with the Spanish champions still having a game on hand as it went to the United Arab Emirates (UAE) for the FIFA Club World Cup.

Barca has not still faced a defeat this season under new boss Ernesto Valverde. Barca enjoys balanced football tactics under Valverde, with the former Athletic Bilbao coach not making too many substitutions to maintain the balance and be defensively superior in every department.

Barcelona is more solid defensively and can balance the match with high pressing strategies when they are not in the possession like in the match against Real Betis which they won 2-0. Barca plays with a 4-4-2, with Ivan Rakitic deeper than Paulinho and Andres Iniesta, but slightly ahead of Sergio Busquets. Barcelona fullbacks offer plenty of widths in wider positions and enjoy possession-based football as they can stay forward and help the attackers get a goal or two.

The 4-4-2 style of play under Valverde helps Lionel Messi and Iniesta go sideways, while it gives room for Paulinho to move forward and attack in the box in light of his physical presence.

When Barca is attacking and has a lot of possession, Busquets drops deeper in the middle of the two center backs like in a 3-4-3, and allows his fullbacks to go forward and link up with the attackers like the linkups between Messi and Jordi Alba.

When Barca is defending, two center backs go back to their positions and narrow the play, while the fullbacks return to their respective sides, and Busquets stays in a pivot role ahead and between the defensive and the midfield line. The midfield, when attacking, becomes a line of three players with Iniesta in the right, Busquets in the middle and Rakitic in the left, with Paulinho moving ahead of the midfield line and just behind the two attackers in Messi and Suarez.

When Barca is playing with teams who enjoy a long share of possession, they press high. The loose passes often creating goals for Barcelona, and with Suarez pressing a defender of the right-hand side, it gives less space for the ball playing defender to pass the ball. Then, the defender has to pass the ball either back to his goalkeeper, or for a throw-in. This helps Messi and the midfield players threaten the defense line when Barca recovers the ball. But, when the ball is still with an opponent player, other Barca players press high and do not let the ball playing defender get the ball since Suarez keeps on tracking the player down.

Another tactical resurgence Valverde has changed in Barcelona is that Iniesta is given more time to switch the play either to the right-hand side players in Rakitic/ Semedo/ Sergi Roberto, or the left-hand side player in Alba/ Suarez. Valverde uses Iniesta to create opportunities and also not making him run too much given the facts that his legs tire.

While the new signing Paulinho is used as a box-to-box player who links with Messi and Suarez to attack and get to box with the help of his physical superiority. He provides freedom to Messi to roam and create space to connect with Suarez or the wide midfielders or the full-backs.

Team news
Barca will be without new signing Ousmane Dembele, who has already started training, but isn’t given a green light to play against Real Madrid. Likewise, Rafinha, Arda Turan, Francisco Alcacer, Gerard Deulofeu and Samuel Umtiti are the most notable absentees.

Barca will most likely start with Marc-Andre ter Stegen in goal and Sergi Roberto, Gerard Pique, Javier Mascherano as he returned from months-long injury and Jordi Alba for the defense line.

Busquets, Paulinho, Iniesta might as well start in the match, while Roberto can play instead of Rakitic in the midfield role, while Semedo can feature in the right back position. Also, Messi and Suarez will surely start the match.

Gareth Bale has returned from his ongoing injury and is certain to be on the bench against Barcelona, while Real’s talisman Cristiano Ronaldo is given a positive response for the match, despite suffering from a calf injury during Real’s 1-0 CWC final victory over Gremio.

So, Real might start with Keylor Navas between the sticks, while Sergio Ramos, Rafael Varane, Dany Carvajal and Marcelo in the defensive line.

The midfield three might as well be of Casemiro, Luka Modric, and Toni Kroos, while the front three will surely feature Ronaldo, Benzema, and Isco.

Head-to-head
Barcelona and Real Madrid have faced each other 235 times in the past excluding the friendly matches, with Barca winning in the 91 matches, Real registering victories 95 times, while 49 ending in draws.

In the last seven meetings between these sides, Barca and Real both have won three matches each, while a game ended in a draw.

In La Liga 2016-17 season, Barca and Real were held in a 1-1 draw, while the corresponding fixture was a 2-3 away win to Barcelona. Barcelona also beat Real 2-3 in the Champions Cup in pre-season.

In Spanish Super Cup final in August, Barca was defeated in both matches. It lost 1-3 at home in the first leg, while Real overcame Barca 2-0 in the second.

Recent form
Barca is at the top of the table with 42 points and Madrid on fourth with 31. Messi has 24 goals in El Clasico with the last La Liga game decided by Messi’s late strike.

Real has not been at its best recently and will take some doing to beat Barca, but if they do, they are within eight points to Barca with a game in hand.

LALITPUR, Feb 17: With the animal DNA test in place, action against the smugglers of different body parts of animals... Read More...