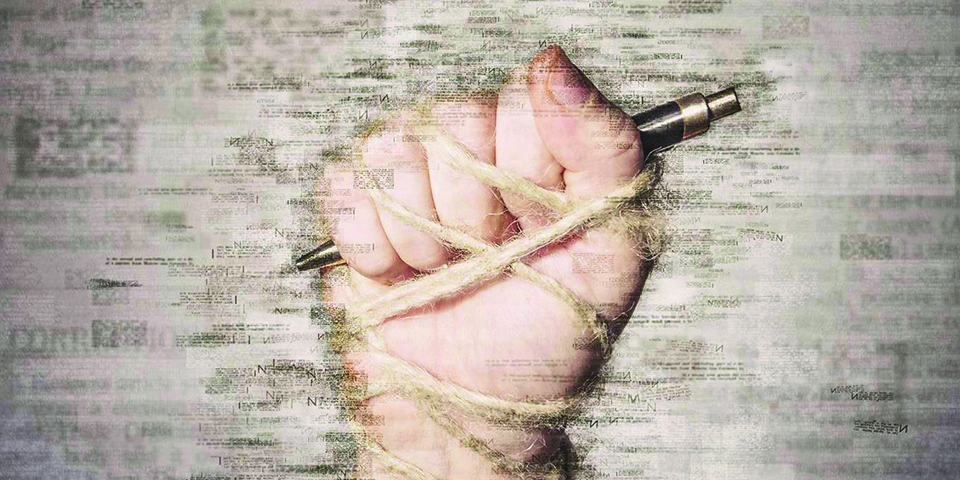 Josh Friedman, a Pulitzer-Prize winning journalist, was Chair of the Committee to Protect Journalists and Director of International Programs at the Columbia University Graduate School of Journalism. He now chairs the Logan Nonfiction Program advisory board, sits on the advisory board of the Dart Center on Journalism and Trauma, and serves as Vice-Chair at the Carey Institute for Global Good
news@myrepublica.com

NEW YORK – On a trip to Ethiopia in the 1990s, I met with Prime Minister Meles Zenawi to try to persuade him to stop jailing journalists. Since Zenawi’s guerillas had ousted a repressive Soviet-backed dictatorship a few years before, there had been an explosion of exuberant and sometimes wildly inaccurate little newspapers, many of them attacking Zenawi. So he had cracked down, introducing laws criminalizing what he called “insults” to the government and fining and imprisoning journalists for inaccuracies. Ethiopia quickly became one of the world’s top jailors of journalists.

Now, with a new reformist prime minister, Abiy Ahmed, in office for just one year, Ethiopia has made so much progress in freeing jailed journalists and lifting press controls that it is hosting World Press Freedom Day.

But don’t celebrate yet. Some in the newly freed press are publishing sometimes inaccurate stories—whipping up ethnic and tribal enmity and attacking Ahmed. With the first free elections in 15 years taking place next year, he is in the same spot Zenawi was, and is considering restoring some of the press controls he had canceled.

Before he does that, he should take a long and critical look at Zenawi’s crackdown and the lesson it holds: journalists are irrepressible, and controlling them achieves nothing in the long run. In fact, it merely delays the development of a more professional media.

Zenawi had offered a simple explanation for his government’s actions. “Our journalists are not professional like those in the United States and Western Europe,” he told me. “They do not know how to report the news accurately. We must set guidelines for them until they learn how to do their jobs.” If he were alive today, Zenawi would probably be railing against “fake news.”

Over more than three decades of fighting for a worldwide free press, and as an early chairman of the Committee to Protect Journalists, I have heard arguments like Zenawi’s many times. Journalists, officials in emerging democracies often insist, must be constrained by the state until they are able to carry out their work responsibly. But rather than accelerating the development of a credible free press, this approach impedes it.

After my meeting with Zenawi, I began seeking historical evidence for his claim that insufficiently professional journalism justified suppression of the press; that way, I could counter his argument on my next trip. I found one precedent in early US history. In fact, Zenawi’s words were eerily similar to arguments made in the eighteenth century by US President John Adams and his Federalists, who denounced a free and enthusiastic press that disseminated criticism—both accurate and inaccurate—of the new country’s politicians.

Arguing that an unrestrained press threatened America’s future, Adams succeeded temporarily in stifling journalists in 1798, when he signed the Alien and Sedition Acts, which authorized imprisoning and fining journalists who “write, print, utter, or publish any false, scandalous and malicious writing” against the government. Twenty newspaper editors were subsequently jailed.

But Thomas Jefferson and his Democratic-Republicans pushed back against the Federalists, both in Congress and the courts. And, fortunately for US journalists, Jefferson was elected president in 1800. Within two years, the alien and sedition laws either expired or were repealed. That opened the way for the American press to experiment, thereby developing—over more than two centuries—a culture of deep and accurate reporting, including consistent fact-checking.

There’s no shortcut to a vibrant free press; it takes a long period of trial and error for the norms and institutions of professional journalism to develop. Politicians must trust the process—and maintain a thick skin. While repressive media laws may benefit leaders in the short run, in the long run, they stunt the development of a country’s press.

There is quantitative evidence of this effect. When the French Revolution began in 1789, press restrictions were lifted. Four years later, there were more than 400 newspapers in the country, including 150 in Paris alone. By 1799, that figure had risen to 1,300 newspapers across the country. That was 1,300 venues for aspiring journalists to learn and hone their craft.

But the revolution took a repressive turn. By the time Napoleon Bonaparte took power in 1799, the number of newspapers in Paris had plunged to 72. He soon reduced that number to 13, and then, in 1811, to four.

Likewise, after the collapse of the Soviet Union, media of all types flourished. But some of the newly independent successor states embraced the idea that media “guidelines” were needed. Many enacted laws that were advertised as ensuring a free press, but that have been used to penalize journalists for aggressive, critical reporting. Libel was criminalized. Enormous fines were imposed on independent publications, broadcasters, and bloggers.

US President Donald Trump is trying to go in the same direction. His constant branding of journalists as “liars” and “enemies of the people” echoes the Nazis’ preferred label for the media: the Lügenpresse (lying press).

Even in the European Union, journalists are still jailed for criminal libel and insulting the government, according to a 2014 International Press Institute study. “The vast majority of EU states maintain criminal defamation provisions that provide imprisonment as a possible punishment,” the IPI found. “Prosecutions continue to be carried out and journalists continue to be sentenced to criminal punishments.”

Allowing the press to experiment, make mistakes, and learn from them has been crucial to the success of democracies worldwide. That is why governments and civil societies need to be vigilant in supporting a free press, even—or especially—if it is still developing.

Josh Friedman, a Pulitzer-Prize winning journalist, was Chair of the Committee to Protect Journalists and Director of International Programs at the

Columbia University Graduate School of Journalism. He now chairs the Logan Nonfiction Program advisory board, sits on the advisory board of the Dart Center on Journalism and Trauma, and serves as Vice-Chair at the Carey Institute for Global Good

There is still much to be gained from China’s continued integration into the global system. The question is whether world... Read More...

Consumer price inflation remained stable at 7.26 percent as of mid-January: NRB
32 minutes ago