‘US didn’t expect Russia to grow so strong in Arctic’: Why Pentagon is rebuilding Cold War-era fleet 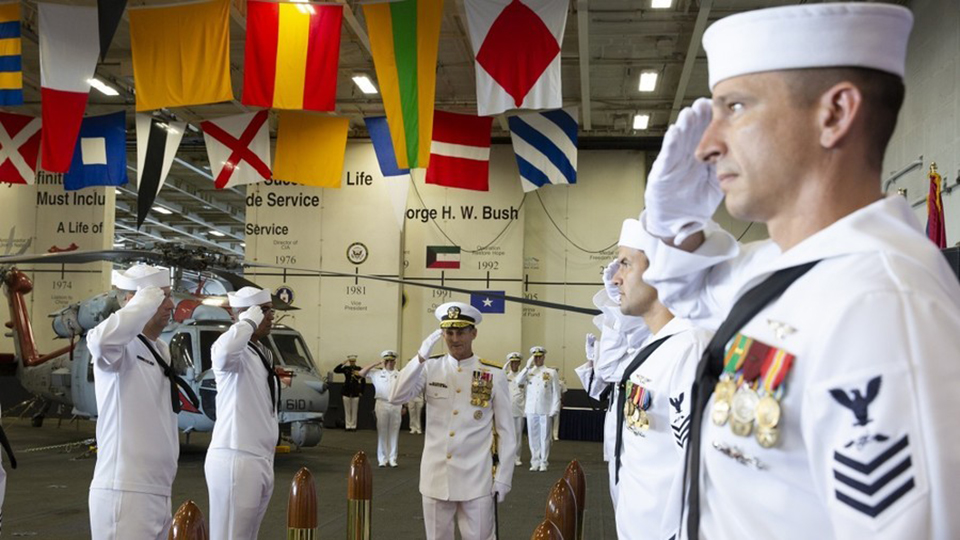 The official ceremony re-establishing the US Second Fleet in Norfolk, Virginia on August 24. / US Navy | Photo: Agency

WASHINGTON DC, Aug 28: US moves to reform its 2nd American fleet will create a potential theater of conflict with Russia, but experts say Moscow won't be too worried about the Pentagon's lagging military capacity in the Atlantic and the Arctic.

While US officials declared that they weren't "looking for a fight" in relaunching a fleet that had numbered over 100 vessels when the USSR collapsed, but were merely building a deterrent to ward off "resurgent" foreign powers, Russian analysts interviewed by RT have predicted a further escalation of tensions.

"This a return to the Cold War, and its marine rivalry. There is nothing good that can come from this, and we can expect the US to start acting more aggressively, particularly around the North Atlantic," said Igor Korotchenko, editor-in-chief of National Defense magazine.

"The overall temperature of the relations between the two states will rise, and the area will become a flashpoint," said the analyst, noting that Russia's own northern fleet is it's most powerful.

For Aleksey Leonkov of Homeland Arsenal magazine, this is a reactive measure from Washington, which, under Barack Obama, underestimated Russia's determination to make the Arctic its backyard, as a passageway, a source of hydrocarbons and a strategic foothold.

"NATO has almost no forces in the North Atlantic because they were not expecting Russia to develop its Arctic fleet and to build on-shore defenses. Together with the growing potential economic importance of the Arctic, this caused genuine alarm in the Pentagon, and this is the response," he told RT.

For Viktor Litovkin, military observer for TASS news agency, Moscow, and Washington are recreating a global chessboard and the specific locations of the pieces are not as important as the rivalry itself.

"The US resents Russia's presence in Syria, where it maintains its Tartus naval base, so this is an indirect response to that," he said.

'US is just one country, it cannot dictate'

While Russia has not denied that its submarines have returned to a Soviet level of patrol intensity in the North Atlantic, the analysts disagree with the defensive posture the new US fleet commander, Vice Admiral Woody Lewis, presented when he launched the American fleet last week.

During the ceremony in Norfolk, Virginia, Lewis spoke of "bad actors" seeking to "rewrite the world order" and "threaten the very birthright freedoms that we hold sacred."

The US itself broke the world order that formed after World War II, where spheres of influence were regionally designated. At least during the Warsaw Pact vs. NATO years, there was an equilibrium to the world," responded Leonkov.

"Since the fall of the Soviet Union, the US has redrawn the map at will, supporting its might with its bases, spread worldwide. So it is a little disingenuous of US officials to be talking of others breaking the rules."

"International law is just toilet paper to the US. When they need it, they will use it (to justify their actions), but when not, they flush it down and forget about it," says Litovkin.

The analyst believes that the Donald Trump-era US strategy, announced in January, that seeks dominance in a new "great power competition," as opposed to setting limited regional goals, is doomed to fail.

"The US is just one country. It is not the UN. It cannot dictate, and not only Russia but also China will not accept being dominated by its ambitions," he said.

'As long as there is strategic parity, Russia is safe'

None of the three experts believe that live confrontations or even shows of strength are imminent, not least because neither Moscow nor Washington desires another resource challenge.

"Russia has no expansive ambitions and has no plans to attack, it only seeks to defend its own sovereignty, and any of its activities should be seen in that context," says Litovkin.

Leonkov believes that, while the 2nd fleet –currently a skeleton-crew even administratively, not to mention in terms of fighting capacity– will build its strength quickly with "financing easy to get among the anti-Russian rhetoric," it may require years to gain effectiveness.

The US has lost a lot of its experience in dealing with and existing in the Arctic. And whatever they did to counter the Soviet Union is of limited relevance, because of how much Russia's approach has advanced in the meantime," he said.

"Russia is developing its own counters; specifically the submersible fleet, where it is one of the world leaders and has a full array of vessel classes," he said.

But the ultimate deterrent on both sides is elsewhere.

"As long as Russia remains a nuclear power and maintains strategic parity, nothing is likely to tilt the balance, particularly since it is also developing its own counters," said the expert.