U.S. says Russia on brink of Ukraine attack after separatist plea for help 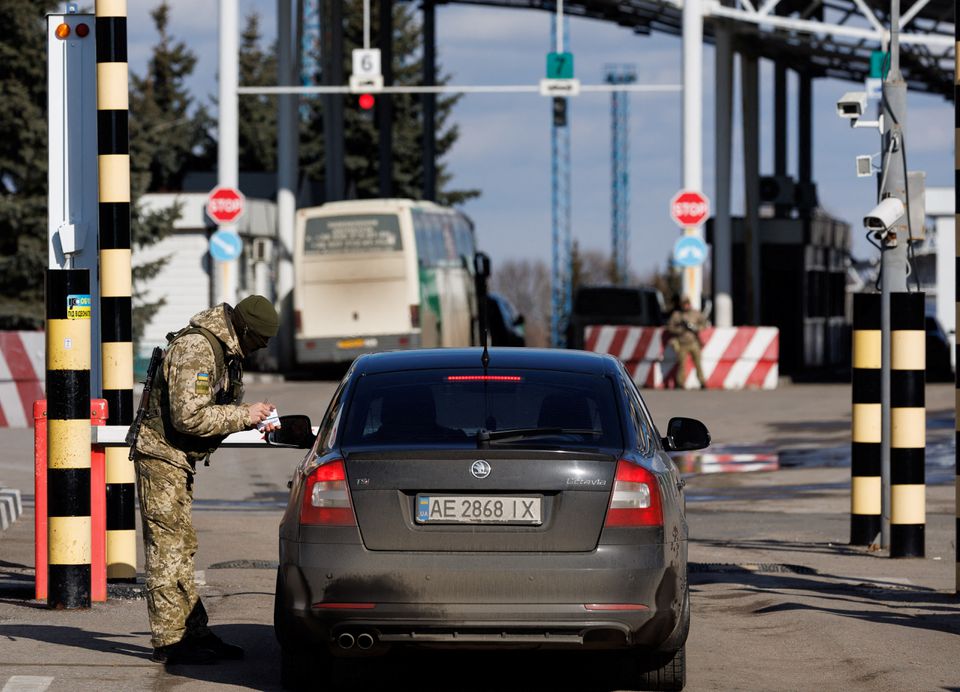 KYIV/DONETSK, Feb 24: U.S. Secretary of State Antony Blinken said he believes Russia will invade Ukraine within hours after separatists on Wednesday asked for Russian help to repel "aggression" and as explosions rocked the breakaway eastern city of Donetsk.

Blinken told NBC News he expected Russian forces would attack Ukraine overnight although he still held out hope for diplomacy to pull Europe back from the brink of war.

"Everything seems to be in place for Russia to engage in a major aggression against Ukraine," Blinken said in an interview, adding he could not be precise about time or place.

The United Nations Security Council will discuss Ukraine on Wednesday night, diplomats said, the 15-member body's second late night meeting on the crisis this week. Ukraine requested the meeting, backed by the United States and five other council members, after the separatist request for Russian help.

Hours after the sepratists issued their plea, at least five explosions were heard in the separatist-held eastern Ukraine city of Donetsk on Thursday morning, a Reuters witness said. Four military trucks were seen heading to the scene, but the cause of the explosions was not known.

Convoys of military equipment including nine tanks were seen moving towards Donetsk on Wednesday from the direction of the Russian border, a Reuters witness reported.

Shelling has intensified in the east, where Russian President Vladimir Putin has recognised two separatist regions as independent and ordered the deployment of what he called peacekeepers, a move the West calls the start of an invasion.

But there was still no clear indication of whether Putin will launch a massed assault on Ukraine with the tens of thousands of troops he has gathered on its borders. Moscow has long denied that it has plans to invade.

The leaders of the two breakaway areas want Putin to intervene.

"I am asking for help to repel the Ukrainian regime's military aggression against the population of the Donetsk People's Republic," said Denis Pushilin who heads the area Moscow recognised as independent, according to TASS news agency.

"This is an example of it," White House press secretary Jen Psaki told reporters. "That is suggesting that they feel under threat. By whom? The Ukrainians that the Russians are threatening to attack?"

Ukrainian President Volodymyr Zelenskiy said Moscow had approved an offensive and not replied to an invitation for talks.

"Today I initiated a telephone conversation with the President of the Russian Federation. The result was silence," he said.

U.N. chief Antonio Guterres has dismissed claims of a genocide in eastern Ukraine. Under international law, genocide is an intent to destroy, in whole or in part, a national, ethnical, racial or religious group.

A total of 80% of the soldiers assembled are in a position to launch a full-scale invasion on Ukraine, a senior U.S. defence official said.

Satellite imagery taken on Wednesday showed new deployments in western Russia, many of them within 10 miles (16 km) of the border with Ukraine and less than 50 miles from the Ukrainian city of Kharkiv, U.S. satellite company Maxar said.

The images showed field deployment, military convoys, artillery and armoured personnel carriers with support equipment and troops. The images could not be independently verified by Reuters.

A 30-day state of emergency in Ukraine restricting the freedom of movement of conscripted reservists, curbing the media and imposing personal document checks, according to a draft text, begins on Thursday.

The Ukrainian government has also announced compulsory military service for all men of fighting age.

While the West has held off the most stringent sanctions measures it could impose, the United States stepped up the pressure by imposing sanctions on the firm building the Nord Stream 2 gas pipeline and its corporate officers.

Germany on Tuesday froze approvals for the pipeline, which has been built but was not yet in operation, amid concerns it could allow Moscow to weaponise energy supplies to Europe.

Ukrainian government and state websites, which have experienced outages in recent weeks blamed by Kyiv on cyber attacks, were again offline on Wednesday. Ukraine's parliament, cabinet and foreign ministry websites were affected.

Moscow has described warnings of an invasion as anti-Russian hysteria. On Wednesday, it took down flags from its embassy in Kyiv, having ordered its diplomats to evacuate for safety reasons.

Ukraine's military said one soldier had been killed and six wounded in increased shelling by pro-Russian separatists using heavy artillery, mortar bombs and Grad rocket systems in the two breakaway areas in the last 24 hours.

Russia has presented the crisis mainly as a dispute with the West, demanding security guarantees, including a promise never to allow Ukraine to join NATO.

But the recognition of the separatist regions was accompanied by much stronger language against Ukraine, which Putin called an artificial construct wrongly carved out of Russia by its enemies.

Madhesh Pradesh: Cabinet expansion delayed amid differences among parties
11 minutes ago
Bill on money laundering to be amended through fast track process
41 minutes ago