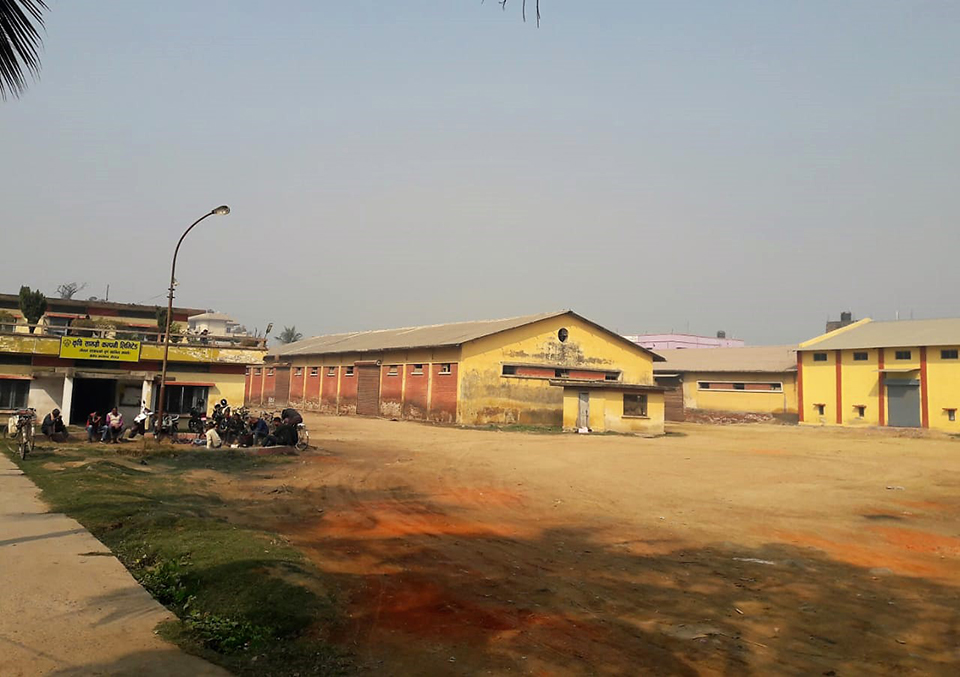 Ritesh Tripathi/Republica AICL's regional office in Birgunj, which used to be abuzz with motor vehicles loading and unloading fertilizers, wears a deserted look.

BIRGUNJ, Jan 22: Wheat is the second major crop of Nepal after paddy. However, farmers of Parsa are not getting chemical fertilizers needed by the crop.

Agriculture Inputs Office Ltd, Parsa, does not have urea in stock.

Kurmi is not the only one. Thousands of farmers in the district are reeling under shortage of chemical fertilizers.

AICL had opened eight global tenders for supply of chemical fertilizers in Fiscal Year 2017/18. As per the contracts signed with suppliers, it should have received chemical fertilizers within 117 days of the signing of contracts. However, it is yet to receive delivery even though it has already been a year since the contracts were signed. Now, the AICL has extended the deadline for delivery of fertilizers for six months. The decision has put farmers on the receiving end.

Price of chemical fertilizers changes based on demand and supply situation in the market. Statistics show price has fluctuated by US$ 250 to 450 per ton in a year. Suppliers often seek extension to delivery deadline if price rises in the international market after the contract is signed. It could be one of the reasons why suppliers sought delivery deadline extension, a source with the AICL told Republica.

AICL officials say they are aware of the difficulties that the farmers are facing. But they say they are left with no option but to wait for delivery by the suppliers. "This is the season when farmers everywhere need chemical fertilizers. But we have not been able to provide fertilizers to them," Naresh Prasad Jayswal, former president of Agriculture Cooperative Association of Parsa, said. "AICL has assured us that it will receive consignment of fertilizers within a week."

Meanwhile, Gorakhnath KC, senior officer of AICL's regional office in Birgunj, said that the office has Diammonium Phosphate (DAP) and potassium in stock, but not urea. "Hopefully, we will get delivery of urea within a week," he added.