Upsets and tears, Asia makes an impact but little progress at World Cup 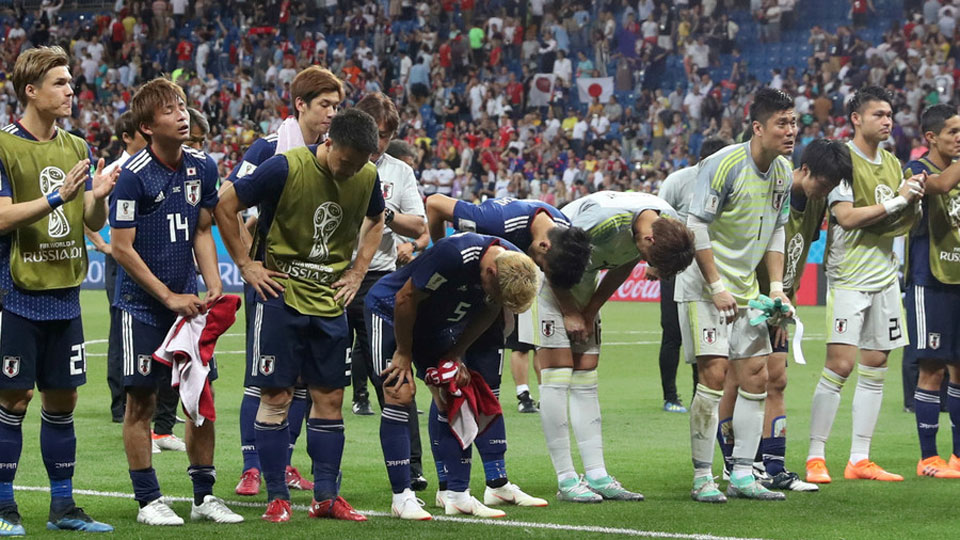 KAZAN, July 3: South Korea hammered the Germans, and Japan very nearly did the same to Belgium, but Asia’s representatives are once again heading home before the business end of the World Cup gets going.

The Samurai Blue looked like providing the biggest shock yet of a tournament riddled with upsets when they led the richly talented Belgians 2-0 with half an hour to play on Monday, only to lose 3-2 in the last minute of stoppage time.

Understandably, the Japanese were shattered by the end to their dream of reaching the last eight for the first time and becoming Asia’s first World Cup quarter-finalists since the continent hosted the tournament in 2002. “This is football. It is a bitter pill to swallow, but a result that we have to accept,” Shinji Kagawa said.

“I wanted to create a new chapter in history, but we have realized what a big wall in world soccer we have to climb.”

It is a wall that Asian teams have managed to scale only twice: when South Korea reached the semi-finals on home soil in 2002, and their cousins in the North got to the last eight at the 1966 World Cup in England.

A contingent of five Asian countries competed in Russia for the first time, and at least there were four victories to celebrate - a stark contrast with the 2014 finals when the continent went winless.

Japan’s victory over 10-man Colombia in their opening fixture was the first competitive win for the continent over a South American side, while South Korea’s defeat of the defending champions in their final group match was simply extraordinary.

Iran also opened with a smash-and-grab raid of a win over Morocco but they were always up against it in a group that also featured Spain and Portugal, while Saudi Arabia beat Egypt in a final fixture that was the deadest of dead rubbers.

Only Australia, part of the Asian confederation since 2006, were unable to register a victory, once again illustrating that organisation and fighting spirit will not get you far at the World Cup if you cannot find the net.

The South Korean players were in tears when they realised that their 2-0 win over Germany in Kazan would not send them through to the last 16, but defeats in their first two matches had left them with only the slimmest of chances. Japan likewise might have felt unlucky on Tuesday morning, but they only made it to the second round because they had fewer yellow cards in the group stage than Senegal.

Asia will host the World Cup for the second time in Qatar in 2022, when automatic qualification for the hosts means the continent could be represented by six teams.

China will still need a serious upturn in fortunes if it is to join the many Chinese sponsors in Qatar, and it may even have to wait until the floodgates open for the mooted 48-team World Cup in 2026 for a place on football’s biggest stage.

At the very least, though, the performances of Japan and South Korea might stop Asia being the first point of call for those who want to argue that the World Cup is already too big.

KATHMANDU, Dec 8: National league champion Three Star Club has been deprived of its rights to compete in the playoff... Read More...