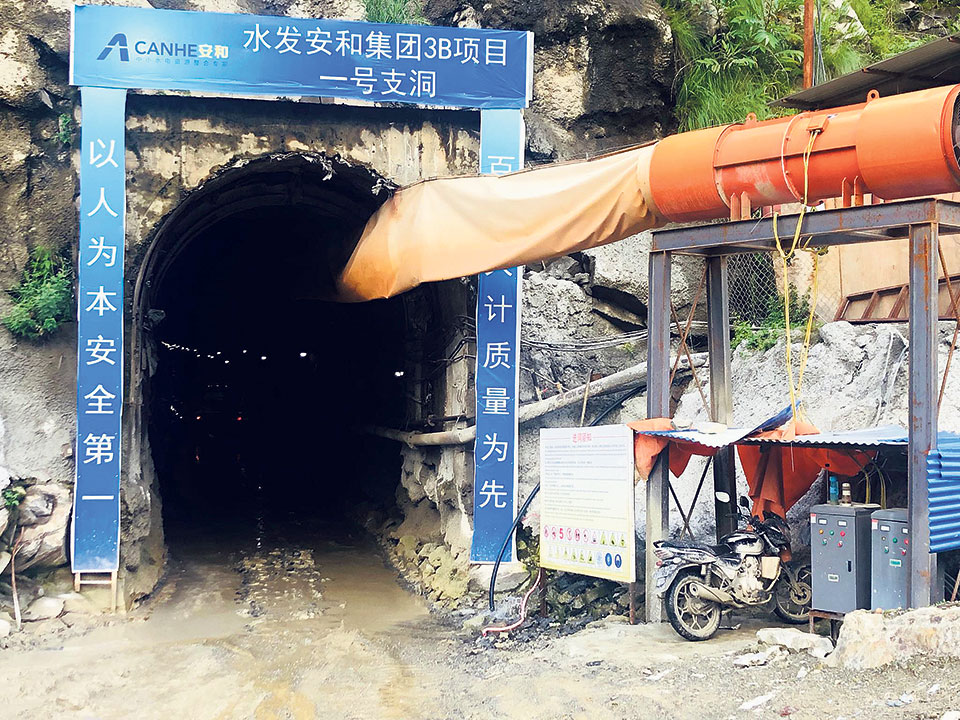 The project is being built under People's Hydropower Program which was initiated by the government to mobilize public capital for hydropower projects.

According to the company, it has already dug 1,400 meters of the 3,085 meters headrace tunnel.

Mohan Prasad Gautam, managing director of Upper Trishuli 3 'B' Hydropower Project, told Republica that the tunnel is being dug from four locations. "We are putting pressure on the contractor to complete the project within the stipulated timeframe. If it increases work pace a bit, I am confident of completing the project in time," he added. Work on the project began from mid-March last year. It is expected to be completed within three years.

"The project has achieved 40% physical progress and 20% financial progress so far. Works on powerhouse, surge tank and head reservoir are going on at present,” he added. "The contractor has also started procuring electromechanical equipment like turbine, runner and generator."

According to Gautam, the project does not need to build dam and complete descender works as it is a cascade project of Upper Trishuli 3 'A'.

The project is being built in Engineering, Purchase and Construction (EPC) model by Sichuan Anhe Hydraulic and Hydroelectric Engineering. The Chinese firm signed contract worth Rs 9.1 billion on February 9, 2018.

Gautam told Republica the project was facing some problem in tunnel digging due to lack of emulsion. "But we are forging coordination with government agencies to resolve the matter. We are in constant talks with the Department of Electricity Development; the Ministry of Energy, Water Resources and Irrigation; the Ministry of Home Affairs; the Ministry of Defence; and Nepal Army," he said.

"The project is attractive as it can generate energy as per its installed capacity i.e. 37 MW for eight months in a year. It produces a minimum of 25 MW even during dry months," added Gautam.

I have a desire to handover leadership of unified party to a new-generation leader: Oli (With full text Oli's response to Dahal)
57 minutes ago