Upper Karnali Hydropower Project likely to sign PPA by May 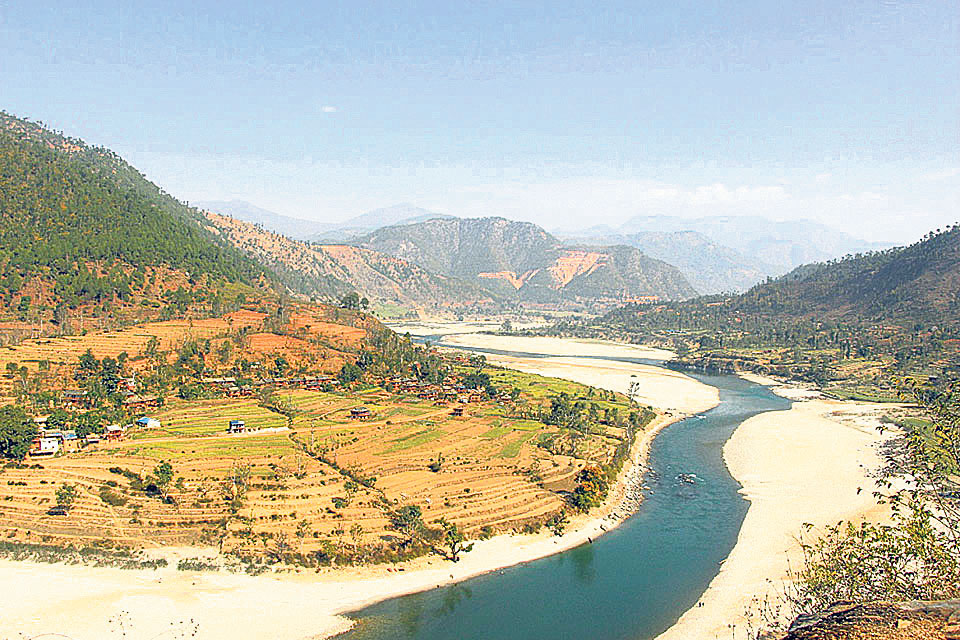 KATHMANDU, Feb 10: The Upper Karnali Hydropower Project (UKHP) is likely to sign the Power Purchase Agreement (PPA) within three months as it has received the letter of intent (LoI) from the government of Bangladesh.

The Indian company GMR Energy which is developing the hydropower project had received the LoI from the Bangladeshi government on January 30, 2020. “With this, a door to expedite the PPA signing has been opened,” said K K Sharma, project head at GMR Upper Karnali Hydropower, “We are preparing for bank guarantee of US$ 5 million and it will be submitted within the next two weeks.” Sharma shared that the signing will take place in May if everything goes as smoothly as the company has planned.

The tariffs, terms and conditions of the PPA with GMR Energy for the import of 500 MW to Bangladesh were finalized last year. The 900 MW export-oriented project will supply power to India and Bangladesh. The project plans on developing its own transmission line to evacuate the electricity it generates. The Indian party will get IC 4 paisa per unit as a trading margin for transmitting the power to Bangladesh. The supply of power to Bangladesh from India is expected to become exemplary in terms of regional power trade agreement.

A GMR official said that the company is trying to maximize the participation of Nepali banks for the financial closure. “With the engineering, procurement and construction (EPC) closing, it will be easier for the company to know the actual construction cost,” Sharma added. The company has categorized EPC into two packages: EPC-I for civil hydro-mechanical and EPC-II for electromechanical works. “We want to call for the commercial discussion by the end of this month,” he said. The estimated budget for the completion of the project is $ 1.5 billion.

The project was awarded to GMR through a competitive bidding process in 2008 as an export-oriented project aimed at the Indian market. Nepal will receive 27% free equity and 12% free energy from the Upper Karnali project. This amounts to 108 MW of electricity, approximately equal to 15% of the current installed capacity in Nepal. The Upper Karnali Hydropower Project is the first trilateral power trade project in South Asia.

SURKHET, Dec 22: Locals are elated with hopes that the impasse regarding construction of the proposed Upper Karnali Hydropower Project... Read More...