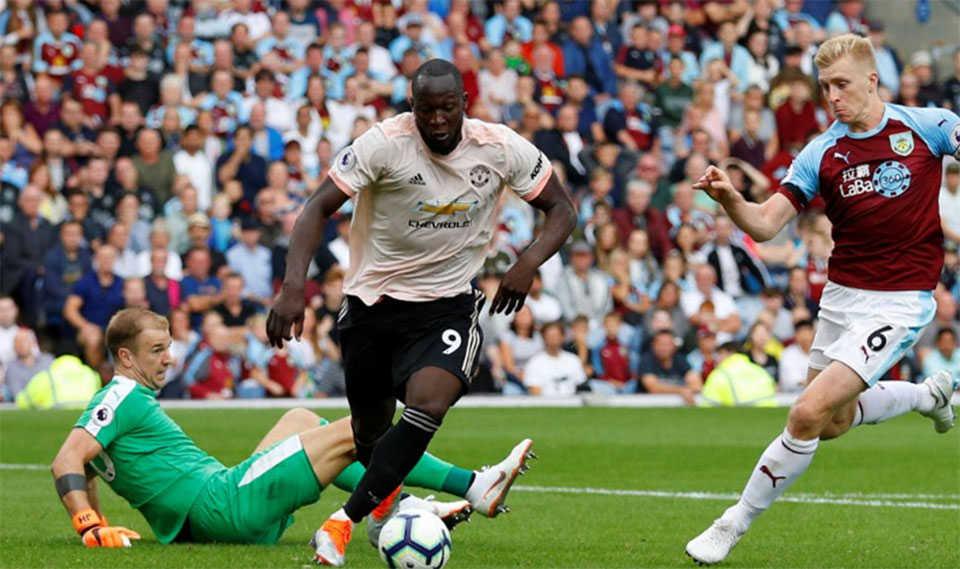 But it was not all good news for Mourinho, as substitute Marcus Rashford was sent off in the 71st minute for pushing his forehead into Phil Bardsley’s head.

Rashford’s loss of cool, described by Mourinho as “naive”, was the only real blemish in a solid performance along with Paul Pogba missing a second-half penalty.

As expected, some United fans protested against chief executive Ed Woodward by hiring a plane to carry a banner over the ground declaring him a “specialist in failure”.

Mourinho said he had not seen the protest and simply said “Ed Woodward won 2-0 today”.

Defeats by Brighton & Hove Albion and Tottenham Hotspur increased the scrutiny on United, Woodward and Mourinho but while this win will not end the doubts over the club’s direction it did suggest they are not in free-fall.

The reaction of the United away support, chanting “Mourinho’s red army” certainly showed that the controversial manager enjoys backing among the club’s hardcore fans.

Mourinho said the fans’ supportive reaction at the end of Monday’s 3-0 home loss to Spurs had set the tone for the performance.

“The three points were an important thing, the quality of the performance and happiness of the team is an Old Trafford response - the way Old Trafford reacted to the boys in the Spurs defeat was important,” he said.

“What Old Trafford did to the team after Spurs was fundamental to the happiness of the team.

“Today the fans were fantastic from the first minute, but Old Trafford is a moment to remember,” he said.

Lukaku opened the scoring in the 27th minute with a simple back-post header from an Alexis Sanchez cross, the big Belgian losing his marker Ben Mee to create space for what Burnley manager Sean Dyche will consider a soft goal.

United were strong physically and direct in approach while their defence, the focus of so much criticism, was given little work from Burnley who played into their hands with an isolated lone striker in Chris Wood.

Lukaku’s second, just before the break, was a little fortunate as the ball fell to him close to goal after Jesse Lingard’s shot ricocheted off two Burnley defenders.

United had a chance to make it three from the spot after Rashford went down under challenge from Aaron Lennon but Pogba’s effort was superbly saved by former Manchester City keeper Joe Hart, who had been taunted throughout by the travelling support.

Bardsley then challenged Rashford as the ball was going out of play and the forward’s ill-considered reaction left United with 10 men.

But Lukaku could have added a third as he burst through, rounding Hart before Mee made a great last-ditch tackle.

Apart from a couple of late efforts from substitute Sam Vokes, winless Burnley created little and their lack of penetration in the final third could leave them facing a long season ahead.

Mourinho ended the game by showing his appreciation for the United supporters who had chanted his name throughout the game and, pointedly, in the final minutes.

No rest yet for red-hot Lukaku, says Mourinho

Sept 30: Romelu Lukaku has started all of Manchester United’s games in the Premier League and Champions League but the... Read More...