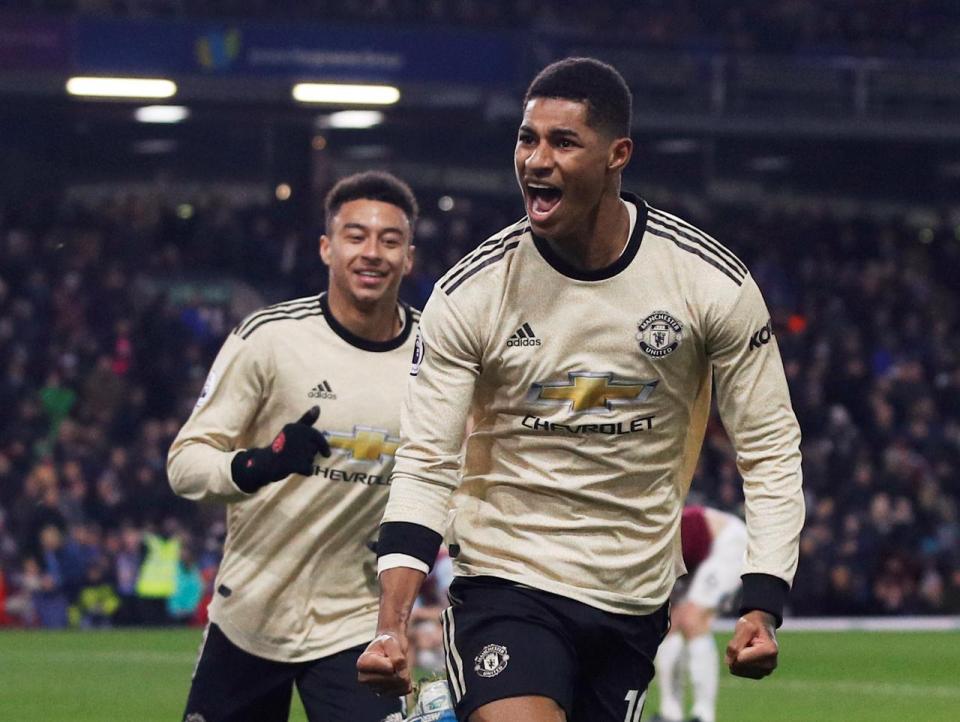 BURNLEY, England, Dec 29: Manchester United climbed to fifth place in the Premier League after goals from Anthony Martial and Marcus Rashford gave them a 2-0 win at Burnley on Saturday which leaves them a point outside the Champions League spots.

For all the question marks over Ole Gunnar Solskjaer and his side, United head into the New Year battling for a top-four place thanks in part to rivals’ inconsistency but also due to the emergence of Martial and Rashford as real attacking threats.

The win also ended a run of 14 matches without a clean sheet for United and was their first away since February, although Burnley’s shot-shy attack certainly made that task easier.

United’s midfield was weakened by the absence of midfielder Paul Pogba, still in recovery phase and rested after two recent substitute appearances, and Scott McTominay who Solskjaer says faces up to four weeks out with a knee injury.

The Norwegian coach was forced to hand a rare start to Nemanja Matic and, despite the absentees, United had little trouble gaining the upper hand against a cautious Burnley.

Rashford forced goalkeeper Nick Pope into action with a long-range free-kick and then hit the post at the end of a swift break while Martial had a shot cleared off the line by Phil Bardsley in the 33rd minute.

The French forward got the breakthrough a minute before halftime with a simple finish after Andreas Pereira robbed defender Charlie Taylor and slipped the ball across to Martial.

Sean Dyche’s Burnley side struggled to create any openings but were more positive after the break and David de Gea had to pull off a fine save in the 68th minute to keep out a low drive from Bardsley.

But after a spell of late pressure from the hosts, United wrapped up the win in stoppage time with Dan James breaking and finding Rashford, who rounded Pope and slotted home.

United end the year with back-to-back wins, following a 4-1 victory over Newcastle United on Boxing Day and the concerns raised by Solskjaer after the recent loss at Watford seem to have had the desired impact.

“We want to get (in the top four) and we’re not far away. We did (challenge) towards the end of last season as well, we were close to the top four, but then we dropped off,” he said.

“Now they’ve responded to the defeat against Watford, I put a challenge to them and they’ve put my words to shame so I’m very happy with them”.

Rashford is developing an impressive understanding with Martial and took time to praise the Frenchman, who scored twice in the win over Newcastle.

“He was brilliant again today. For a forward, there’s nothing better than scoring goals. Hopefully, it keeps his confidence high and this can continue until the end of the season,” he said.