KATHMANDU, Jan 25: A crane being used for the underpass construction at Kalanki has met with an accident.

The driver of the crane has sustained injuries in the accident.

“The crane fell down into the gulch to the southern direction of the Kalanki junction while it was being used to remove the generator at 8:15 am,” said Jujukaji Maharjan, an eyewitness, of Kirtipur Municipality-1.

The beam of the crane has also crushed two huts made of zinc sheets.

According to Maharjan, one of those shanties had a grocery shop while the other one had a wielding workshop.  Fortunately, there was nobody in those shops when the accident occurred, said Maharjan.

“The crane being used for underpass to remove goods including the generator has met with an accident,” Gyanendra Jha, Chief of Ring Road Development Project told Republica Online.

According to police, the crane met with the accident after one of its four legs broke down and lost its balance while it was being used to remove a generator. 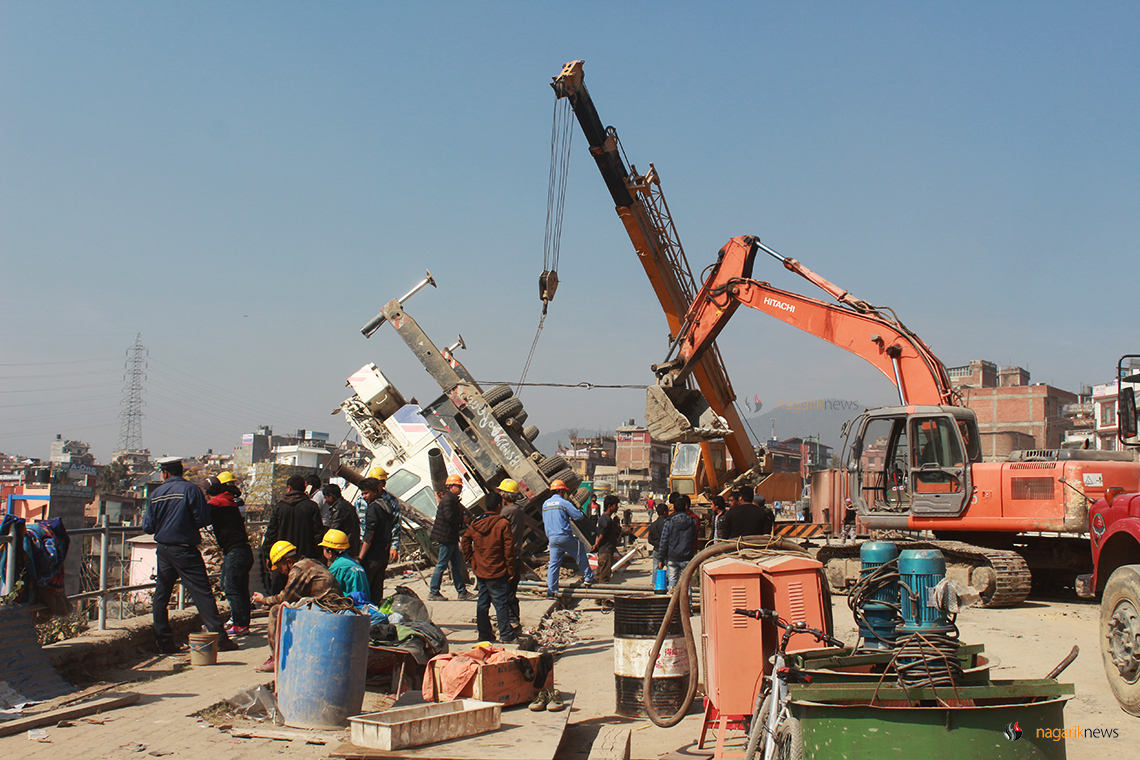 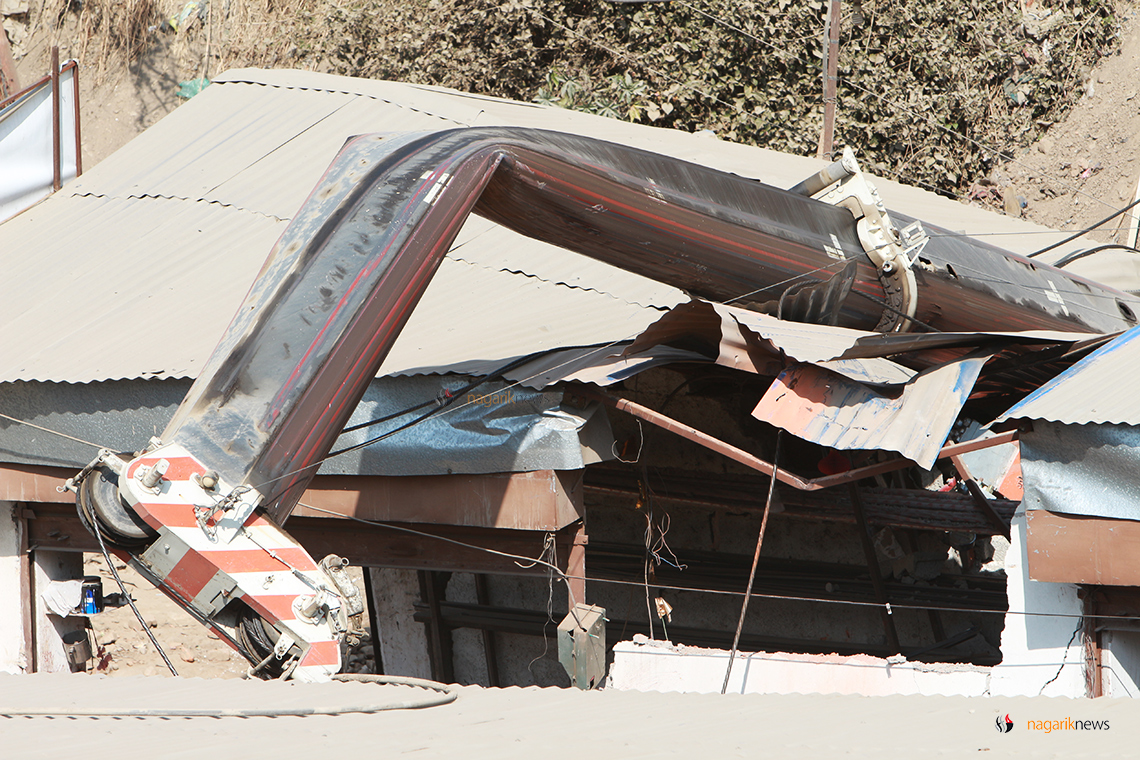 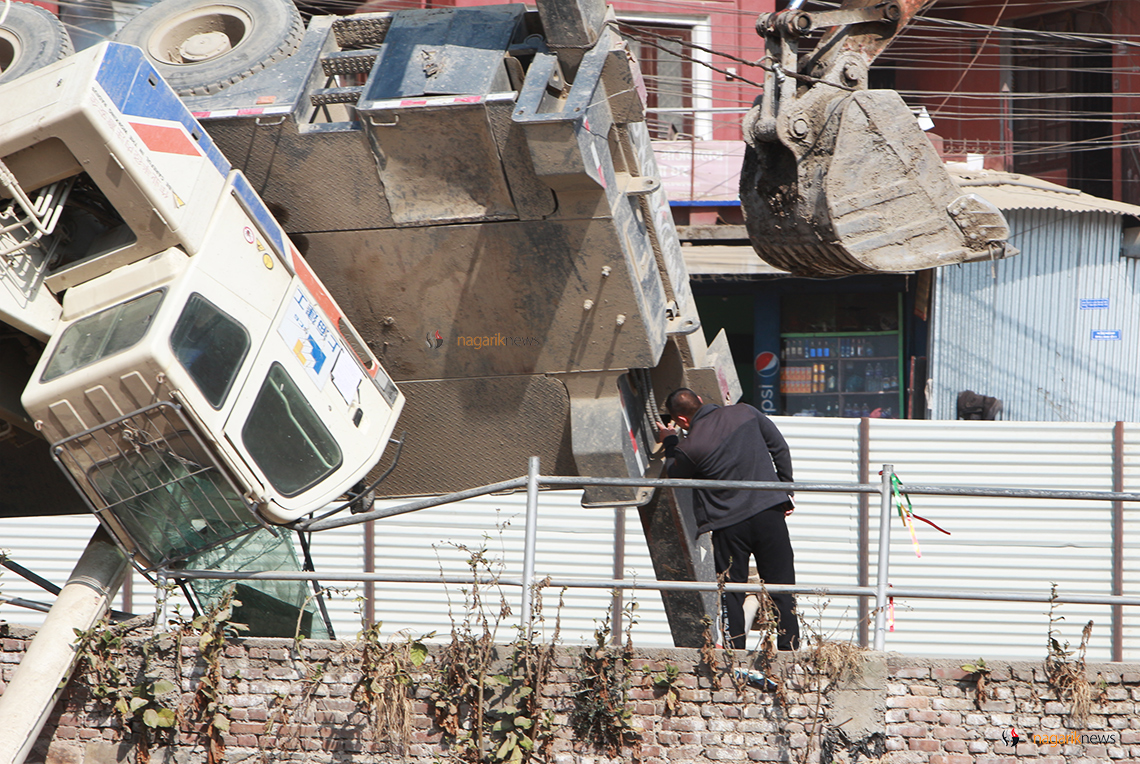 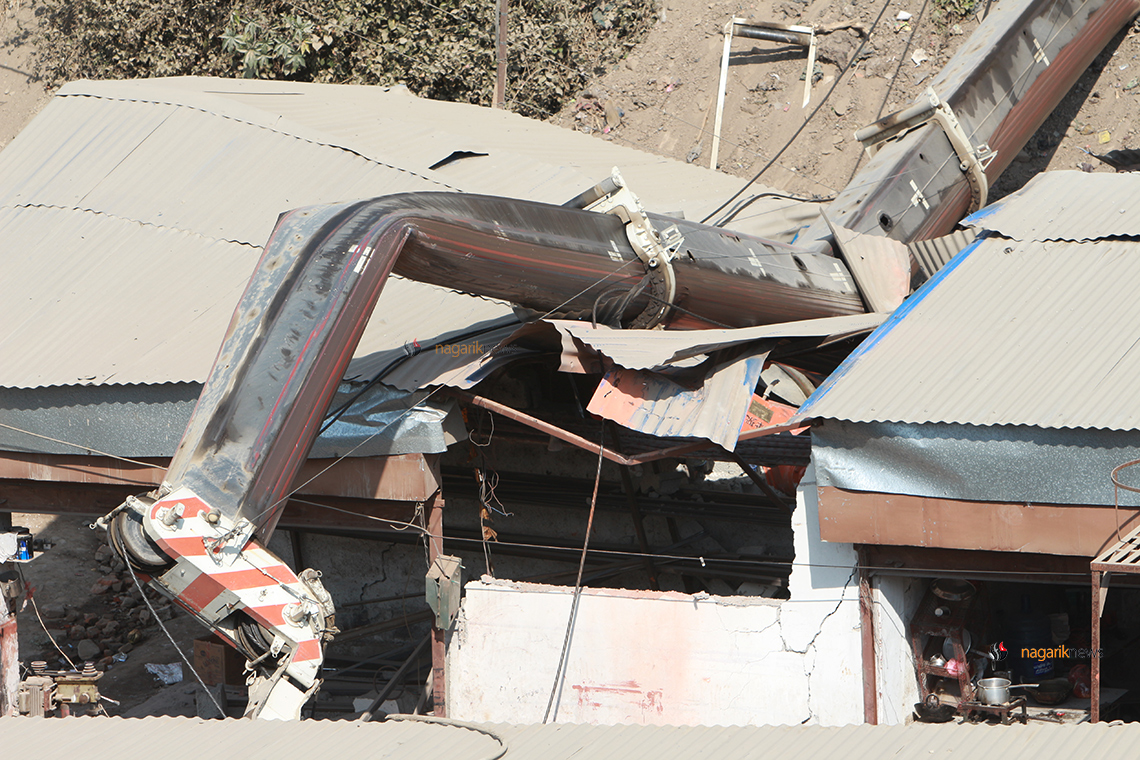 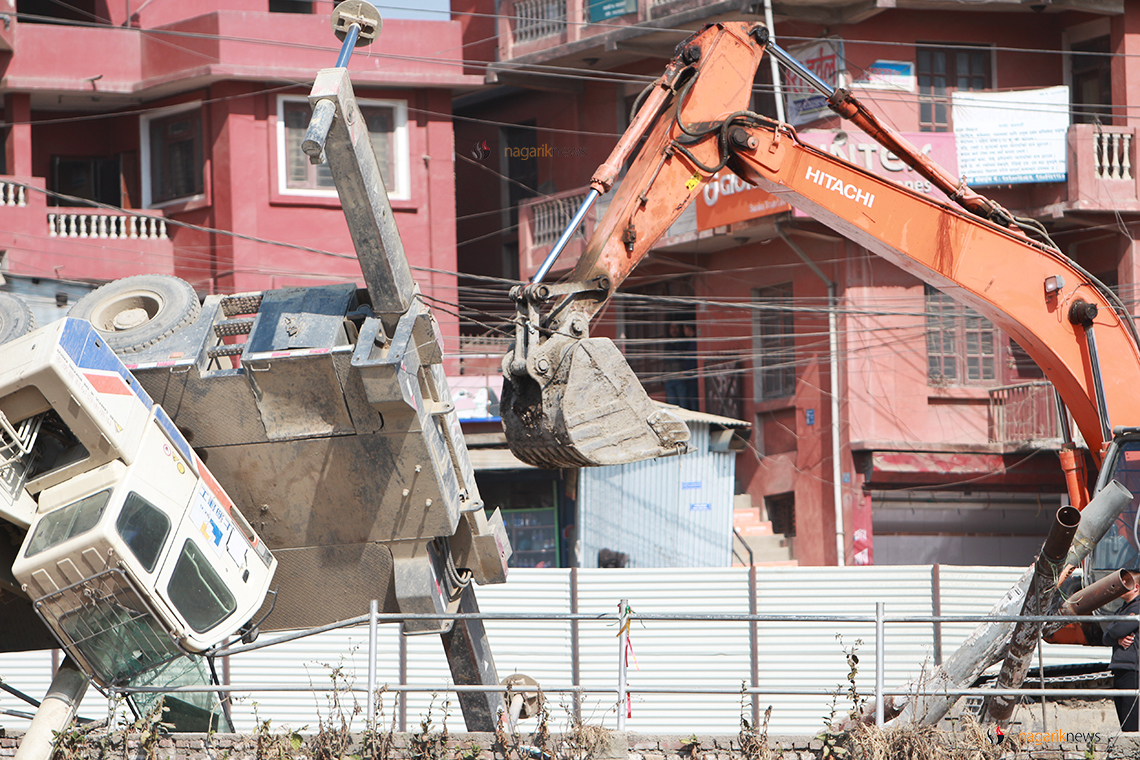 KATHMANDU, Dec 17: As many 26 students were injured after their bus met with an accident near Fakhel of Makawanpur... Read More...