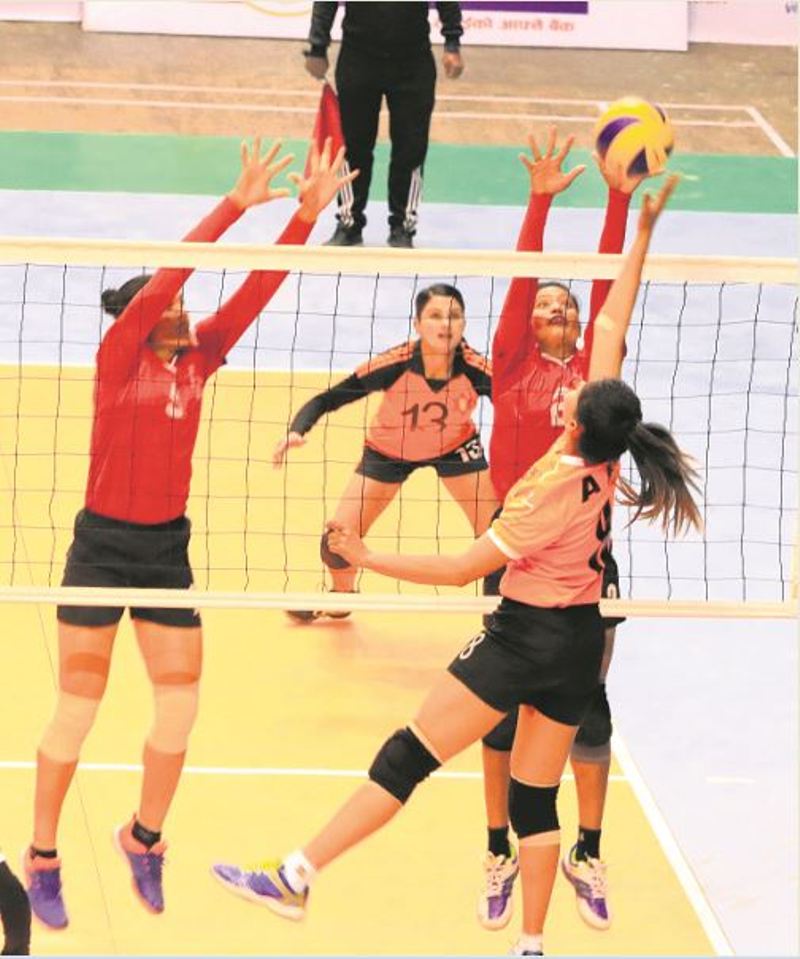 Likewise, New Diamond Club defeated Dhorpatan Sports Club 25-3, 25-16, 25-12 to secure a semifinal spot. After suffering two losses in two games, Dhorpatan crashed out of the championship while Nepal Police Club also found a space in the semis as a runner up.  APF will face Police whereas New Diamond will take on Army in the semis.

Despite the loss, Manimukunda also advanced as a Group A runner-up. APF is the winner of group B.

Army will face Mukundamani, Police will take on Naya Bazar, APF will battle against Buddha Tole and Help Nepal will contest Bulbule in the last eight.

APF into final in both categories