'UN must act tough against Pakistan to protect rights of Baloch people', says activist to UN 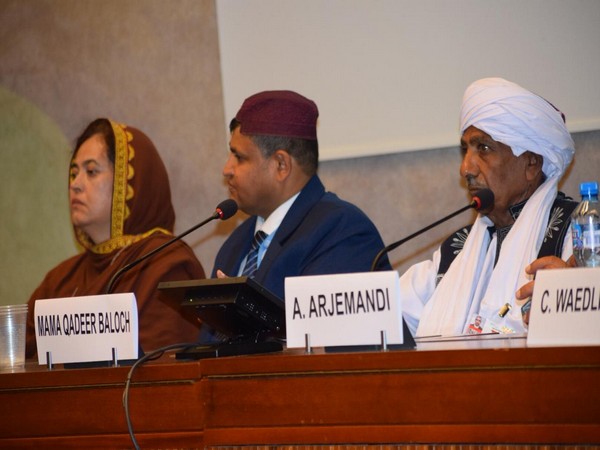 UNITED NATIONS, Sept 19: Human rights activists from Balochistan have asked the United Nations to act tough against Pakistan to protect the rights and lives of the Baloch people.

Speaking after the side event on Human Rights in Pakistan co-organised by Baloch Voice Association during the 39th Session of UN Human Rights Council, a prominent Baloch activist, Mama Qadeer Baloch said, "People in Balochistan are being targetted because they are opposing CPEC (China Pakistan Economic Corridor).

They are demanding Pakistan to leave their occupied territory, which they are not agreeing with. It is because Pakistan's survival depends on Balochistan's resources. There is nothing in Punjab. Pakistan is exploiting resources from Balochistan and also sharing it with China."

Mama Qadeer has been invited for the United Nations Human Rights Council Session and he held a meeting with the Working Group on Enforced or Involuntary Disappearances, who made a visit to Pakistan in 2012 to take stock of growing incidents of enforced disappearances in the country.

He said, "Our demand to the United Nations is that as per its charter, it should put pressure on Pakistan to stop human rights violations in Balochistan and all their demands should be fulfilled."

Naela Quadri Baloch, a prominent woman activist from Balochistan, who now lives in Canada also participated in the event and raised the issue of enforced disappearances. She said, "As per the existing population, every day 10 to 50 people (in Balochistan) are getting disappeared which will result in the elimination of Baloch people".

She added, "They did the same with Bengalis, but their population was huge. Our population is less. They not only want Baloch resources including ports, gold, gas and natural resources but even the parts of our body including kidney and heart. They are kidnapping our children and women so that they get killed and their organs to be sold. Pakistani and Chinese armies are doing it together. You get the cheapest organ transplant in China.

Where do they get all these organs? They have implemented the same in their country and have live blood banks. They are doing the same in Balochistan and Sindh. They are raping women and throwing their mutilated bodies. When will the UN listen to their voice?"

"We don't want CPEC as this has brought devastation in the region. Pakistan Army was doing atrocities for the past 70 years which has seen 100 per cent rise since the launch of CPEC. Our death is attached with CPEC", Naela further said.

The event was attended by many human rights activists including Munir Mengal and exiled Kashmiri leader Shaukat Ali Kashmiri.

KATHMANDU, June 26: Various human rights groups have expressed concern over the failure of the authorities to investigate and prosecute acts of... Read More...