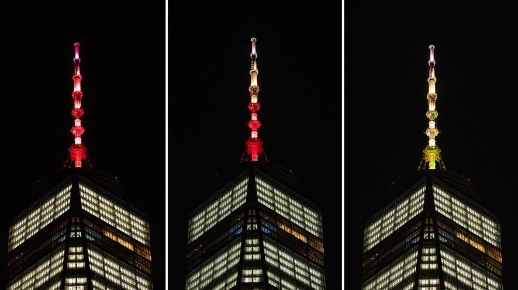 NAIROBI, March 10: The improvement in air quality that has been recorded in Chinese capital of Beijing in the last two decades could serve as an inspiration to world's mega cities grappling with atmospheric pollution, said a UN Environment report launched in Nairobi on Saturday.

"This improvement in air quality did not happen by accident. It was as a result of an enormous investment of time, resources and political will," said Joyce Msuya, the acting executive director, UNEP.

"Understanding Beijing's air pollution story is crucial for any nation, district or municipality that wishes to follow a similar path," She added.

The review on air quality in the Chinese capital that was conducted jointly by UN Environment and Beijing Municipal Ecological Environment Bureau indicated that fine particulate pollution (PM2.5) fell by some 35 percent between 2013 and 2017 thanks to adoption of cleaner energy sources in transport and manufacturing sectors.

Yu Jianhua, deputy director general of the bureau, said there are concerted efforts to reach the World Health Organization (WHO) threshold on air quality in the metropolis.

"Solving all these air quality issues will be a long-term process. We are willing to share our long accumulated knowledge and wealth of experience on air pollution with other cities in developing countries," said Yu.

The third independent assessment of Beijing's air quality by UN Environment followed similar ones that were published in 2009 and 2016 that covered the period between 1998 and 2013.

"It is a good example of how a large city in a developing country can balance environmental protection and economic growth," said Dechen.

He Kebin, dean of Tsinghua University's School of Environment, said that less reliance on coal in manufacturing and transport sectors coupled with embrace of electric vehicles has boosted air quality in Beijing.

Why did the people of Dharan elect independent Sampang as their mayor?
45 minutes ago