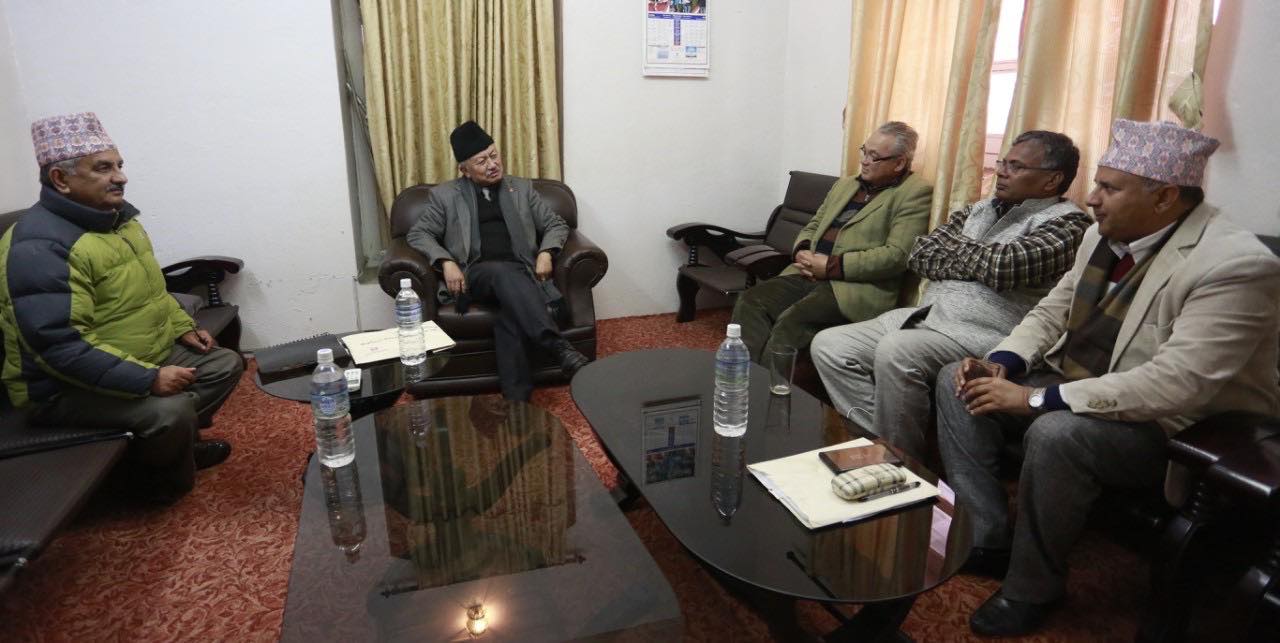 KATHMANDU, Jan 29: The CPN-UML and CPN (Maoist Center) have reached a power-sharing deal to form a government in four and two federal provinces respectively.

Seven weeks after the conclusion of the federal and parliamentary polls, a meeting of the UML and Maoist leaders at Singha Durbar on Sunday successfully ironed out the differences over portfolio distribution and power-sharing at the provincial government with 70:30 split in power.

Negotiators from the two parties have also agreed to form small cabinets in all six provinces.

"The cabinet in these provinces would comprise 7 to 11 members depending on the size of the provincial assembly," negotiators from the two parties said in a statement issued after the meeting. The agreement was signed by Subas Nembang, Shankar Pokharel and Surendra Pandey of UML and Ram Bahadur Thapa, Matrika Yadav and Barshaman Pun of the Maoist Center. Negotiators have also agreed to finalize other portfolios based on consensus.

The power-sharing deal, sealed in the backdrop of four-hour-long talks between UML Chairman KP Sharma Oli and Maoist Chairman Puhspa Kamal Dahal, has ended the doubts over the formation of the left government. Leaders from the two left parties said that the '70:30 split in power' at the provincial level would serve as a basis for power-sharing deal at the federal government as well.

"There would be similar distribution of power at the central government wherein the key portfolios would be divided as per the seats won by the two parties," said Maoist spokesperson Pampha Bhusal.

Sunday's agreement has also revived hopes of early breakthrough in talks over the planned unification between the two parties. Leaders said that Oli and Dahal have agreed to sort out the leadership and organizational issues together with a power-sharing deal for the federal government.

Maoist leaders Birman Chaudhary and Jhapat Bohara are the two contenders for chief minister in Province 7.

KATHMANDU, March 1: A meeting between  Left Alliance and the Federal Socialist Forum Nepal (FSFN) ended inconclusively after they could... Read More...

KATHMANDU, March 1: The possibility of the Federal Socialist Forum Nepal (FSFN) joining the left alliance government has increased with both... Read More...