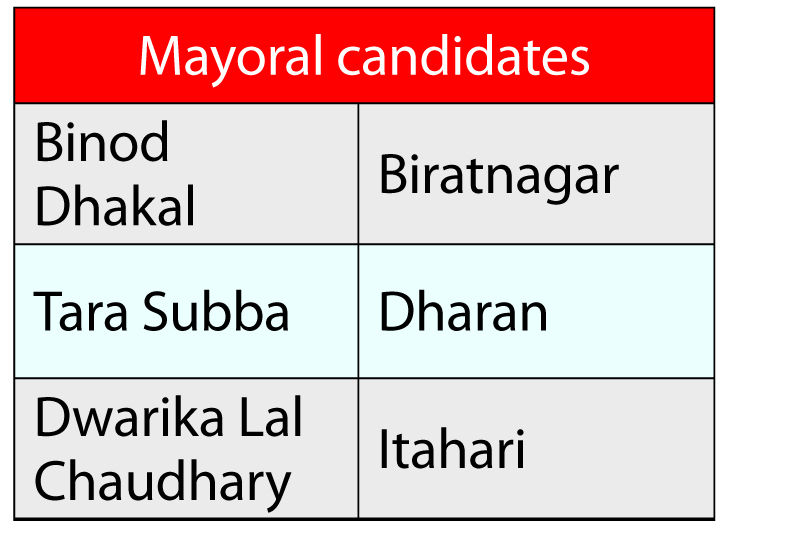 KATMANDU, June 10: With the second round of elections just 17 days away, the main opposition CPN-UML has finalized its candidates of one metropolitan city and two sub-metropolitan cities in province 1.

The party’s Standing Committee meeting held at its headquartering in Dhumbarahi finalized the candidates of province 1.  The party has fielded Binod Dhakal as the mayoral candidate for Biratnagar Metropolitan City.  Dhakal is the party’s chairperson of Morang district.

UML, which has already finalized candidates for provinces 5 and 7, is yet to forge consensus among party rank and file over whom to field as candidates in Province-2.
“Leaders are finalizing candidates for Province-2. They will come up with a conclusion soon,” said Surya Thapa, the party’s deputy spokesperson.

Province-2 is considered as the litmus test for the UML in the context of ruling Nepali Congress, CPN (Maoist Center) and other Madhes-based parties forging electoral alliance against the UML.

Vote counting in Bharatpur metropolis has been put on hold following disturbances after some ballot papers were torn apart while the vote counting was about to complete.

KATHMANDU, June 11: With the second round of elections just 17 days away, the main opposition CPN-UML has finalized its candidates... Read More...

UML finalizes its candidates in Province 1

KATHMANDU, June 16: CPN-UML has finalized its candidates in 14 districts of Province 1 for the second round local elections... Read More...